Return Value: It returns a string value which represent the place where the response has to be submitted.

Example: This example describes how to set and get the value of formTarget property.

Before clicking on button: 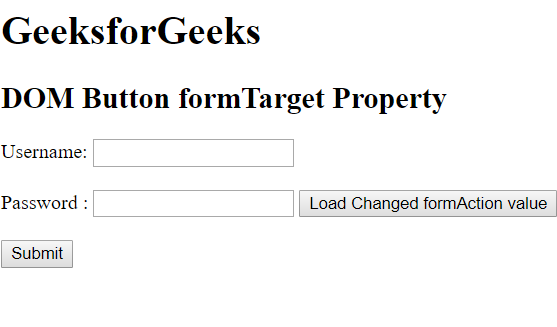 After clicking on button: 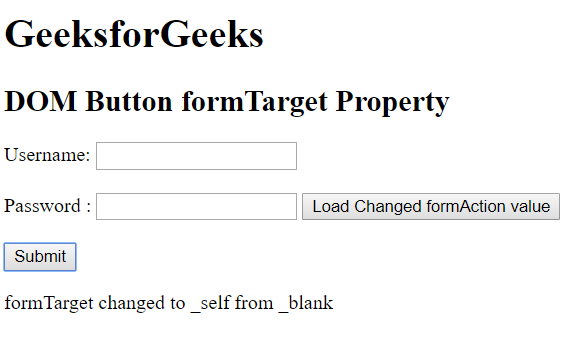