Pseudo code is a term which is often used in programming and algorithm based fields. It is a methodology that allows the programmer to represent the implementation of an algorithm. Simply, we can say that it’s the cooked up representation of an algorithm. Often at times, algorithms are represented with the help of pseudo codes as they can be interpreted by programmers no matter what their programming background or knowledge is. Pseudo code, as the name suggests, is a false code or a representation of code which can be understood by even a layman with some school level programming knowledge.
Algorithm: It’s an organized logical sequence of the actions or the approach towards a particular problem. A programmer implements an algorithm to solve a problem. Algorithms are expressed using natural verbal but somewhat technical annotations.
Pseudo code: It’s simply an implementation of an algorithm in the form of annotations and informative text written in plain English. It has no syntax like any of the programming language and thus can’t be compiled or interpreted by the computer. 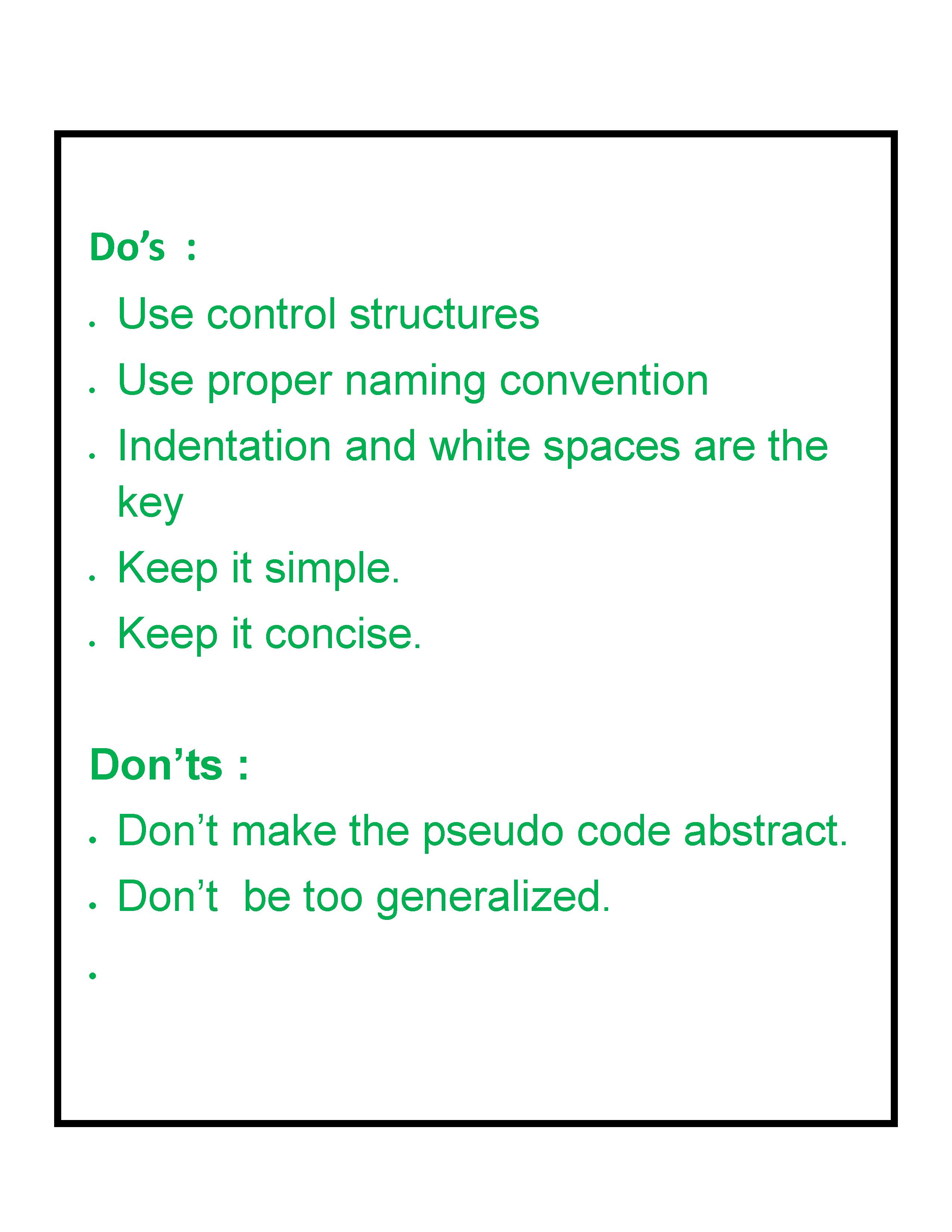 My Personal Notes arrow_drop_up
Previous
Algorithms | Misc | Question 6
Next
Difference between Algorithm, Pseudocode and Program
Recommended Articles
Page :
Multiplicative Congruence method for generating Pseudo Random Numbers
16, Jul 20
Additive Congruence method for generating Pseudo Random Numbers
16, Jul 20
How to use SVG with :before or :after pseudo element ?
25, Nov 20
Java Program to Implement Naor-Reingold Pseudo Random Function
02, Dec 20
Use of :even and :odd pseudo-classes with list items in CSS
04, Apr 19
CSS | Pseudo-classes
03, Jan 19
Java Program to Implement the Linear Congruential Generator for Pseudo Random Number Generation
14, Dec 20
Java Program to Convert Binary Code into Gray Code Without Using Recursion
14, Dec 20
How to write Into a File in PHP ?
30, Apr 21
How to write a program that will return true if the bottom of the page is visible in JavaScript ?
14, Apr 21
CSS | :read-write Selector
21, Dec 18
Step by Step guide to Write your own WordPress Template
16, Jan 19
Why is Java 'write once and run anywhere'?
24, May 19
How to write an inline IF statement in JavaScript ?
29, May 19
Kotlin Collection Write operations
16, Sep 19
Node.js | Buffer.write() Method
23, Dec 19
How to write a cell phone number in an international way using JavaScript ?
30, Dec 19
How to read and write JSON file using Node.js ?
28, Jan 20
Why split the <script> tag when writing it within document.write() method in JavaScript ?
30, Jan 20
Node.js | fs.write() Method
13, Mar 20
How to write asynchronous function for Node.js ?
26, Apr 20
How to write <dt> and <dd> element on the same line using CSS ?
02, Jun 20
How to write backslash in Golang string?
23, Apr 20
How to Format a Write–Protected Pen Drive?
04, May 20
Article Contributed By : 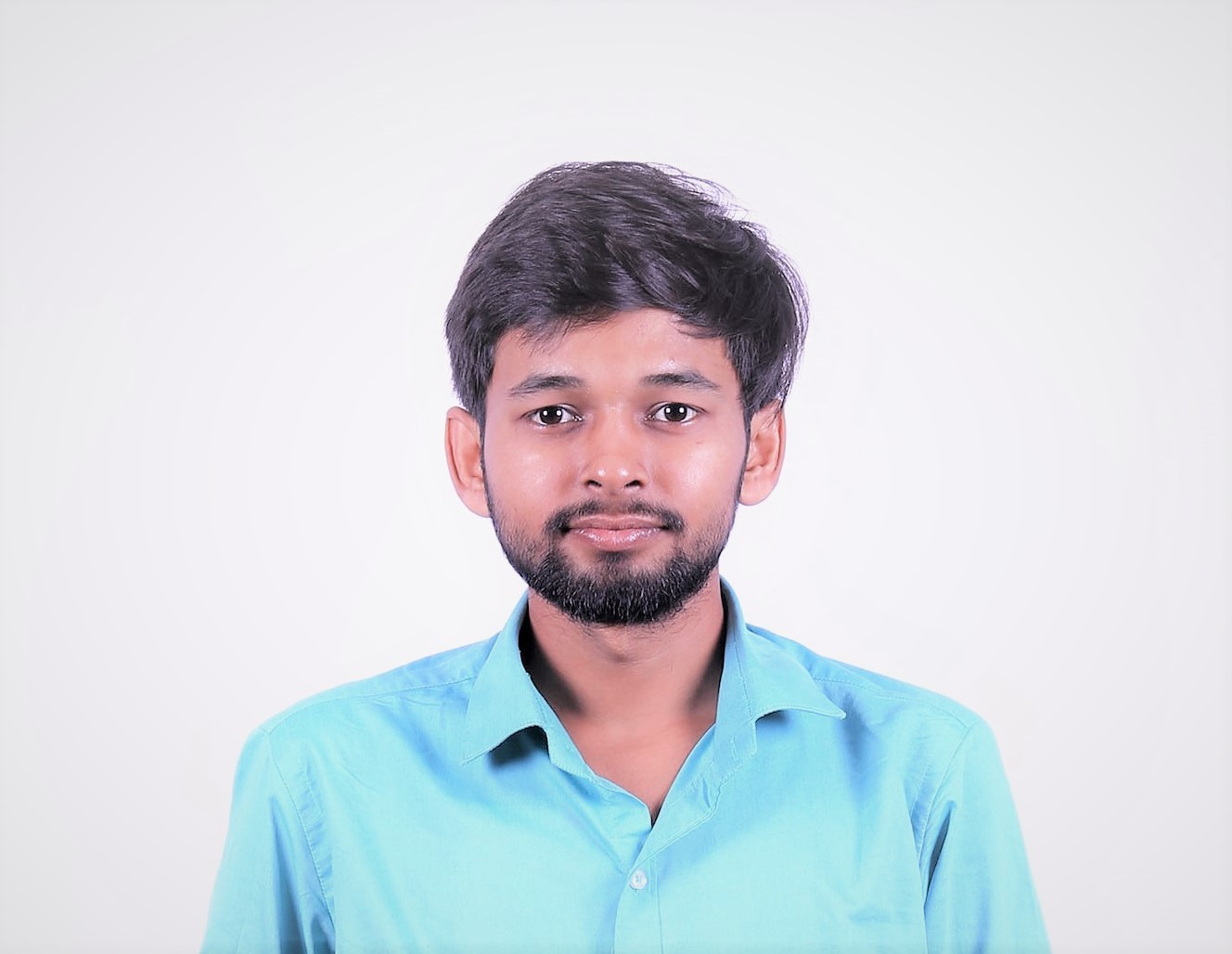