How to use OESIS (On-line Encyclopedia of Integer Sequences)

We sometimes land up in a situation when various coding problems can be simplified to a mathematical formula but often finding that formula isn’t that straightforward .Here comes, OESIS for rescue. We can calculate the terms for initial indices i.e n=0,1,2,3,…….. and then may use OEIS to find the mathematical expression.

Lets try to understand using an example: You are given n balls and are supposed to make equilateral triangle as shown in the image below.Each subsequent pattern should add a new row  to the triangle.

Now if we see the sequence of dots being added to form triangle,

Now we have got the sequence and if we search it on OEIS ,we get the following result: 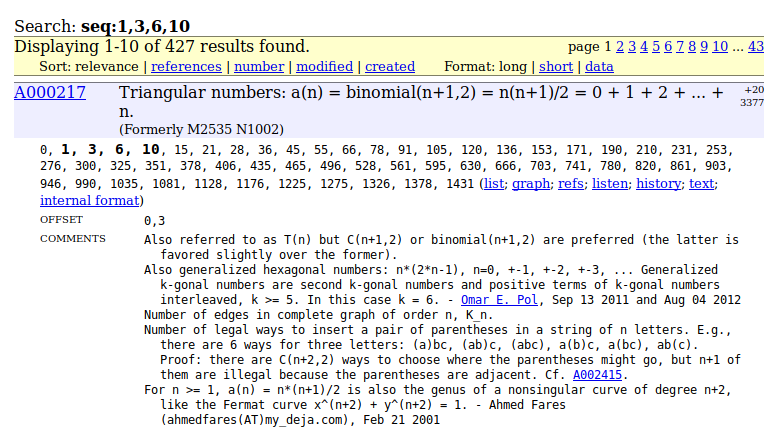 OESIS proves extremely helpful in finding the algorithm to solve the problem.OEIS records information on integer sequences of interest to both professional mathematicians and amateurs, and is widely cited. As of 22 August 2015 it contains over 260,000 sequences, making it the largest database of its kind.