How to use Node.js REPL ?

Node.Js REPL or Read-Evaluate-Print Loop is an interactive shell for the Node.js environment which means we can write any valid Javascript code in it. This is used to test, evaluate, experiment, or debug code much easier and accessible way. It basically acts as the Browser’s Web dev tools’ Console for Javascript.

To use the REPL, you must have Node.js downloaded for your Operating System. To check if the Node.Js is installed correctly, you can use the following command:

If you get a version number, you are good to go else, you need to fix your installation. So, we can now start to use the node.js REPL in your machine.

How to Start the REPL: To start the Node.js REPL is quite easy and straightforward, you simply have to enter the word node into the Terminal/CMD/PowerShell as per your OS.

You can use any valid Javascript code in the prompt. We do not need to use console.log to print the value of the variables, simply the name of the variables might be sufficient in most cases.

As we can see the prompt output is a bit more than plain text, it’s nice colored and even has autocompletion built-in. This makes the REPL more convenient and quick to test up some ideas before actually using them in the project.

Exit from the REPL: To exit from the reply, you can press CTRL + D in Windows/Linux and CMD+D in macOS. Optionally, CTRL+C twice will also work to exit. Alternately we can also use the following to exit out of the REPL :

Using Javascript in REPL: We can use any valid javascript in the REPL. We can use variables, strings, concatenation, arithmetic, and all of the stuff that can be feasible in the REPL. There are limitations to what we can write in the REPL, like a bit longer and functional programs. This issue will be seen in the next section of REPL Commands.

Underscore Variable: The underscore Variable (_) will give us the result of the last executed command or code. It can be a variable value, function return value, or anything which can return some kind of value, if there is nothing from the evaluation the REPL will default it to undefined. 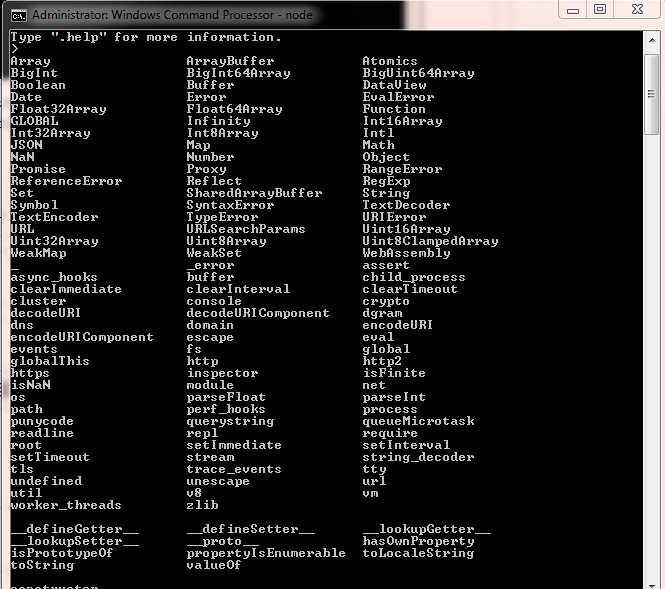 If you want to import other modules, you need to follow the following procedure: You need to firstly install the package via the npm package manager for Node.Js.

After installing the module in the same directory, we can use the “require” command to get the module’s core functionalities. 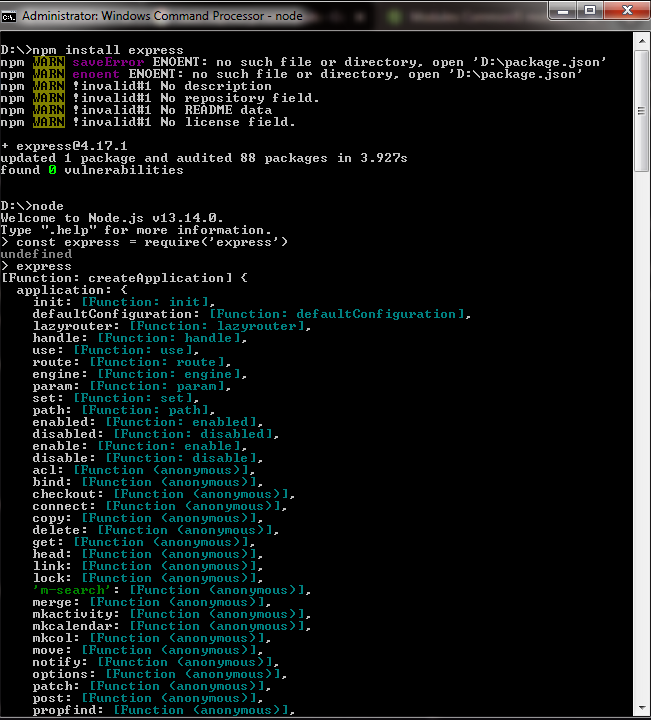 As we can see the command:

Here, express can be other modules as well. We even use the functions in the modules after writing the boilerplate code for the packages in the REPL. Even we can use a template as a file and load that into a REPL. This makes testing some regularly used modules very easy and quick.