How to use files in public folder in ReactJS ?

The public folder contains static files such as index.html, javascript library files, images, and other assets, etc. which you don’t want to be processed by webpack. Files in this folder are copied and pasted as they are directly into the build folder. Only files inside the `public` folder can be referenced from the HTML. 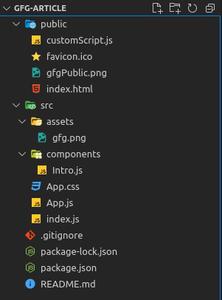 For the above file structure, in order to display the src/assets/gfg.png in Intro component, it can be simply imported and shown like this:

For showing image inside the public folder, ‘public/gfgPublic.png’. The URL for the src attribute will be process.env.PUBLIC_URL + “/gfgPublic.png”. Here, the PUBLIC_URL will be replaced with the URL of the `public` folder during the build. 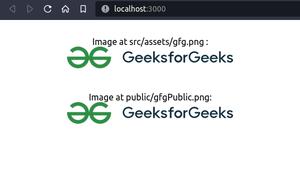 For including any js files from the Public folder in the HTML file, add the following line. The %PUBLIC_URL% will be replaced with the URL of the `public` folder during the build. 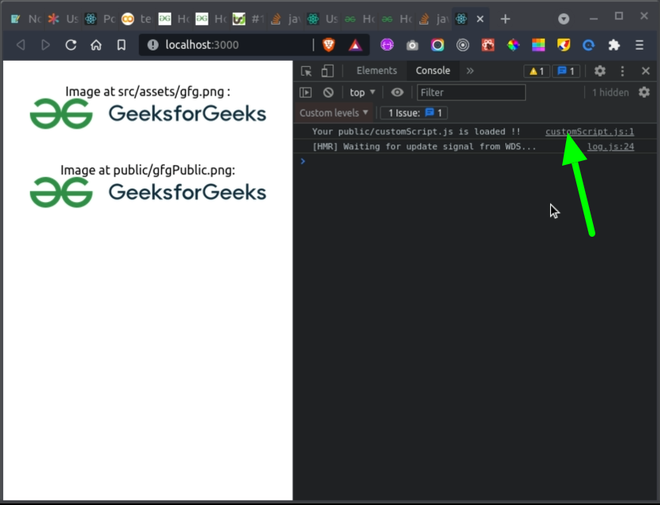