Node.js is a cross-platform JavaScript environment that can be used for server-side scripting. Due to its non-blocking workflow, Node.js is popular among the web developers for building a dynamic web application. Node Package Manager also known as npm is the package manager for Node.js. It also serves as a command-line utility for interacting with the npm online repository for package installation, version management, and dependency management. It is important to have Node.js installed in order to use npm. Also, working with updated versions of Node.js and npm ensures better performance and added features.Stable version of Node.js can be downloaded or updated from the official Node.js website as well as through the command line using Node Version Manager(nvm). nvm was originally developed for Linux systems, however nvm can be installed separately for Windows system by the following steps: 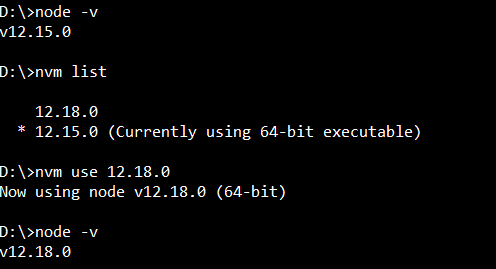 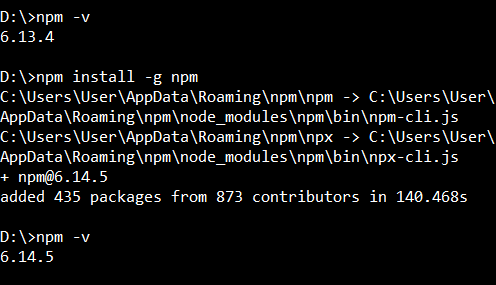 Below is a demonstration for updating Node.js and npm versions for Linux systems. Install nvm in Linux:

JavaScript is best known for web page development but it is also used in a variety of non-browser environments. You can learn JavaScript from the ground up by following this JavaScript Tutorial and JavaScript Examples.

Previous
Installation of Node.js on Linux
Next
How to update NPM ?
Related Articles
1. Difference between npm install and npm update in Node.js
2. Difference between npm i and npm ci in Node.js
3. How to solve npm error npm ERR! code ELIFECYCLE ?
4. How to install the previous version of node.js and npm ?
5. How to find the version of an installed npm package in node.js ?
6. How does NPM handle version conflicts ?
7. How to uninstall and update any dependencies through NPM ?
8. How to update NPM ?
9. When to use next() and return next() in Node.js ?
10. What are the differences between npm and npx ?
Article Contributed By :