How to plot means inside boxplot using ggplot2 in R?

In this article, we are going to see how to plot means inside boxplot using ggplot in R programming language.

A box plot in base R is used to summarise the distribution of a continuous variable. It can also be used to display the mean of each group. Means or medians can also be computed using a boxplot by labeling points.

The ggplot method in R is used to do graph visualizations using the specified data frame. It is used to instantiate a ggplot object. Aesthetic mappings can be created to the plot object to determine the relationship between the x and y-axis respectively. Additional components can be added to the created ggplot object.

Geoms can be added to the plot using various methods. The geom_boxplot() method in R can be used to add box plots in the plots made. It is added as a component to the existing plot. Aesthetic mappings can also contain color attributes which is assigned differently based on different data frames.

The method stat_summary() can be used to add mean points to a box plot. It is used to add components to the made plot. This method saves the calculation of mean before plotting the data. 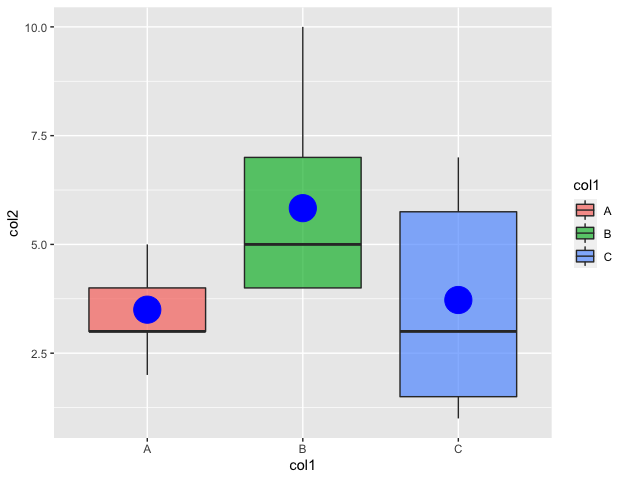 Aggregate() method in base R is used to split the data into subsets. It can also be used to compute summary statistics for each of the computed subsets and then return the result in a group by form.

The boxplot can be customised further to add points and text on the plot. 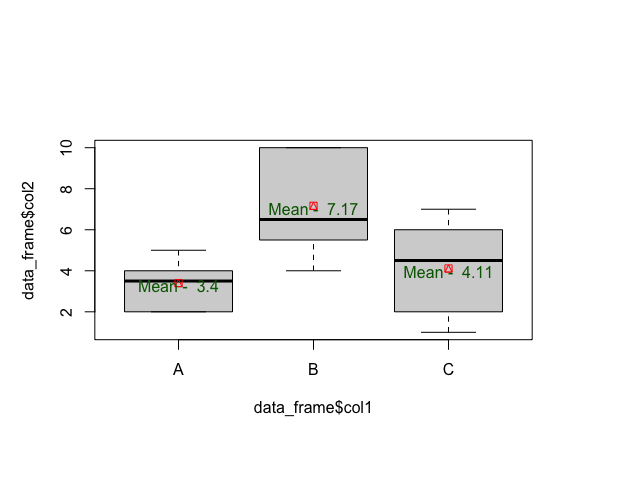