How to operate callback-based fs.rename() method with promises in Node.js ?

The fs.rename() method is defined in the File System module of Node.js. The File System module is basically to interact with hard-disk of the user’s computer. The rename() method is used to rename the file at the given old path to a given new path. If the new path file already exists, it will be overwritten and if there exists a directory at new path, an error occurs.

The fs.rename() method is based on callback. Using callback methods leads to a great chance of callback nesting or callback hell problems. Thus to avoid it we almost always like to work with promise based method. Using some extra node.js methods we can operate a callback-based method in promise way.

Note: Callback not required if we operate the method with promises.

Approach: The fs.rename() method based on callback. To operate it with promises, first, we use promisify() method defined in utilities module to convert it into a promise based method.

The directory structure before running the program:

The directory structure after running the program: 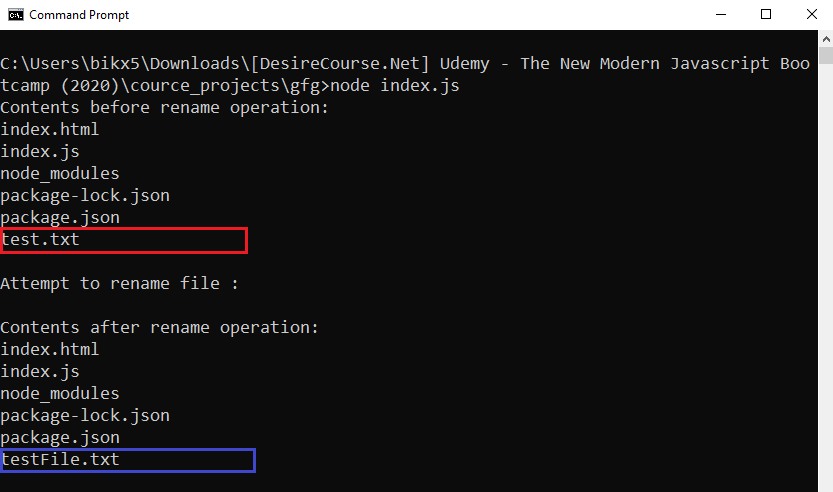 Example 2: When given newpath is not the path to a file but a directory.
Filename: index.js

Implementing the same functionality with async-await.