At present, Python is one of the most versatile and demanded programming languages in the IT world. Statistically, there are around 8-9 Million Python developers across the world and the number is increasing rapidly. Meanwhile, the average salary of an Entry-Level Python Developer in India is around 4-6 LPA, and its rich features such as easier syntax, dynamically- typed, etc. make it the most recommended programming language for beginners. Moreover, there are numerous cutting-edge technologies such as Artificial Intelligence, Machine Learning, Big Data, etc. that are heavily relying upon Python. Indeed, if you start to learn Python by following the right approaches, the language has a lot more to offer you to build a successful career!! 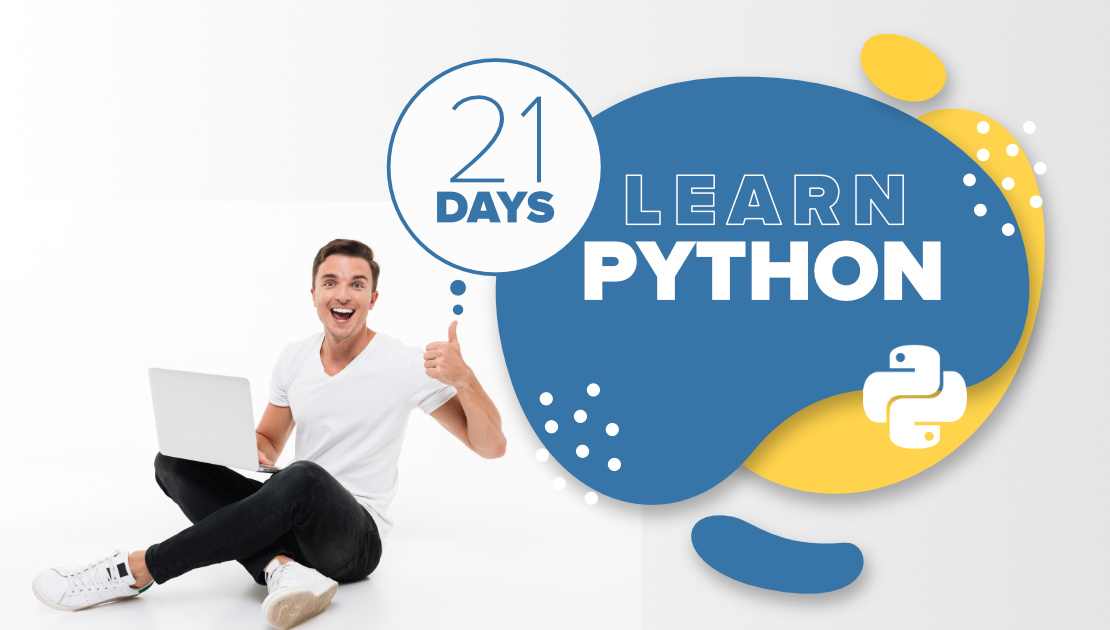 Enhance your Data Analysis skill and techniques along with the proper implementation of various datasets using Python with GeeksforGeeks’ Data Analysis with Python – Self-Paced specially curated for beginners by Sandeep Jain.

After going through the Python Fundamentals, Variables, Operators, etc., now you need to understand the conditionals and control flow statements in Python Programming. The Python Program Flow Control concerns with various topics such as For Loop, While Loop, Do-While Loop, etc. Meanwhile, the Conditional Statements are concerned with several concepts such as If, If- else, Nested if-else, etc. You’re required to cover these topics in-depth and also recommended to solve several programming questions relevant to these topics. Several other topics such as Control Statements like Break, Continue, Pass, etc. can also be taken into consideration.

Once you’ll get done with the above-mentioned topics, now you’re required to understand the String, List & Dictionary Manipulations in Python Language. In general, the Dictionary in Python is an unordered collection of items where each item holds a key/value pair. Moreover, a String in Python is an array of bytes representing Unicode characters, and a List in Python represents a mutable data structure that concerns an ordered sequence of elements. Also, you’re recommended to go through several other topics as well such as Tuple, Sets, etc.

Furthermore, you need to understand one of the most crucial parts of Python Programming – Functions & Modules in Python. You’re required to learn various aspects of Python Functions such as types of functions, how to write & call a function, function with arguments, etc. Moreover, you’re also required to learn about Module in Python which is a file that contains Python definitions and statements.  Also, you need to know about several other topics such as Python Closures, Packages, Lambda functions, and various others.

Here comes one of the most important parts of the Python learning journey – Object-Oriented Programming. You need to understand the Object-Oriented nature of Python Programming through various respective concepts such as class, object, instances, etc. You’re required to learn about the OOPs paradigms such as Inheritance, Polymorphism, Encapsulation, etc. in-depth to command the language. Moreover, you need to learn about several other crucial topics as well such as Data Hiding, Object Printing, Constructors & Destructors in Python, and various others.

After covering the above-mentioned topics, now you’re required to understand several more advanced and underlying Python concepts such as Regular Expressions, Exception Handling, etc. When it comes to Exception Handling, you’re recommended to cover several topics such as Errors and Exceptions in Python, User-Defined Exceptions, Python Try Except, Built-in Exceptions, etc. Moreover, you also need to focus on Regular Expressions in Python which signifies a sequence of characters that forms a search pattern. Several additional topics that can be taken into consideration at this stage are Python Database Interaction, etc.

Furthermore, you need to learn about a few more advanced topics such as Multithreading, Python CGI, etc. Multithreading in Python is concerned with various concepts such as Thread Control Block, Forking threads, Synchronizing threads, etc. Meanwhile, Common Gateway Interface (CGI) Programming in Python concerns the set of rules that are used to establish a dynamic interaction b/w a web server and the browser. Moreover, you are also recommended to go through other crucial topics as well such as Python Collections, etc.

So, after following the above-mentioned roadmap with the right attitude & dedication, you can easily command the Python Language. All you need to do is cover several topics each day to cover the entire curriculum in just 21 days. Now, what are you waiting for? Take out some time from your busy schedule for the next 21 days and dive into the Python Programming World!!

Next
Introduction To PYTHON
Related Articles
1. Learn Java on Your Own in 20 Days - Free!
2. How to Learn CSS in 21 Days?
3. Learn Machine Learning in 45 Days
4. Python | Pandas TimedeltaIndex.days
5. Python | Pandas Timedelta.days
6. How to add Days to a Date in Python?
7. Date Calculator for adding and subtracting days Using Tkinter - Python
8. Python Program to Get total Business days between two dates
9. Python program to find number of days between two given dates
10. How to add and subtract days using DateTime in Python?
Article Contributed By :