How to Install SQLObject package on Windows and Linux?

An object-relational mapping is a bridge between the two worlds. SQLObject is a popular Object Relational Manager for provide an object interface to database, with tables as classes, rows as instances, and columns as attributes. Using an object-relational mapping doesn’t mean that you don’t need to know how relational databases work, but it does save you from having to write SQL. SQLObject programs can be written on any plain text editor like notepad, notepad++, or anything of that sort and saved with a .py extension. This article shows you how to install SQLObject.

To check python existence, run below command on your Command line interface.

Python SQLObject can be installed on Linux in many ways, using pip is one of them.

To check the installed SQLObject, run below command on your Command line interface.

This command will show all the installed packages in your Python environment. 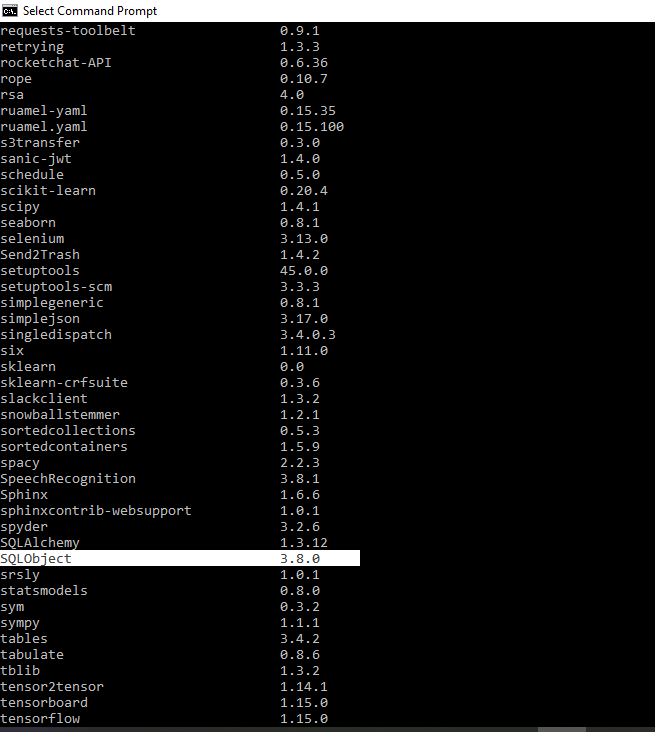 Now, This Package is successfully installed in your Python environment.