How to Install PSAD on Ubuntu Linux?

PSAD(Port Scan Attack Detection) is used to block post scanning on the server. psad tool keeps on monitoring firewall(iptables)logs to determine port scan or any other attack occured. If some successful attack on the server happens psad also takes action to detect the threat. This is a collection of lightweight system daemons that run on a Linux system.

Before installing, update, and upgrade the system.

The command for update:

The Command for upgrade:

Psad requires many dependencies that are installed automatically from the Ubuntu repository. So during the installation, we will get a pop-up like in the below image it is a psad prompt for mail server configuration. 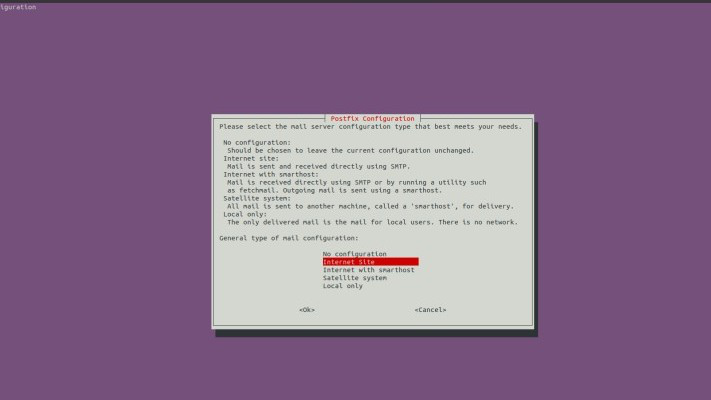 PSAD  uses firewall (iptables) logs to detect any malicious activity in the machine. So to enable logging of packets on input & forward chains of iptables. commands are given below

Hereafter executing the above two commands you will not get any output. Like in the below image

After enabling the logs using the above commands run the following command to list the current configuration of iptables:

By default, Psad stores their configuration files, snort rules & signatures are under  /etc/psad directory. Let us start by editing the main psad configuration /etc/psad/psad.conf, this has many parameters to change while deploying to the production server. So let’s not dive so deep into the concept here we will change few things in PSAD so that it detects iptables logs and takes necessary action to detect the attack. 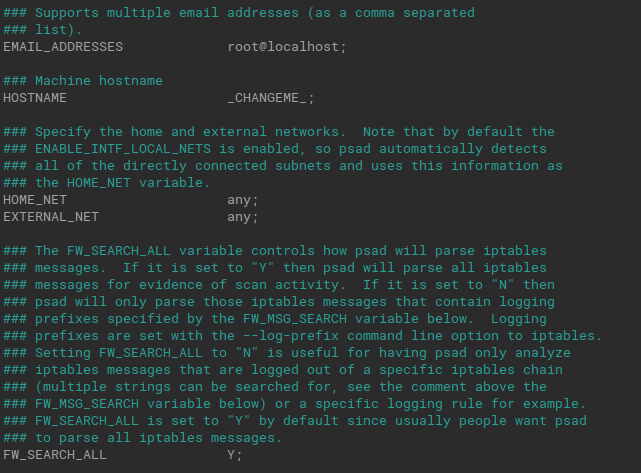 So Change the file as given below:

One of the main configurations of PSAD is setting the IPT_SYSLOG_FILE parameter. by default it searches for logs in  /var/log/messages, but in ubuntu, it  is in /var/log/syslog  so we have to change the path so that PSAD detects malicious activity.

Here we will be using  PSAD as IDS/IPS, so enable it. This will automatically change the iptables rules to block scan from the attacker.

So now the basic configuration psad file is completed. Now we can update the signatures so that it can correctly recognize known attack types.

After executing the command you will get a result like in the below screenshot:

So now to start the PSAD use the following command:

We can stop the psad tool by just replacing the start with a stop in the above command.