How to Install Java Applet Viewer on Linux?

Applet viewer is a command-line program to run a java applet. It helps you to test an applet before you run it in the browser. The applet’s code gets transferred to the system & then the Java Virtual Machine (JVM) of the browser & executes that code.

In this article, we will look into the process of installing a Java Applet Viewer on Linux.

Follow the below steps to install Java Applet Viewer on Linux:

Step 1: For installing Java Applet Viewer, you need to first download Java JDK 8. Because Java gives applet only up to JDK version 9 only.

Step 2: Open Terminal and execute the below command:

This command will install Java JDK 8. Or if you already installed it, it will give the following output.

Step 3: Write a sample applet code. You can write the following code also. Save it by the name Demo.java in a folder which name is also Java.

Step 4: Write the following commands one by one to execute the applet program.

Step 5: As a result, the program will be executed & give output. 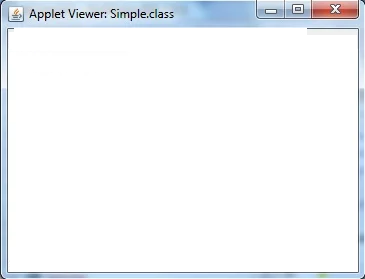