How to Install Go on the Raspberry Pi?

Installing Go on the Raspberry Pi

Step 2: Then the below two commands should be run. These commands will configure the installed Go language in the machine.

Step 3: Wait for some time for the completion of the configuration. It will take some time. 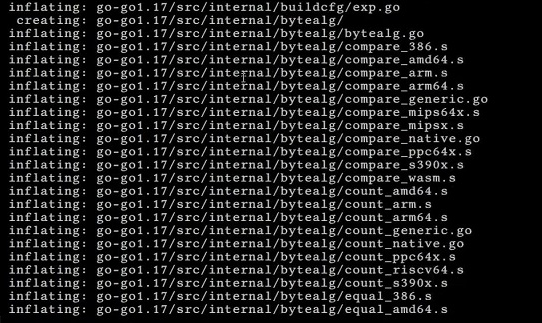 Step 4: At last, when all the processes are completed, then the below two commands should be run. These commands will provide some folder and document names. If these come, then the process is completed successfully.