How To Install “git-gui” on Linux?

Git is a FOSS (Free and Open Source Software) that is used for version control of any set of files, typically, the source code of software projects. Git is a version control system for recording changes in any group of files. During software development, it’s generally used to coordinate work among programmers who are working on source code together. Its goals include speed, data integrity, and support for scattered, non-linear operations.

What is Git GUI?

Git GUI is software that provides a Graphical User Interface to git, making it easier for a user to visualize branches and commit history. Git GUI is a graphical user interface for Git written in Tcl/Tk.

It focuses on letting users make changes to their repository by establishing branches, conducting local merges, and fetching/pushing to remote repositories.

A computer with an installation of any Linux distribution.

Note: We may be prompted to type your password, and type Y to proceed with the installation.

Step 3: Verify that git-gui has been installed successfully by typing the following command:

Alternatively, we can also type:

If the installation was successful, the following window should open. 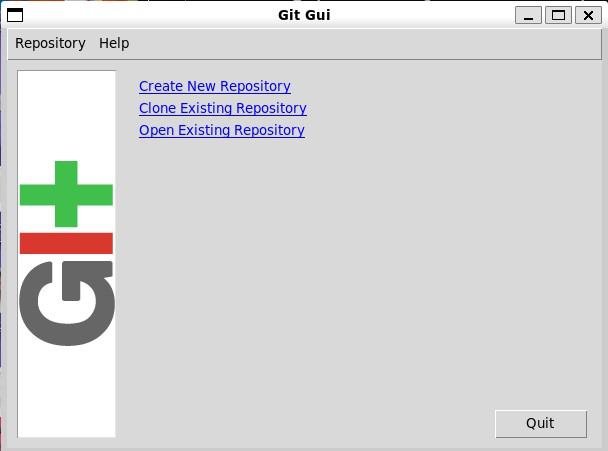