How to Install and Use vnstat Network Traffic Monitoring Tool in Linux?

VnStat is a network utility that uses a command-line interface designed for Linux. Logs of the selected interface(s) of hourly, daily, and monthly network traffic are kept, although it is not a packet sniffer. The network interface statistics that are provided by the kernel as the information source is used by VnStat, which means vnStat will not actually sniff any traffic and also ensures light use of system resources.

In this article, we will show you how to install, Run vnstat, and More options of vnstat under the Linux system with Debian/Ubuntu Linux.

The following command will install Vnstat:

Running vnstat can be quite confusing because You can face many errors. When you will type vnstat on your terminal for the first time then the following error will be shown:-

We have to create a database with the interface we want to add by typing the following command:

it can be eth0 or wlan0 according to your requirement

But vnstat is still not running. So we have to start the daemon by running the following command and check after some time:

This will be the following result:

Sometimes you may find the following error:

Now, we have to make vnstat daemon auto-start at boot

Unfortunately, vnstat log file is created as a root and not as any normal user. So we have to change its permissions to allow vnstat to write data to it using the following command:

There are some options of vmstat that may be helpful on daily basis. They are as follows: 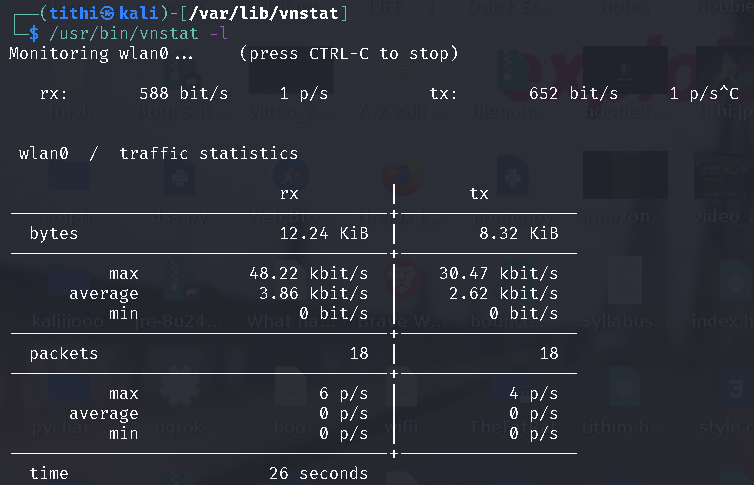 For getting more info follow the manual by typing the following command: 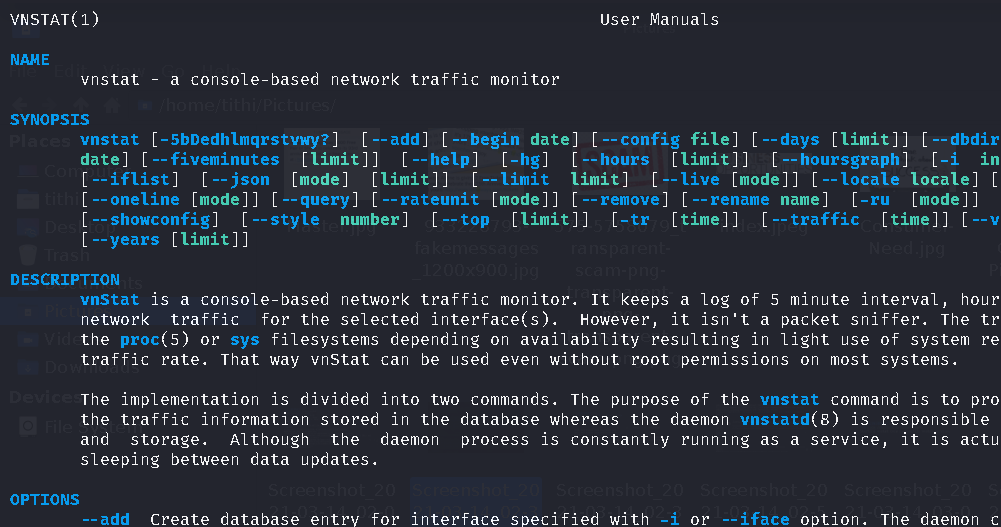