How to Install and use PHP Composer on Linux?

A composer is a tool that is used for dependency management in PHP. But Composer is not a package manager. Composer is an application-level manager that is completely used for PHP programming language. A package manager is used to import codebases into the project and make it up to date. Composer helps to declare necessary libraries and dependencies requires for a particular project. However, it helps to install some packages which are not easily available on Packagist.org. and it also allows adding require project libraries to a certain project. It is used to download required packages for some projects.

Follow the following step to install PHP Composer on Linux:

Step 1: At first, Linux Terminal should be opened. Then the below-mentioned command should be run. Only this command is enough to install the appropriate version of Composer as per the machine requirements. It will take some time. Wait for the process’s completion. 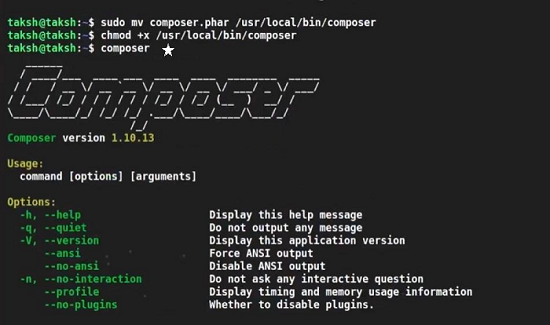 For using Composer for any project, any specific dependency or library should be installed. There are many packages available for Composer. Among them, the easiest one to install is the Slugify package. Slugify is used to convert a string into a Slug. As a sample installation process, Slugify is mentioned here.

Step 1: At first, the Linux terminal should be opened. Then one directory should be created. Below mentioned commands should be followed step by step. It will create one directory called slugify.

Step 2: For installing Slugify package manager in Composer browse to this link. There search for Slug in the search bar. Then click on the below mention option to move forward. 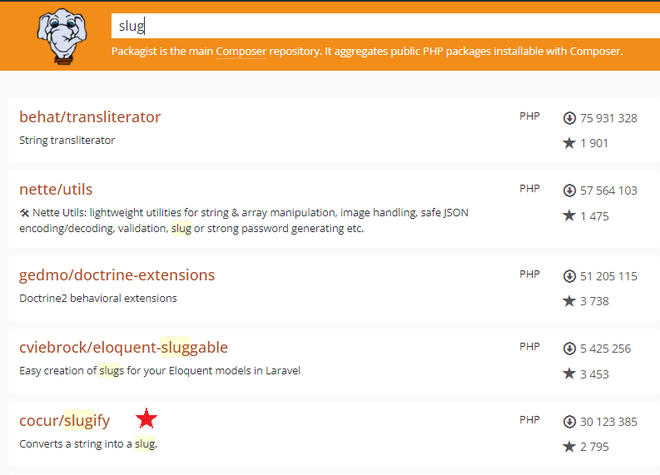 Step 3: After clicking, the below-mentioned command can be found. This command should be copied. It will use for further process.