How to Hide IP and MAC Address using Anonym8 in Kali Linux ?

Anonym8 is a free and open-source tool for becoming anonymous on the Internet while testing the security of a web browser. Anonym8 uses IP-tables to create a Transparent Proxy through the Tor Network. Anonym8 can move the network of your Kali Linux operating system through the Tor Network. When you run the tool, it starts as a transparent proxy. After initiating Anonym8, you can do all your security testing on the website and become anonymous. This tool can be challenging for people if they want to trace your IP address. This tool uses the techniques of Transparent Proxy through TOR and I2P to change Mac addresses. The user interface is very similar to Metasploitable 1 and Metasploitable 2, which makes it easy to use. 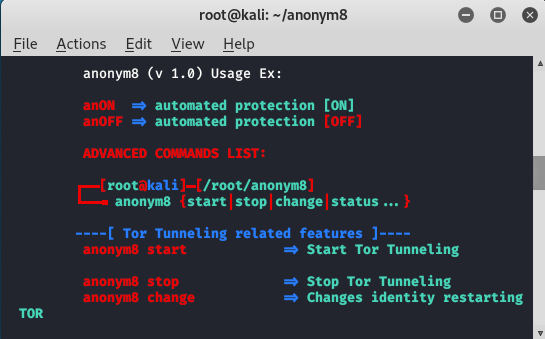 Step 1: Open your Kali Linux. Move to your terminal and install the tool using the following command. 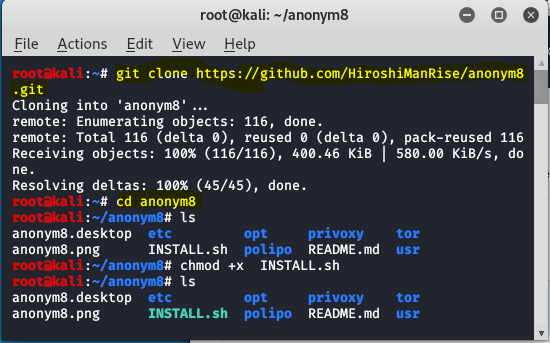 Step 2: Now you have to give permission to the tool using the following command. 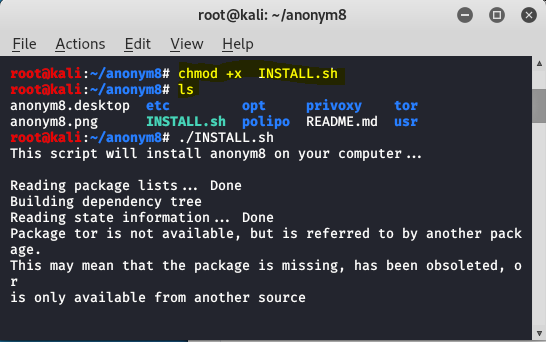 Step 3: To install the tool use the following command. 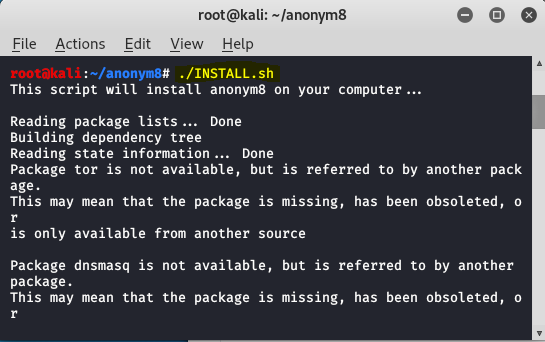 Now to see the status and to change the IP address use the following command.

Before that, first check the original IP address 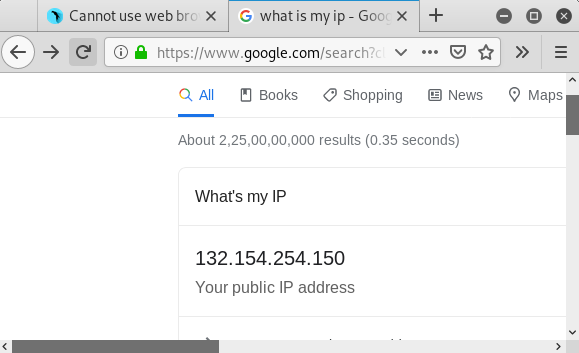 after running the command 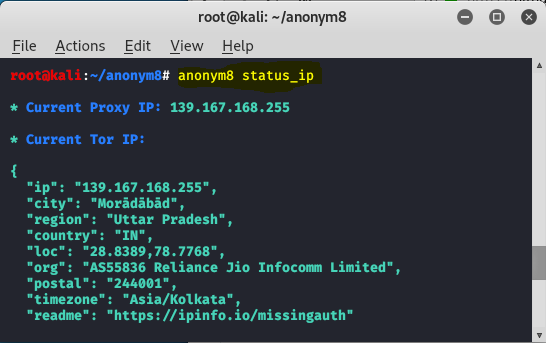 after running the tool. 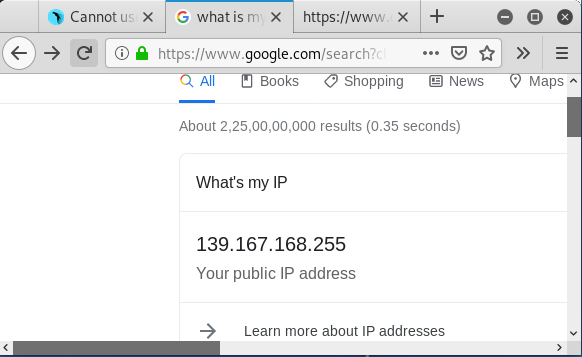 You can see that IP address has been changed. Similarly, you can change your IP address while testing any site.

Now to spoof the mac address, use the following command. 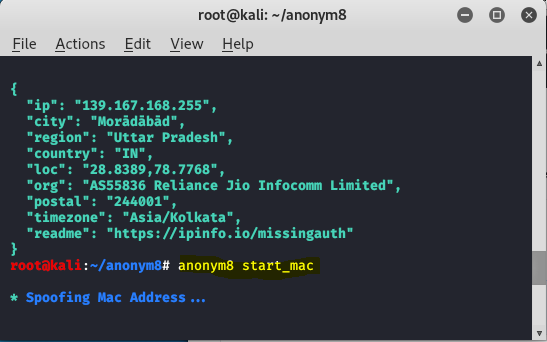 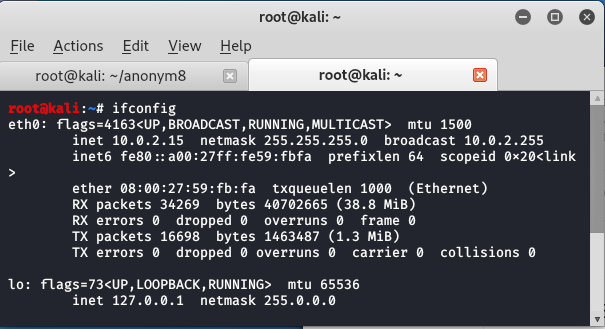 You can see that eth is changed and the flags values are different from each other.

This is how you can perform these experiments on your system. You can also spoof your mac address. The MAC address is the same as the Ethernet address on the Ethernet LAN. In telecommunication protocols, the media access control, which is the sublayer of the data-link layer, uses the MAC address.