How to Generate Signed Apk in Android Studio?

Signed Apk generates a key and this key can be used to release versions of the app, so it is important to save this key which will be used when the next version of the app is released. The Android system needs that all installed applications be digitally signed with a certificate whose private key is owned by the application’s developer. The Android system applies the certificate as a means of recognizing the author of an application and establishing trust relations between applications. The essential points to understand about signing Android applications are:

Step 1: Go to Build -> Generate Signed Bundle or APK, a pop up will arise. Choose APK in the pop-up and click on Next.

Step 2: After completing step 1, if you already have a key, make sure you just refer to that and you can release the version of that app but in case if it is the first time it is recommended to create a new key. After creating a new key click on OK and then click on Next.

Step 3: After clicking Next in the next pop-up make sure to choose release as Build Variants and check the two Signature Versions as well. Then click on Finish. 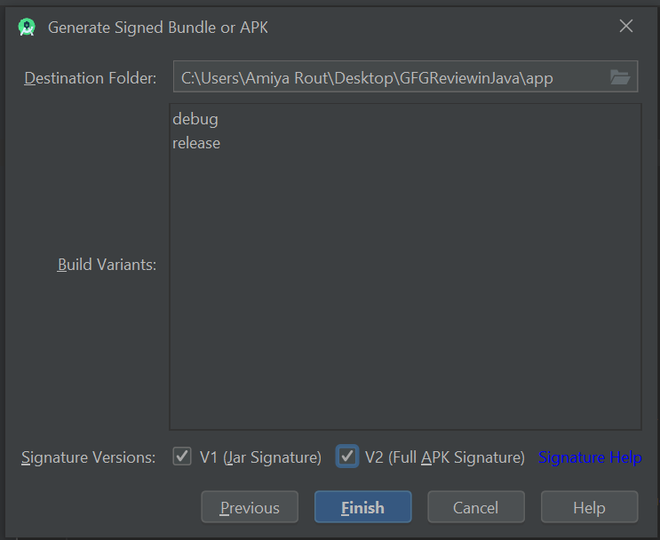 Step 4: After successfully completed these steps you can locate your signed apk at app -> release -> app-release as your apk file.