How to find the square root of 80?

Number System is a method of representing Numbers on the Number Line with the help of a set of Symbols and rules. These symbols range from 0-9 and are termed digits. Number System is used to perform mathematical computations ranging from great scientific calculations to calculations like counting the number of Toys for a Kid or Number chocolates remaining in the box.

The Square root of a number is that value which when multiplied by itself will give its original number. The square root is represented with the symbol √ called as radical or radix followed by the number which is called radicand i.e., √x.

How to find the square root of 80 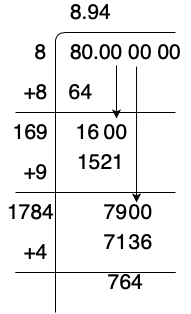