How to find the perimeter and area of a triangle?

Geometry is a branch of mathematics as old as arithmetic itself. It deals with the properties of figures, their measurements, the distance between two shapes or points, and their relative positions. In other words, geometry is a branch of mathematics that deals with surfaces, points, shapes, planes, coordinates, etc. Every kind of shape observed in nature falls under the scope of geometry. It helps measure various proportions of all such shapes and calculate their areas, volumes, and other parameters associated with them. Not only does it help one steer clear through mathematical theory, but also proves useful in daily lives as well.

A triangle is defined as a flat shape that is obtained by joining three points, two of which are non-collinear. In case all three points turn out to be collinear, the resultant figure would not be called a triangle. As the name suggests, a triangle has three angles, the sum of which always measures 180 degrees. Since it is an enclosed figure formed by joining three co-planar points, a triangle is a two- dimensional shape, implying it is a flat shape devoid of any thickness.

The following figure depicts a triangle ABC with three vertices AB, BC, and CA. 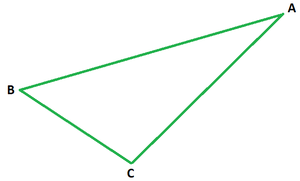 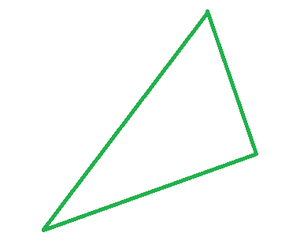 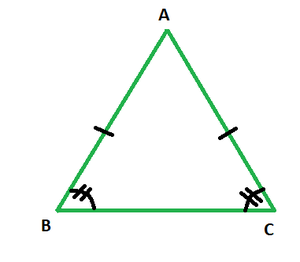 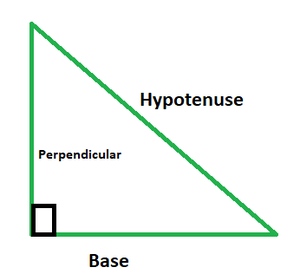 Perimeter of a Triangle

Perimeter of a regular triangle ABC = AB + BC + CA

The above formula can be further simplified for an equilateral triangle as follows:

Area of a Triangle

The area of a triangle can be calculated in different ways depending upon the type of the triangle. These methods are as follows:

1. The area of a triangle can be calculated with the help of lengths of its base and altitude as follows:

2. The above formula can be used for scalene, isosceles, and right triangles. But in the case of an equilateral triangle, the formula to calculate area is:

Area of an equilateral triangle with side a =

3. Sometimes, Heron’s formula has to be applied in order to calculate the area of a scalene triangle in the absence of any information regarding its angle measures and the length of its altitude.

Question 1. Find the perimeter and area of an equilateral triangle of side 6 cm.

Area of an equilateral triangle =

Question 2. Find the perimeter of a right triangle whose base is 3 cm and hypotenuse measures 5 cm.

As per Pythagoras Theorem, (hypotenuse)2 = (base)2 + (perpendicular)2

Hence perimeter of the given triangle is 12 cm.

Question 3. Find the area of a triangle whose base is 40 cm and altitude is 12 cm.

Question 4. Find the side of an equilateral triangle whose perimeter is 75 cm.

Perimeter of an equilateral triangle = 3a

Hence the side of the triangle is 25 cm.