How to Find Length of String in Bash Script?

In this article, we are going to see how to get string length in Bash scripting.

Here are a few ways from which we can get the length of the string in BASH:

Using these mentioned tools and commands, we will be able to get the length of a string variable in the BASH script. 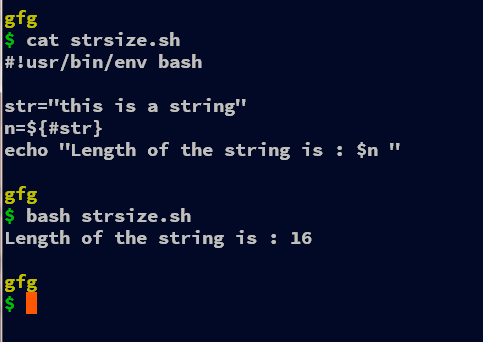 In this example. we can use the while loop along with the read command to obtain the length of the string. Firstly we initialize the string to whatever you like, it can be a user input, positional parameter, etc. It’s quite easy to work with the variable, so therefore we create a variable for the string and also initialize the length “n” to 0. Then we start the while loop by reading characters by character using the argument -n1 i.e read just the single character from the entire string.

For every character in the variable “str” i.e. after every iteration, we increment the length “n” by one. In the while loop, we are reading from the string “str” with echo command along with -n argument which restricts to escape the newline character. Thus at the end of the loop, we have the length of the string in the variable n and can be accessed as per requirements. 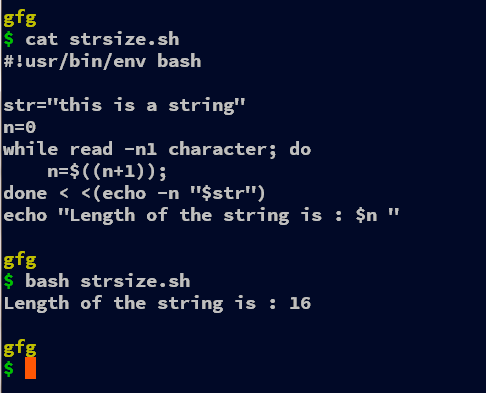 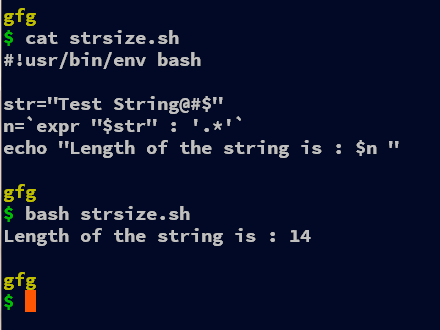 In this example, we are using the expr command to find the length of the string in BASH. The expr command takes the first argument as the string variable and then the comparison operator “:” that counts the number of common characters in the string and the next string provided after the “:” operator.  For calculating the length of the string, we parse the previous string. For that “.*” is the regex that gets 0 or more characters of the previously provided token. Even parsing the string instead of “.*” will work

Here we have used the backticks(“` `“) but even using the $( ) there is no such advantage of using the former over the latter. Both serve the same purpose but the $( ) nests very effective than the backticks. 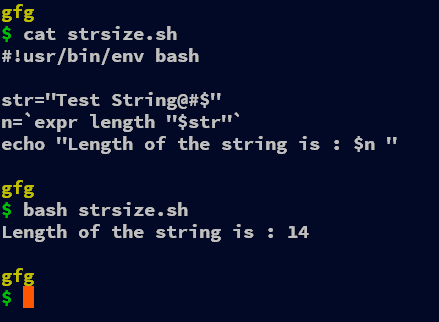 Remember for every code snippet following this one, you can use the $( ) instead of backticks(` `). 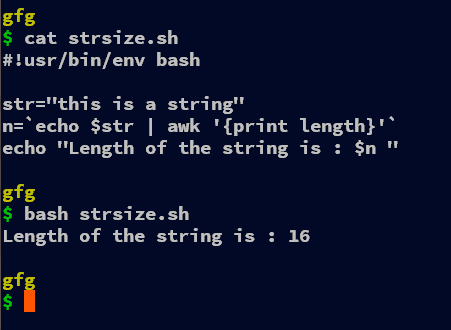 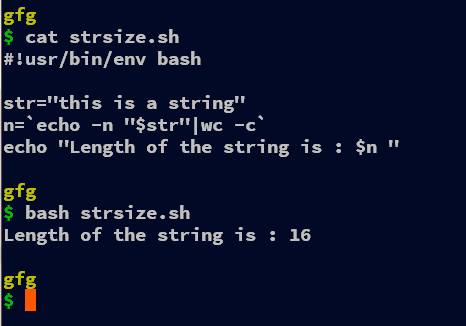 In this demonstration, we have used the wc command to get the length of the string. Inside of this command, “echo -n “$str” | wc -c” the echo command is given an argument -n which doesn’t escape the new line character. Next, the output of the echo command is redirected (piped) to the wc command which again is given the argument -c which counts the number of bytes in the provided variable, we can even use -m which also precisely counts the number of characters.