How to Execute Native Shell Commands from Java Program?

A shell command is a command that we can trigger using a keyboard and a command-line or a shell instead of a Graphical user interface. Usually, we would trigger shell commands manually. However, there can be instances where this needs to be done programmatically through Java.

Java provides support to run native shell commands with two classes: RunTime and ProcessBuilder. The main disadvantage of using these classes and running shell commands from inside a Java Program is Java loses its portability.

What does losing portability mean?

Java goes by the principle “compile once, run anywhere.” This means that a Java program written and compiled on one operating system can run on any other operating system without making any changes.

When we use either the ProcessBuilder or the Runtime classes to run Native shell commands, we make the Java program dependent on the underlying operating system. For example, a Java program running specifically Linux shell commands cannot run as-is on a Windows machine mainly because Windows has a different folder structure and shell commands.

The first three examples will look at implementing the ProcessBuilder class to run shell commands in Java. The following example is for the RunTime class.

The output of the above program when run on a Windows machine.

This example shows how to run a simple Windows shell command. We use a list to build commands and then execute them using the “start” method of the ProcessBuilder class. The program runs the command to find the chrome browser processes from the tasklist running in the machine. 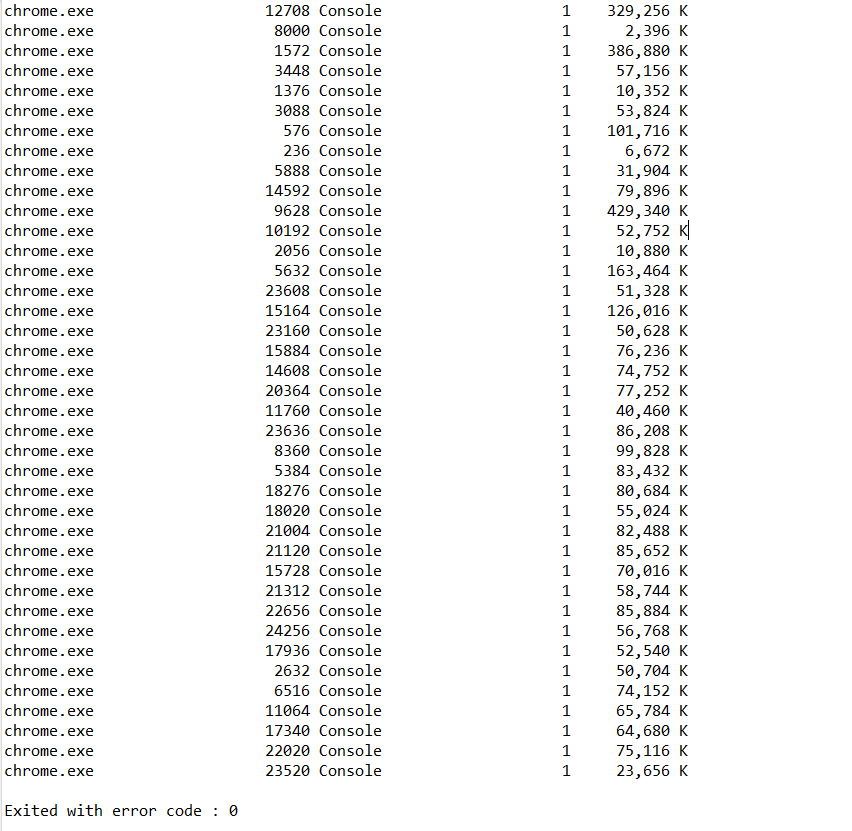 This example shows how to run a simple .bat program in the Java console. The .bat file displays the windows system information. 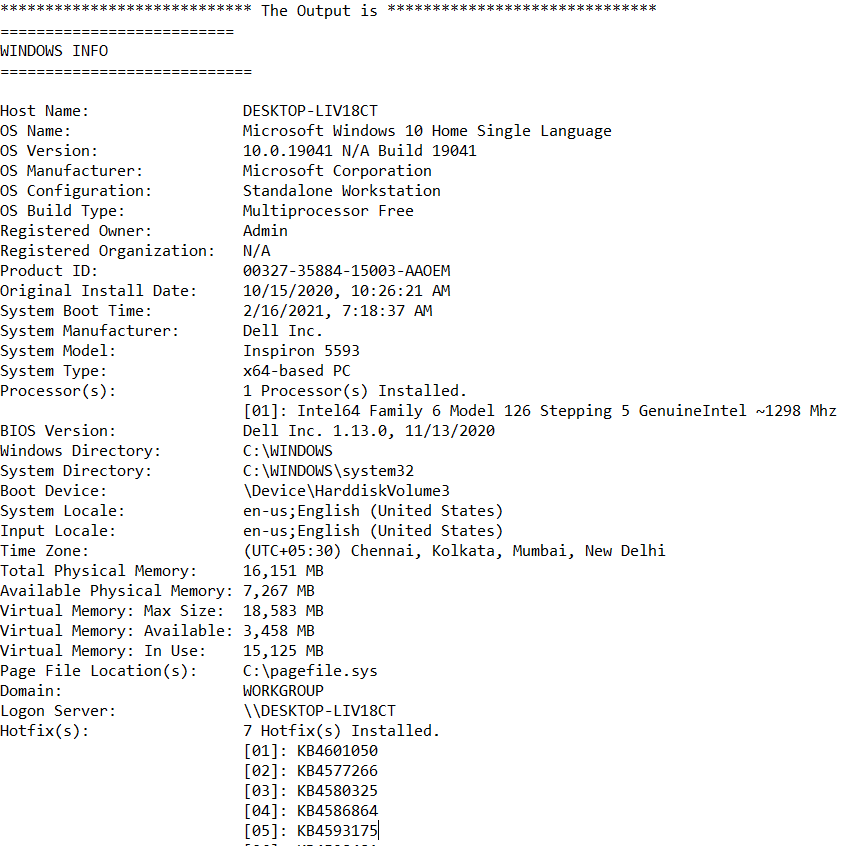 This example shows how to run a simple command using the RunTime class. We use the exec() method of the Runtime class.

where java in Java program

My Personal Notes arrow_drop_up
Previous
How to Delete Temporary File in Java?
Next
L&T Financial Services (LTFS) Interview Experience (On-Campus 2021)
Recommended Articles
Page :
How to Execute Multiple SQL Commands on a Database Simultaneously in JDBC?
24, Nov 20
How to Execute Commands Remotely via SSH in Android?
13, Jan 21
Execute main() multiple times without using any other function or condition or recursion in Java
03, Jan 19
Difference between ExecutorService execute() and submit() method in Java
26, Jun 20
How to Execute a .class File in Java?
01, Dec 20
Difference Between Execute(), query() and Update() Methods in Java
20, Sep 21
How to Execute Instance Initialization Block (IIB) without Creating Object in Java?
26, Nov 21
Java Program to open the command prompt and insert commands
19, Jun 17
How to execute PHP code using command line ?
11, Oct 19
Find time taken to execute the tasks in A based on the order of execution in B
28, Feb 20
JSF Lifecycle - Execute and Render Stage
12, Jan 21
How to execute an array of synchronous and asynchronous functions in Node.js?
08, Feb 21
Native Keyword in Java
03, Oct 17
Green vs Native Threads and Deprecated Methods in Java
06, Jul 18
Implementation of CI/CD in Java application(Linux) Using Shell and Docker Executor on GitLab
26, Feb 21
Basic Linux Commands for day to day life
20, Apr 17
Laravel | Artisan Commands to know in Laravel
30, Dec 19
CMD Commands to Gather Information of a System
23, Nov 20
Maven Lifecycle and Basic Maven Commands
16, Dec 20
Python Turtle - Graphics Keyboard Commands
21, Jan 21
Most Useful CMD Commands in Windows
02, Feb 21
Auto-commit commands and Compensating transactions in SQL
01, Feb 21
Most Useful Commands to Manage Apache Web Server in Linux
22, Feb 21
Getting started with React Native? Read this first !
19, Nov 18
Article Contributed By :