How to discretize an Ellipse or Circle to a Polygon using C++ Graphics?

Why discretize an ellipse to a polygon?

Discretization has several applications, the two most important being:

* While one can render curves pixel by pixel with Bresengham’s algorithm, it is often not the best practice! Since modern GPUs have become much more powerful they can render a series of the pixel without any bloat! Also drawing any curve pixel by pixel strips any possibility of batching and GPU “memorization”! And because of the way modern CPUs work trigonometric functions are no longer “computationally expensive” (atleast most of the time)!

We’ll use C Borland Graphics API but the same principles can be applied to any graphics library! Linux Users may want to use SDL libgraph as a replacement for Borland Graphics Library! Also we’ll use C++ instead of C to use the built-in pair data-structure that STL provides (and also for function-overloading that will come handy later)!

As it turns out, the Borland Graphics API doesn’t actually have a multi-format polygon rendering function like modern graphics libraries have! There’s drawPoly and fillPoly but the representation of the polygon might not make sense to some people and also it might lead us to some pointer problems. So we’ll implement our own polygon rendering function! We’ll represent a polygon as a vector of pairs of integers representing the vertices of the polygon! The main benefit of this is that a vector always knows it’s size, unlike arrays which under the hood is just a pointer unknown of its bounds.

In any case, here’s our code for rendering a polygon in Borland Graphics Library:- 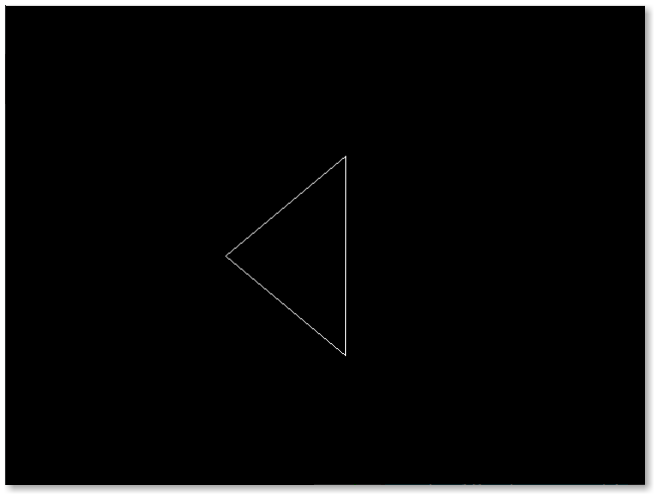 Now that we can render polygons we are ready to discretize an ellipse to a polygon!

So the key to discretizing an ellipse is to have a moving point that moves across the ellipse in equal intervals and creating a vertex on every such point (every point where the moving point passes over)! For this one must know the parametric form of an ellipse which is:-

Based on the above formula, here’s the code-snippet that discretizes our ellipse to a polygon:-

One last thing that’s left to do is overload the function such that the last parameter is not needed! We can set segments to some default value but we’d like it to be calculated based on the dimensions of the ellipse! So here’s the second overload:-

To end this article, here’s the complete source-code: 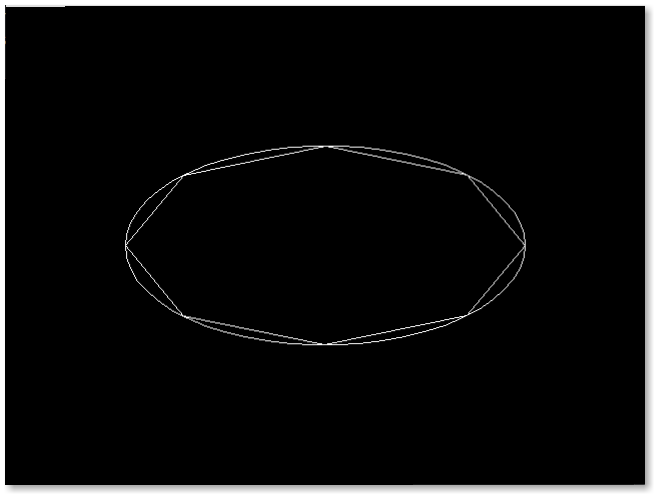 Previous
@SafeVarargs Annotation in Java 9 with Example
Next
Percentage change in Hemisphere volume if radius is changed
Related Articles
1. Draw an Ellipse rotating over a Circle in C++ graphics
2. Draw an ellipse divided by straight line into two colored part in C++ Graphics
3. Polygon with maximum sides that can be inscribed in an N-sided regular polygon
4. Check if given polygon is a convex polygon or not
5. Find the area of largest circle inscribed in ellipse
6. Calculate ratio of area of a triangle inscribed in an Ellipse and the triangle formed by corresponding points on auxiliary circle
7. Regular polygon using only 1s in a binary numbered circle
8. Side of a regular n-sided polygon circumscribed in a circle
9. Area of largest Circle inscribe in N-sided Regular polygon
10. Draw circle in C graphics
Article Contributed By :