How to determine the cause for a restart in Kali Linux?

We can figure out what caused the reboot through a few different methods. We’ll go through those methods in this post and use accessible programs and logs on a Linux system to diagnose such issues.

It’s not uncommon to discover that a Linux system has restarted unexpectedly or for no apparent reason. Finding and fixing the core cause might help prevent future problems and unexpected downtime.

If you don’t have a persistent systemd-journal, you won’t be able to retain a persistent journal on disc, and your logs will be lost when you reboot. You may do this by editing /etc/systemd/journald.conf or manually creating the directory using the instructions below:

After that, you can reboot the machine if you want to record more than one rebooted entry in the journal, although it’s not needed. 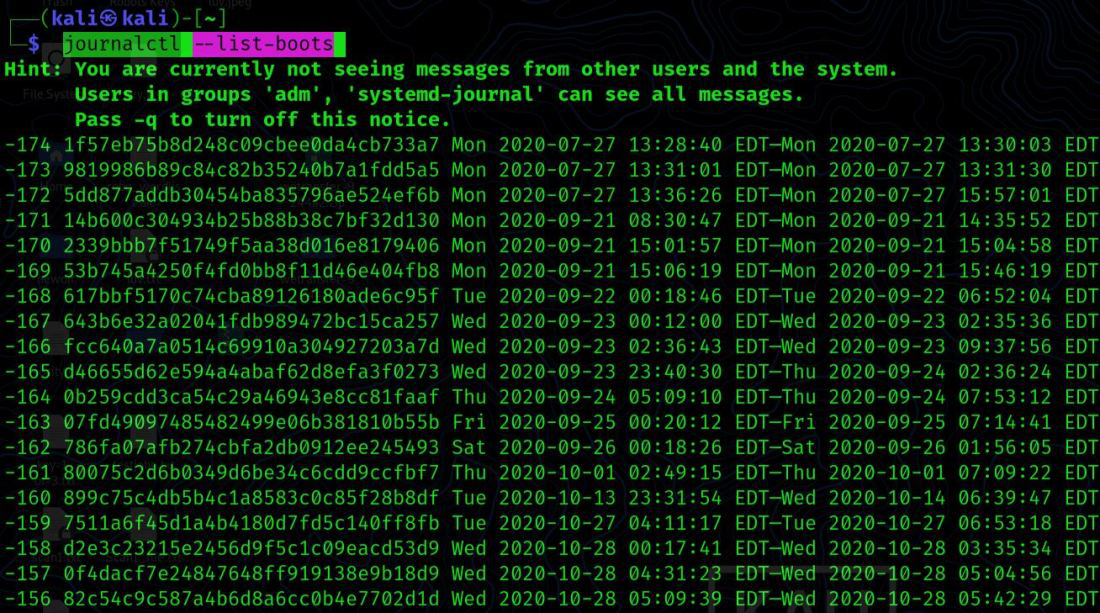 As you can see, the listing is for a number of boots. Use the following command to go further into a specific reboot: 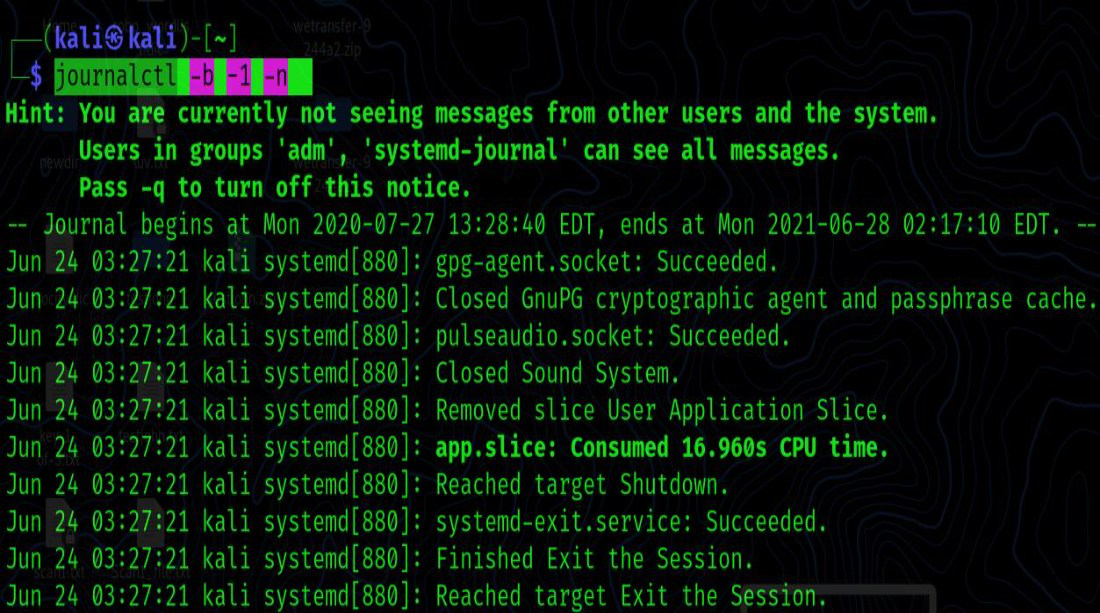 You may also connect system messages with the reboot you wish to diagnose.

The logs are located in /var/log/messages on CentOS/RHEL systems. It is logged into /var/log/Syslog on Ubuntu/Debian systems. To filter out or discover specific data, just use the tail command or your favorite text editor.

Such entries indicate a shutdown/reboot triggered by an administrator or root user, as can be seen in the logs below. These messages differ depending on the OS and how the reboot/shutdown is initiated, but checking through system logs will always provide helpful information, even if it isn’t always precise enough to pinpoint the reason.

The following is an example of a command that may be used to filter out system logs:

It’s possible that captured events aren’t always specific. Always look for warnings or problems that might cause the system to shut down or crash.

You may use the who and last commands to see when the system was rebooted.

It’s a fantastic location to inspect various events using the ausearch tool for systems using auditd. To check the last two items in audit logs, use the command below.

The two most recent shutdowns or reboots will be reported. Everything should be OK if this reports an SYSTEM_SHUTDOWN followed by an SYSTEM_BOOT. If it returns two or more SYSTEM_BOOT lines in a row or only one SYSTEM_BOOT line, then the system does not shut down gracefully. The following is an example of a typical output:

Two successive SYSTEM_BOOT messages are listed in the above output, which might suggest an ungraceful shutdown if connected with system logs.

A single command or a single log file may not always be enough to determine the reason for a Linux reboot. As a result, knowing the commands and logs that record system-related events is always useful and can cut down on the time it takes to discover the underlying cause.

The samples above might help you get started with the troubleshooting. You may be sure to know what happened and how your system restarted if you use a mix of such tools and logs.