How to design calendar for web page using jQuery EasyUI ?

EasyUI is a HTML5 framework for using user interface components based on jQuery, React, Angular and Vue technologies. It helps in building features for interactive web and mobile applications saving a lot of time for developers.

In this article, we will learn how to design a calendar feature for our webpage interface.

Downloads for EasyUI for jQuery:

Example 1: The following example demonstrates the basic calendar feature using jQuery EasyUI framework. The developers can include them in webpages as per one’s need. 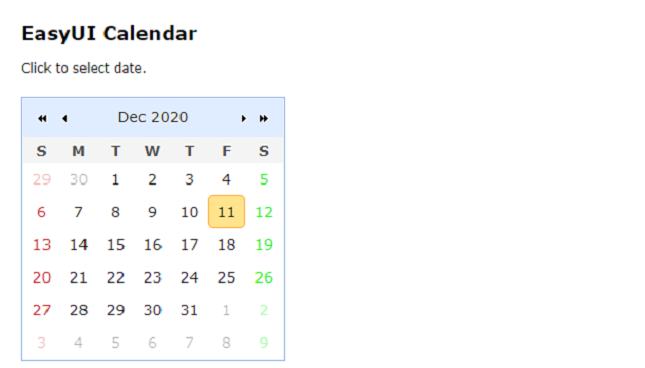 Example 2: The following example demonstrates the calendar feature in which one can disable other days other than one selected day for user interaction for any purpose.

Example 3: The following example demonstrates the calendar feature in which the user can select some day of the week as the “first” day of a week as per one’s need. 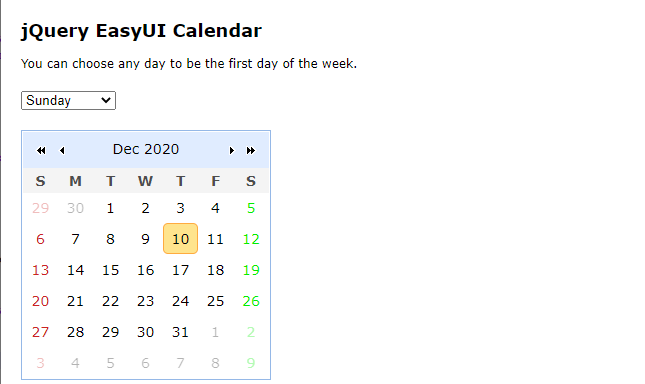