How to Design a Web Application – A Guideline on Software Architecture

Have you ever tried to prepare Pizza at home? (yes!!! we’re talking about your favorite food…)

What will happen if you don’t make good dough for your pizza base? Surely the whole Pizza base will be spoiled and you can’t continue with preparing your favorite dish. 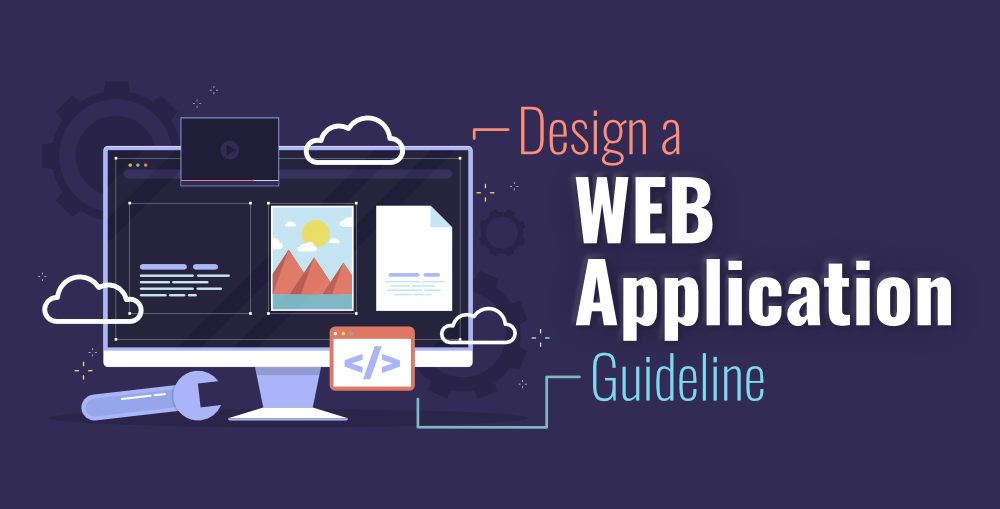 Both are not the same….yes!!! You heard it right (don’t be confused and let’ understand how both are different.)

The high-level components of a system, the relationship between these components, and how they work together is a part of software architecture. It is the skeleton of any application. For example:

When you chose an architecture you need to consider some metrics such as dealing with performance, fault tolerance, scalability, and reliability.

The code which you write in your application for different modules, classes, functions, and other features is considered as software design. The code level design defines which module is doing what, the scope of the classes, functions and their purpose, etc. To implement and manage this code in a larger team a common language/pattern (software design pattern) is used to conceptualize repeated problems and solutions. A developer can become more efficient in implementing the code if he/she uses these methods or patterns which are already defined by others. Read the article Design Patterns: Understand The Importance With Real-Life Examples for a clear understanding of software design patterns.

Client-server architecture is a network architecture and it follows the request-response model. Here the client can be any device such as a PC or workstation on which users run applications. These clients send the request to the server for some information. Servers are powerful computers dedicated to managing disk drives (file servers), printers (print servers), or network traffic (network servers). When the server receives the request, it processes that request and sends the response back to the client. Facebook, Twitter, Skype, banking applications, and almost all social media companies follow this architecture. 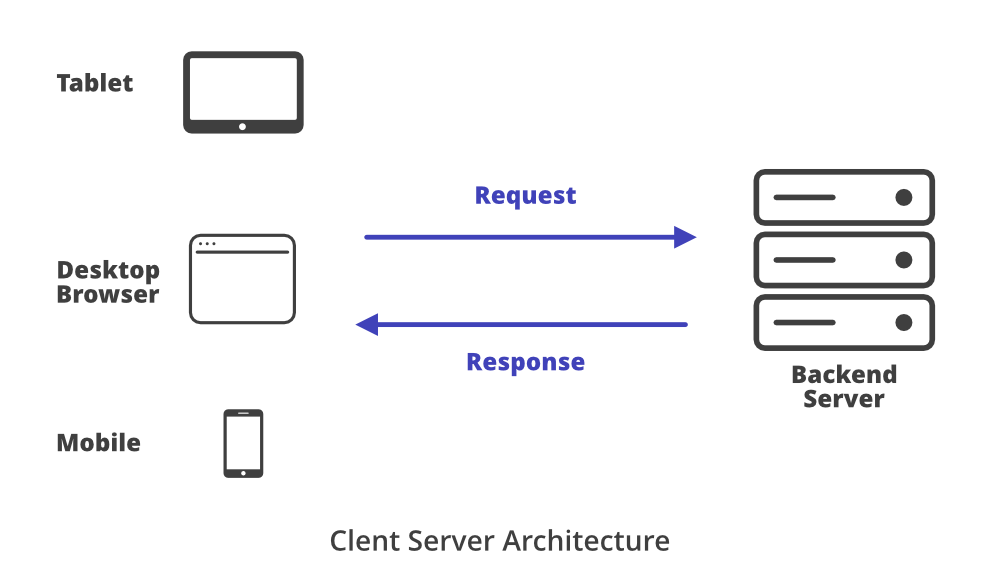 This architecture is a network of computers where each computer works as a node and these nodes can communicate with each other without any use of the central server. Each computer in the network will have equal capabilities/responsibilities. The benefit of this architecture is that there is no fear of a single point of failure. If a node goes down, the other node will be available to process the request. P2P is the base of blockchain technology. 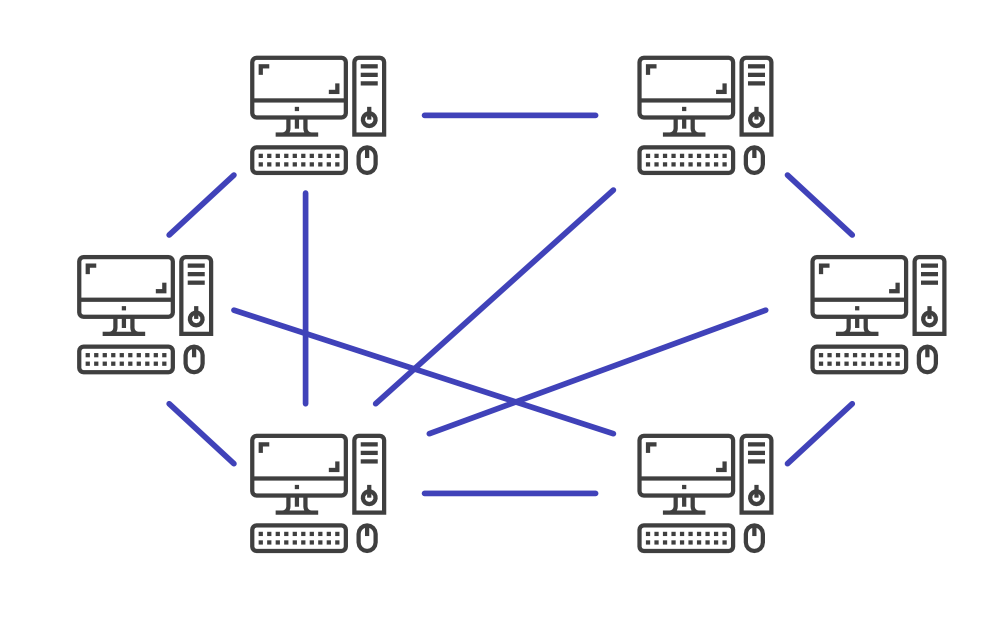 In software engineering, this pattern is very popular and it has existed for a long time. This architecture can be used in desktop, web, or mobile applications. In MVC we separate the whole application logic into three components.

This architecture divides the tasks/features into separate respective modules/codebases. These modules coordinate with each other to form a whole large service. This architecture provides much more flexibility to the developer because it allows them to choose their programming language for different modules. Microservice based architecture applications are easier to maintain, test, and deploy in comparison to monolithic architecture. 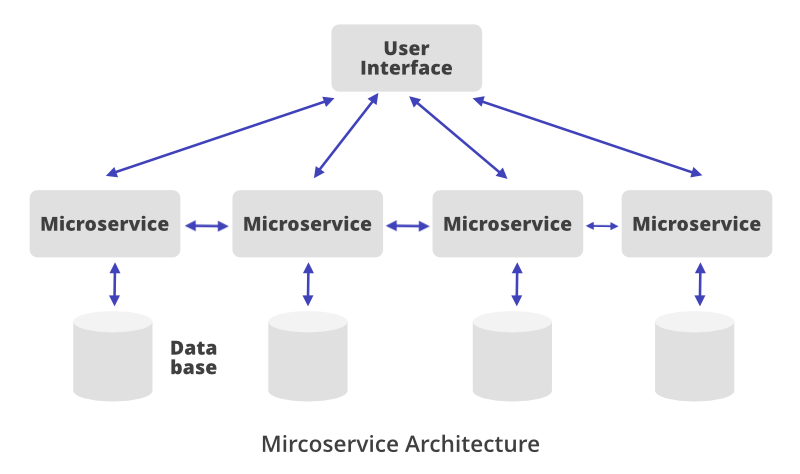 Earlier in computer science, this architecture was defined in the context of database replication. For example, in a database, we replicate the data/information across three servers. There is a possibility of inconsistency because one of these could be out of sync with others. Master-slave architecture resolves this issue where we treat one replica as master and the rest are identified as a slave. In vertical scaling, we commonly use a replication approach where one stores the master code and the other are the replicas of that. 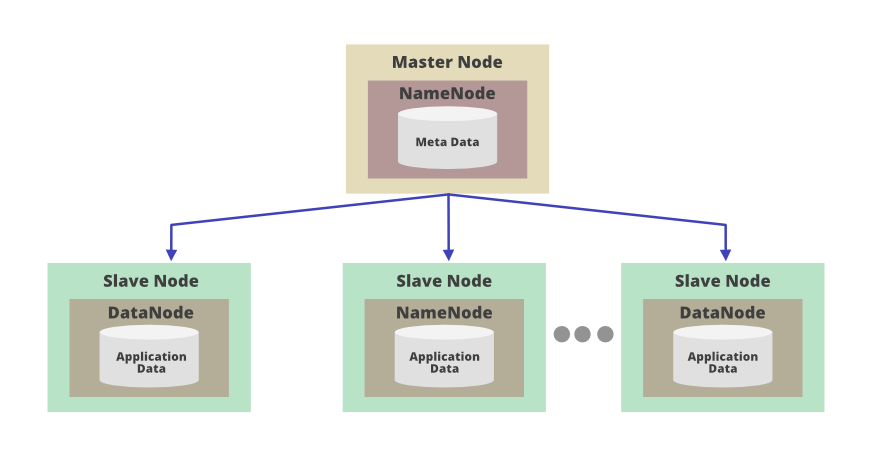 The whole structure of the program is divided into groups of subtasks or layers, each of which is at a particular level of abstraction. Each of the layers is responsible for providing the services to the next higher layer. These layers are…

How Many Tiers Should Your App Have?

Horizontal or Vertical Scaling — Which One is Good for an Application?

When to Use Monololithic Architecture?

When to Use Microservices Architecture?

Note: When you start building an application with a single codebase, most of the time it becomes a huge application. This is the reason a lot of developers start with the monolithic architecture but later they scale out the app into a Microservice architecture. So choosing an architecture depends on your use cases and the requirements.

When to Pick SQL/Relational Databases?

When to pick a NoSQL/Non-Relational database?

MongoDB, Redis, Cassandra, HBase, these all are the example of popular non-relational databases.

Which One is The Right Technology For The Application?

Complete Interview Preparation
View Details
System Design-Live Classes for Working Professionals
View Details
Data Structures & Algorithms- Self Paced Course
View Details
Most popular in GBlog
Most visited in Software Engineering
We use cookies to ensure you have the best browsing experience on our website. By using our site, you acknowledge that you have read and understood our Cookie Policy & Privacy Policy