How to Deploy a Golang WebApp to Heroku?

Go, also known as “Golang,” is gaining popularity among DevOps professionals in recent years. There are many tools written in Go, including Docker and Kubernetes, but they can also be used for web applications and APIs. While Golang can perform as fast as a compiled language, coding in it feels more like interpreting with standard tools such as a compiler, runner, etc., you will get the full experience right out of the box.
When you combine that with the robust and easy-to-understand concurrency framework designed to take full advantage of today’s multi-core or multi-CPU execution systems, it’s clear why the Go community has grown so rapidly. A deceptively simple design makes Go easy to learn and easy to master, but it isn’t limited in capabilities because it was created with specific goals in mind. In this article, we learn about how to make a simple web application in go and deploy it to Heroku without any hassle.

Deploy a Golang App to Heroku

Step 1: Sign up for a Heroku account. If you don’t have an account on Heroku, create one now. Up to 5 apps can be hosted for free without registering a credit card.

Step 3: Access Heroku by logging in. The first thing we need to do is create a directory for the project, and then initialize it as a Go module with the help of the go mod init command. Use the email address and password that you used when you created your Heroku account to log in:

Heroku and Git require authentication in order to function.

Step 4: Create A Project Directory. The first thing we need to do is create a directory for the project, and then initialize it as a Go module using the go mod init command.

It is advised that you should use your GitHub account username so your project names are unique, and your project dependencies don’t conflict with each other. It is not a necessary condition you can also use whatever name you wish.

Now, you should see a file named go.mod in your directory. This is the file Go uses to keep track of its project dependencies. It should look something like this when you look at the contents of the file:

Step 5: Get acquainted with Git. Open the command shell by starting the Command Prompt in Windows. You must now identify yourself to Git in order to make sure it can label your commits properly in the future. I am using muthuannamalai12 and muthuannamalai2002@gmail.com below:

Change the user name and email address to your own.

Step 6: Develop a web app. In this step, we prepare a simple Go application that can be deployed. In the folder app write the program app.go as follows:

Step 7: Our Heroku app is deployed using Git. To deploy your app to Heroku, you’ll need to store it in Git. In the same folder i.e. $GOPATH/src/github.com/muthuannamalai12/app type:

Step 8: Set up a Procfile. Specify the command to start our application by creating a Procfile in the root directory of our app. The Procfile looks like this:

In this, a single process type, web, is declared, along with the command needed to initiate it. The name web is crucial. This process type will be able to process web traffic since it is attached to Heroku’s HTTP routing stack.

Step 10: Declare dependencies for applications. Go apps are recognized by Heroku by the existence of a Godeps.json file in the Godeps directory located in the root directory of your application. The Godeps/Godeps.json file is used to declare what dependencies your application includes along with the Go version to use for compilation. Whenever an app is deployed, Heroku reads this file, installs the correct Go version, and compiles the code with godep go install ./…

Using godep in our project. In the folder app created type the following command

The dependencies will be saved to the file Godeps/Godeps.json.

This is now ready for Heroku deployment.

Step 12: Create the app and deploy it. This step involves creating and deploying the app to Heroku. The creation of a Heroku app prepares Heroku to accept your source code.

A remote git repository (called heroku) is also created when you create an app. In this example, Heroku is generating the name immense-reaches-34382 for your app, or you can specify your own name as a parameter.

When you’re ready, deploy your code using git push heroku master. Your application now has been deployed. To access it, go to the URL generated by the app name. The following shortcut opens the site:

That’s it! Your Go app is running on Heroku now!

My Personal Notes arrow_drop_up
Previous
Tensorflow.js tf.layers.lstm() Function
Next
Graph Based Data Model in NoSQL
Recommended Articles
Page :
How to Deploy a Django Application to Heroku with Git CLI?
02, Mar 22
How to Deploy Django application on Heroku ?
01, Sep 20
How to deploy React app to Heroku?
06, Aug 20
How to Deploy a Basic Static HTML Website to Heroku?
25, Aug 20
How to deploy Node.js app on Heroku from GitHub ?
29, Dec 20
Deploy your Machine Learning web app (Streamlit) on Heroku
01, Feb 21
How to Install Heroku and Deploy a Static Website on Ubuntu?
01, Jun 22
Introduction and Installation of Heroku CLI on Windows machine
08, Apr 19
How to upload Laravel App to Heroku Cloud Application Platform
17, Sep 19
How to Make Changes to The Application Deployed on Heroku ?
22, Aug 20
How to create proxy server on Heroku in Node.js ?
13, Apr 21
Deploying a Django App to Heroku Using Github Repository
25, Feb 22
Configuring Django Apps for Heroku
19, Apr 22
Difference between AWS and Heroku
24, Jun 20
How to Deploy Static Website using Caddy Webserver?
21, Jun 21
How to Deploy Flutter Web App on Netlify?
28, Sep 21
How to Install and Deploy LEMP in Linux?
24, Jun 22
How to convert a slice of bytes in uppercase in Golang?
23, Aug 19
Golang program that uses fallthrough keyword
18, Apr 20
math.Lgamma() Function in Golang with Examples
13, Apr 20
math.Float64bits() Function in Golang With Examples
03, Apr 20
How to check equality of slices of bytes in Golang?
21, Aug 19
atomic.AddInt64() Function in Golang With Examples
10, Mar 20
atomic.StoreInt64() Function in Golang With Examples
15, Mar 20
Article Contributed By : 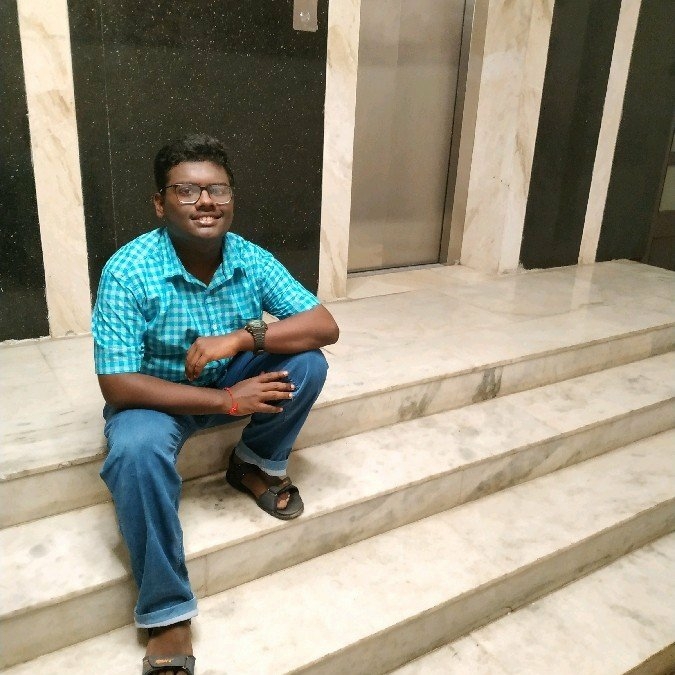