How to create scatter chart in react using material UI and DevExpress ?

Scatter Charts: A scatter chart is a set of dotted points to represent individual pieces of data in the horizontal and vertical axis. A graph in which the values of two variables are plotted along the X-axis and Y-axis, the pattern of the resulting points reveals a correlation between them. 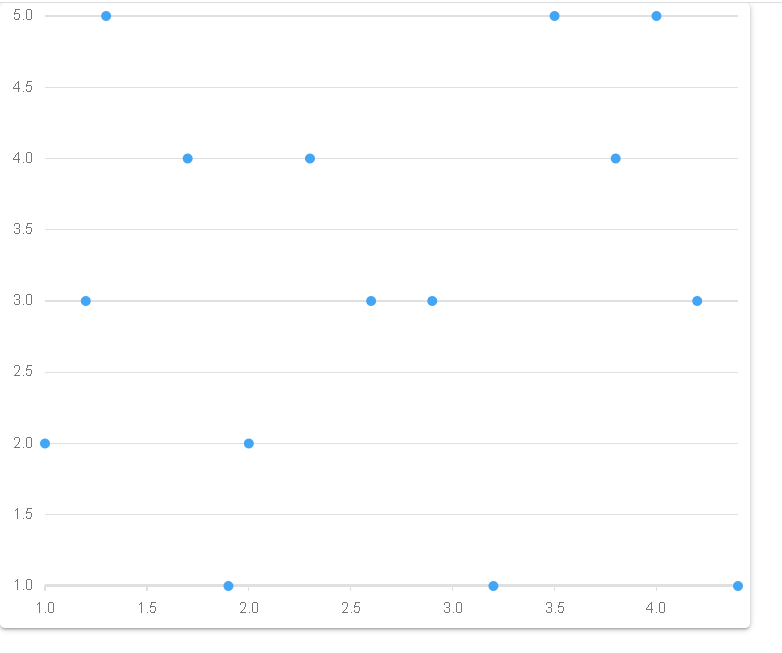