How to Create Drawable Resource XML File in Android Studio?

A drawable resource is a common concept for a graphic that can be drawn to the screen and which one can retrieve with APIs such as getDrawable(int) or apply to another XML resource with attributes such as android:drawable and android:icon. There are several different types of drawable resources files and let’s discuss all the types in a tabular manner.

As it is known to all that Android Studio is the official integrated development environment for Google’s Android operating system, built on JetBrains’ IntelliJ IDEA software and designed specifically for Android development. So as a beginner in android app development, the developer should know about the tools vividly before building some awesome projects in Android. So in this article let’s learn to create a drawable resource XML file in Android Studio. Drawable Resource XML is mostly created in the drawable folder and is used in Android to add more customization for views. Here is the step by step process to create a new Drawable Resource XML in Android Studio.

Step 1: Go to the app > res > drawable and right-click on it. Please refer to the screenshot below to get a clear cut view of the steps. 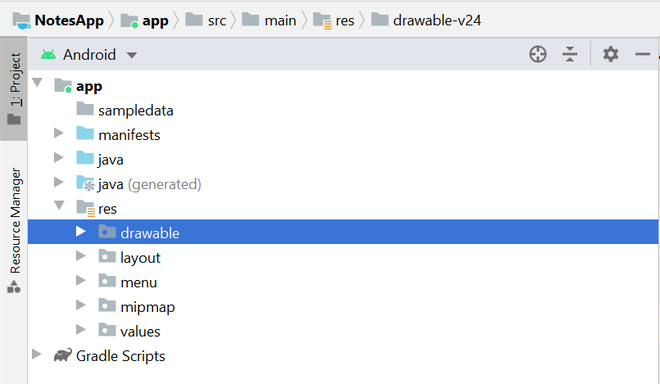 Step 2: After right-clicking on the drawable file go to New > Drawable resource file as shown in the figure below. 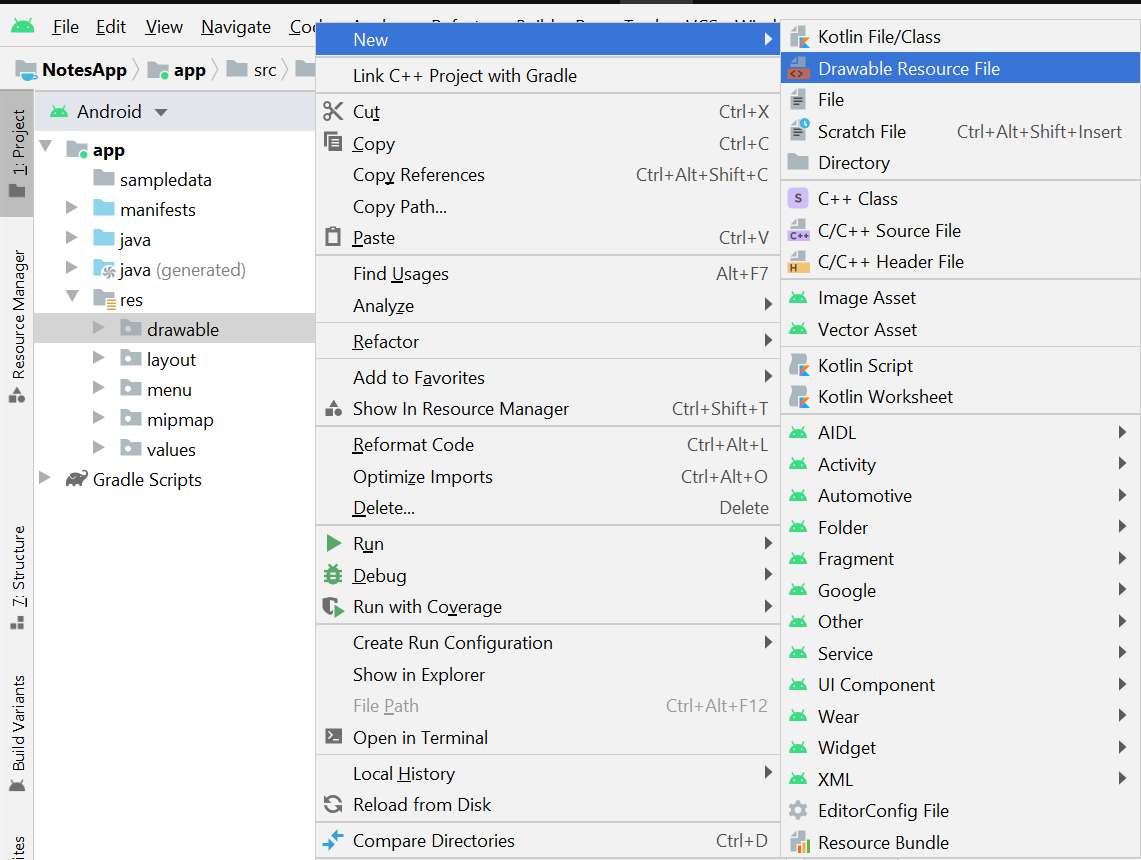 Step 3: When you click on the Drawable resource file a dialog box will open on your compute screen. Enter the file name in the text box and then click on OK.

Note: File names must start with a lowercase letter. 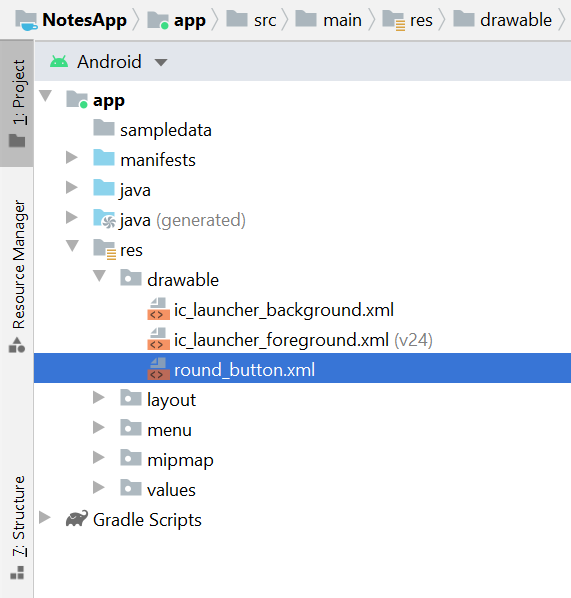 Step 5: Now click on the file name and one can customize the views by writing the necessary codes inside this file. 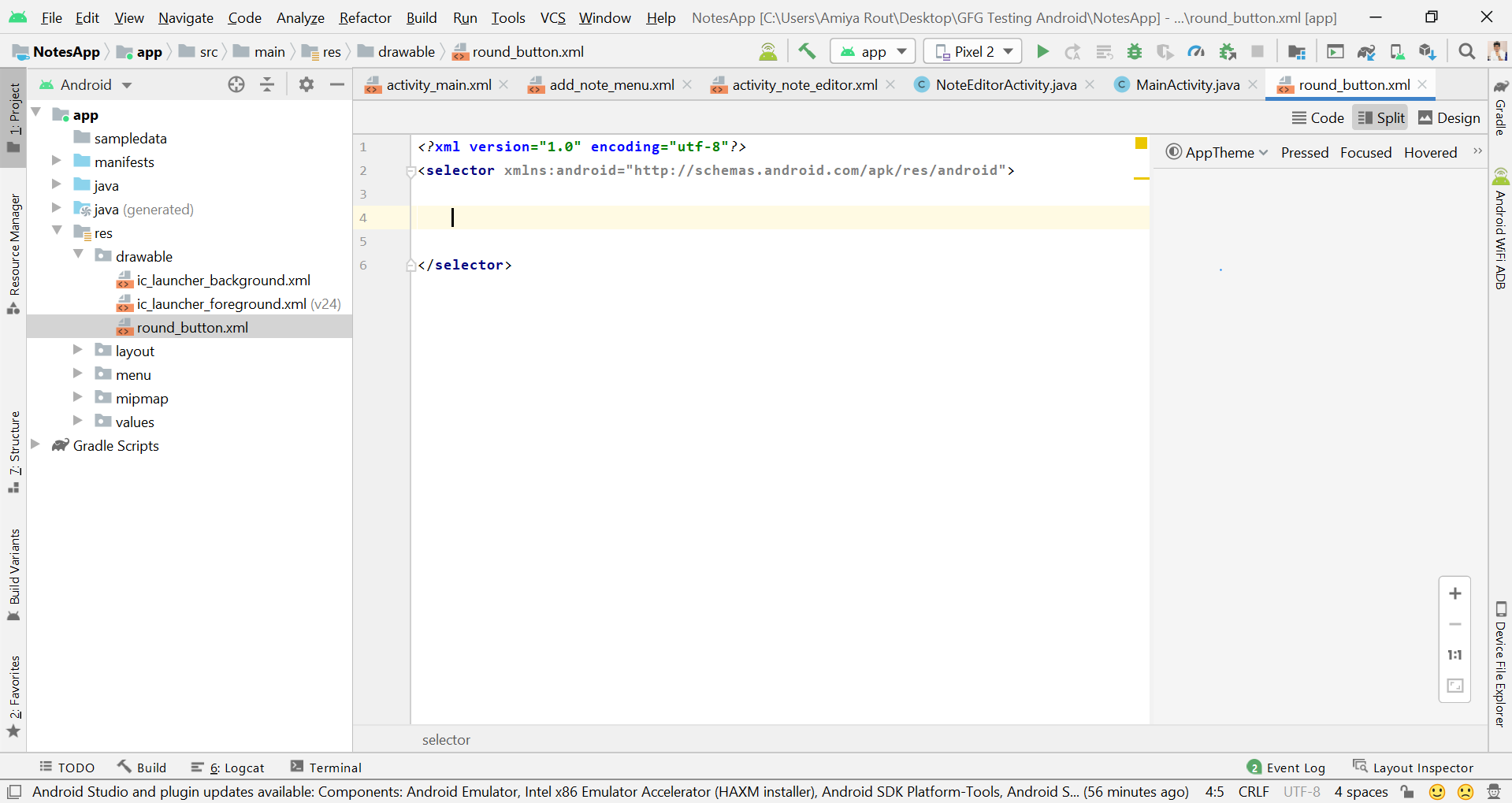 After doing all the steps the important questions arise are why to create a drawable resource XML file in Android? What’s its application? To get the answer to these questions please refer to this article to get a clear-cut idea about its real usage.