How to create a vertical or basic form using Bootstrap ?

Forms are used in almost every website that you visit. It is generally used to collect data from the users. It  consists of various interactive controls that enables users to input the data. These controls are wrapped in the <form> tag and also can be designed or styled according to the need by setting different attributes of the controls, to different values.

Some of the major form controls are:

They can be integrated in the forms as per the requirements.

In this article, we will be learning to create the basic vertical forms.

How to create vertical or basic form in bootstrap?

As you can see in the output, a basic form is created, having interactive form controls i.e. two labels, one text field and one password field to enter the data i.e. name and password, and 2 buttons i.e. login and register. 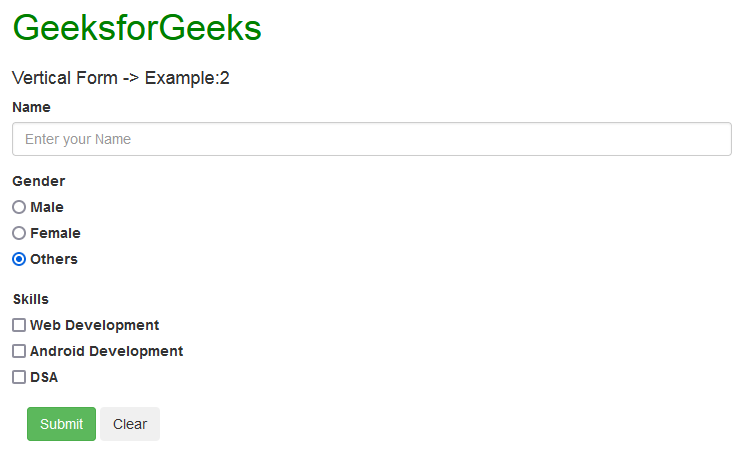 In this output form, radio buttons are included, enabling or forcing the user to choose only one gender option from the  list and Checkboxes are also introduced, enabling the user to select multiple skills and that too in a vertical form(default).