How to create a pie chart with percentage labels using ggplot2 in R ?

In this article, we are going to see how to create a pie chart with percentage labels using ggplot2 in R Programming Language.

The dplyr package in R programming can be used to perform data manipulations and statistics. The package can be downloaded and installed using the following command in R.

The ggplot2 package in R programming is used to plots graphs to visualize data and depict it using various kinds of charts. The package is used as a library after running the following command.

The ggplot method in R programming is used to do graph visualizations using the specified data frame. It is used to instantiate a ggplot object. Aesthetic mappings can be created to the plot object to determine the relationship between the x and y-axis respectively. Additional components can be added to the created ggplot object.

Geoms can be added to the plot using various methods. The geom_line() method in R programming can be used to add graphical lines in the plots made. It is added as a component to the existing plot. Aesthetic mappings can also contain color attributes which is assigned differently based on different data frames.

The geom_bar() method is used to construct the height of the bar proportional to the number of cases in each group.

The coord_polar() component is then added in addition to the geoms so that we ensure that we are constructing a stacked bar chart in polar coordinates.

theta – variable to map angle to (x or y)

start – Offset of starting point from 12 o’clock in radians.

This is followed by the application of geom_text() method which is used to do textual annotations. 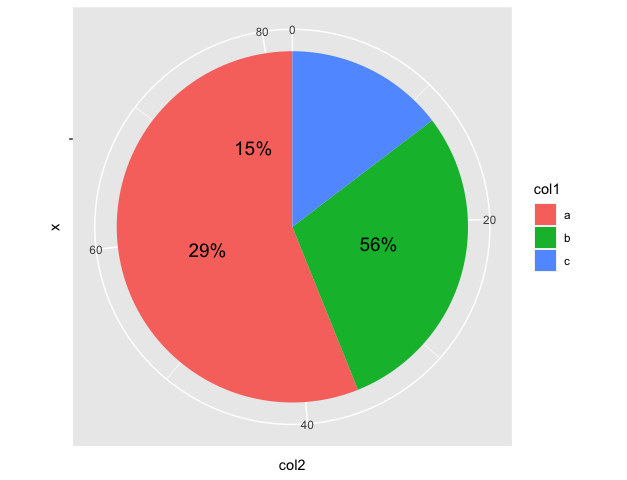 In order to accommodate the index inside the par chart along with levels, we can perform mutations on the data frame itself to avoid carrying out the calculations of the cumulative frequency and its corresponding midpoints during the graph plotting. This method is less cumbersome than the previous method. In this approach, the three required data properties are appended in the form of columns to the data frame, which are :

This is followed by the application of the method theme_nothing which simply strips all thematic elements in ggplot2. 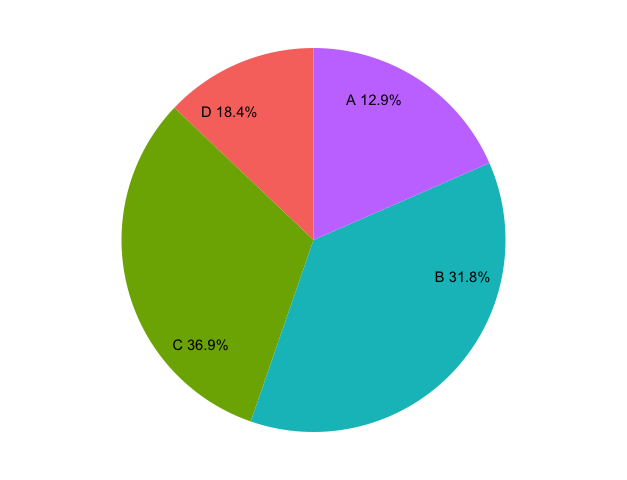