How to create a Java Docker Container?

Java is one of the most popular languages and supports many enterprise applications. Running Java on local machines requires the installation of Java IDE, Java JDK, Java JRE, and requires the setting of paths and environment variables. This might seem to be a hefty task especially if you just want to run a simple program. In this article, we will discuss how to run Java inside Docker Containers.

We will create a simple Java application with a print statement inside it. Refer to the program below. Note that your file name and Main class name should exactly match each other.

Have a look at the Dockerfile below.

Note that your directory structure should look like this. 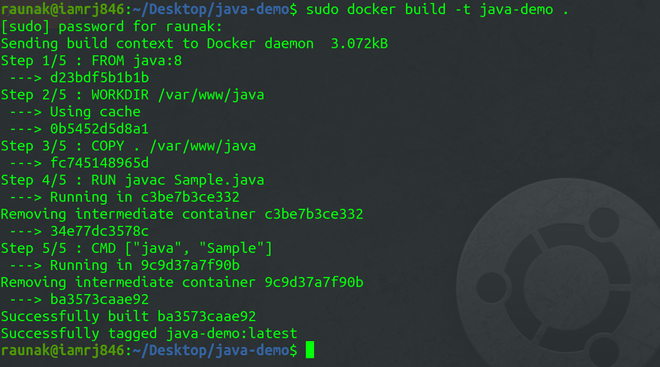 After you have built your Docker Image, you can run your Docker container using the Docker run command.

You can see that the program has been executed successfully and the result has been printed after running the Container.