How to Create a basic API using Django Rest Framework ?

Django REST Framework is a wrapper over default Django Framework, basically used to create APIs of various kinds. There are three stages before creating a API through REST framework, Converting a Model’s data to JSON/XML format (Serialization), Rendering this data to the view, Creating a URL for mapping to the viewset.

To initialize REST Framework in your project, go to settings.py, and in INSTALLED_APPS add ‘rest_framework’ at the bottom.

Create a app and model

A folder with name apis would have been registered by now. let’s add this app to INSTALLED_APPS and urls.py also.
In, settings.py,

Create a model
To demonstrate, creating and using an API, let’s create a model named “GeeksModel”. In apis/models.py

now our app is ready, let’s serialize the data and create views from the same.

Serializers allow complex data such as querysets and model instances to be converted to native Python datatypes that can then be easily rendered into JSON, XML or other content types. Serializers also provide deserialization, allowing parsed data to be converted back into complex types, after first validating the incoming data. Let’s start creating a serializer, in file apis/serializers.py,

To render data into frontend, and handle requests from user, we need to create a view. In Django REST Framework, we call these as viewsets, so let’s create a view in apis/views.py,

Specify the url path of APIs to be accessed, In apis/urls.py,

After everything is sucessfully ready, let’s run some commands to activate the server.

Run following commands to create the database, and run server, 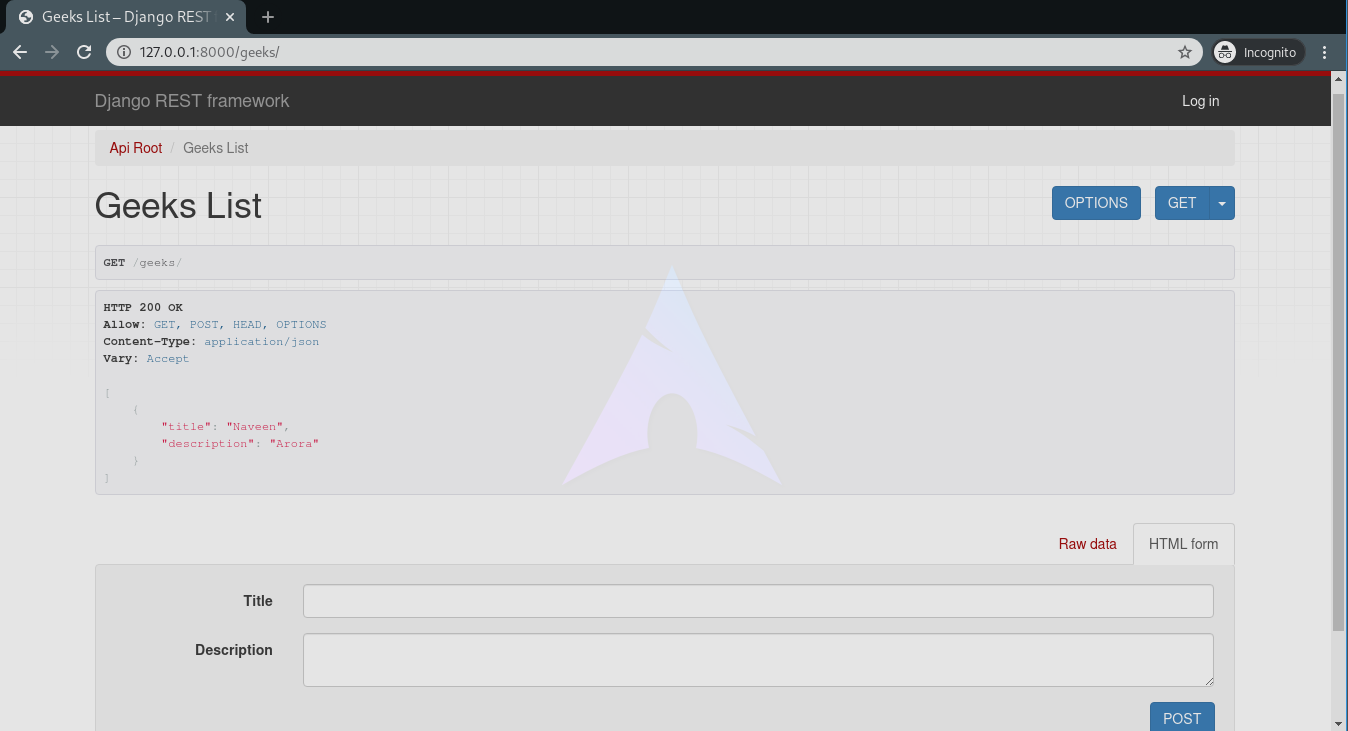 To check the code for the project, click here