How to Compile, Decompile and Run C# Code in Linux?

C# is a modern multi-paradigm programming language developed by Microsoft and released in the year 2000. By multi-paradigm we mean that it includes static typing, strong typing, lexically scoped, imperative, declarative, functional, generic, object-oriented, and component-oriented programming disciplines. The syntax of C# is highly inspired by the JAVA syntax, therefore, it is easier to understand for most developers who have some basic knowledge of C, C++, and JAVA. It was designed by  Anders Hejlsberg and developed by Mads Torgersen.

To compile, Decompile and Run C# code in Linux, follow the below-mentioned steps:

Firstly, we need to install mono-complete, to run software for Mono or Microsoft. NET.

Step 1: To Install mono-complete, open up your Linux terminal and type the following command, and hit enter.

Run the following command to set up the system before installing the mono.

Then run the following to install mono.

Step 2: Write a simple hello world program in C# and save the code in a file called geeks.cs.

Step 3: Now make this C# file an executable file. Navigate to the file and run the following command.

Step 4: Now we will be using the MCS compiler and creating a Windows executable named geeks.exe from the source geeks.cs.

After this, an executable file, geeks.cs, will be generated.

Step 5: Press Enter to exit back to a default terminal prompt.

Step 6: To decompile this executable file run the following command:

The decompiled code will be saved in the newly generated file, geeks.txt. To view the decompiled file in the terminal, run the following command: 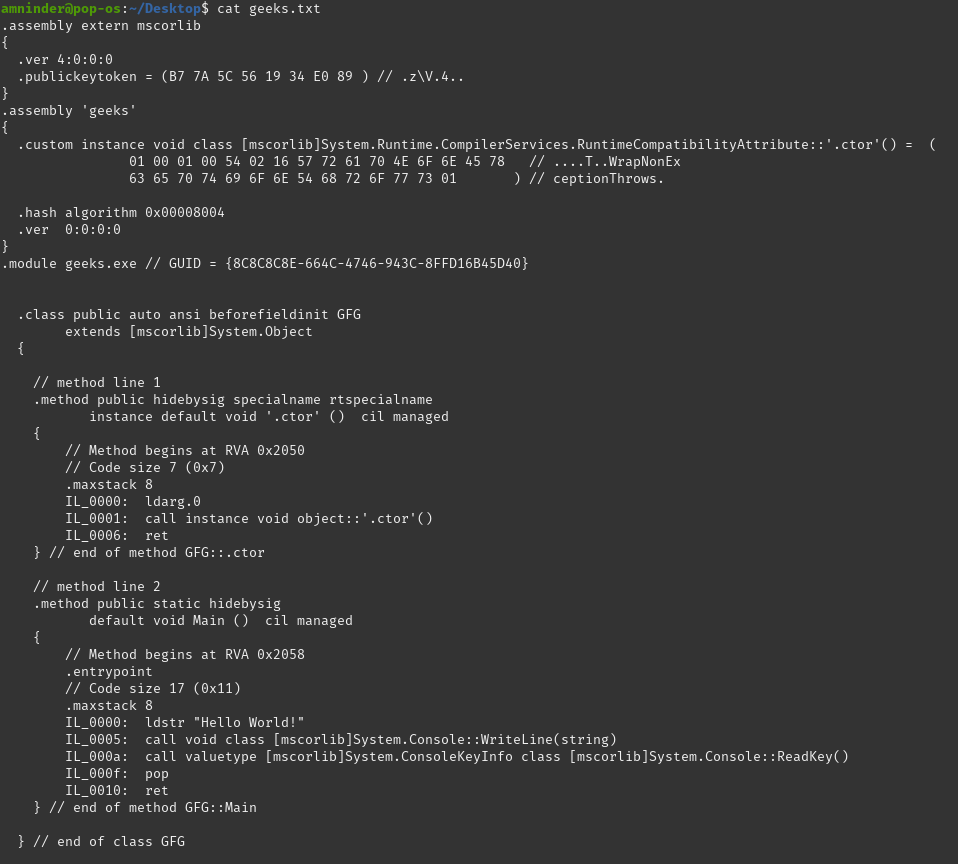 The output of decompiled code