How to Clone a project from GitHub using Eclipse?

In this article, we will see how to clone the existing projects from GitHub using eclipse IDE

Step 1: After selecting the project, click on the Green-colored Code button then copy the hyperlink as shown in the image. You can copy the link manually or by just click on the Copy icon. 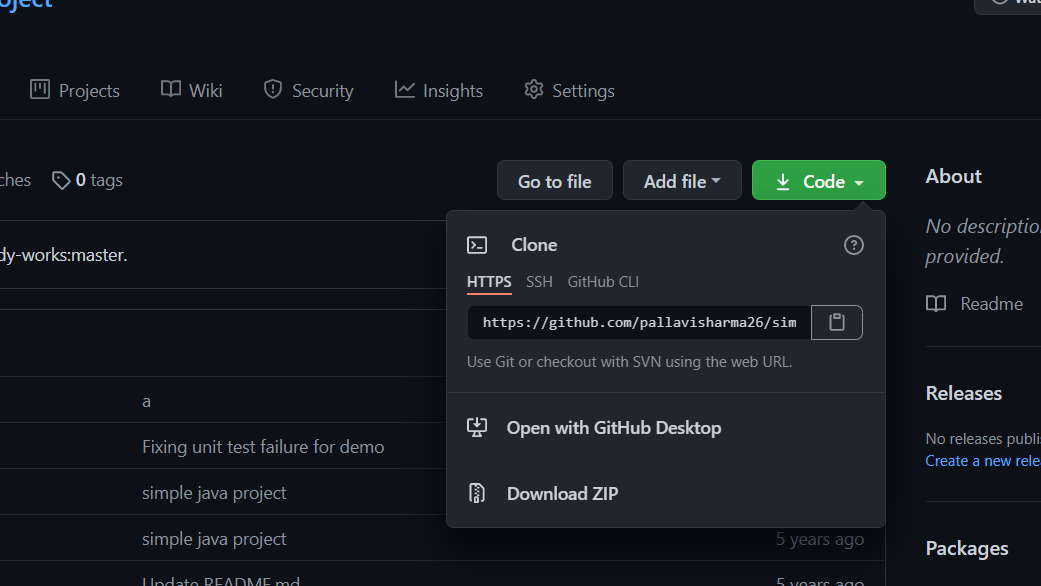 Step 2: Open Eclipse and go to Window > Show views > Other > Git > Git Repositories for making git repositories visible in eclipse as shown in the image. 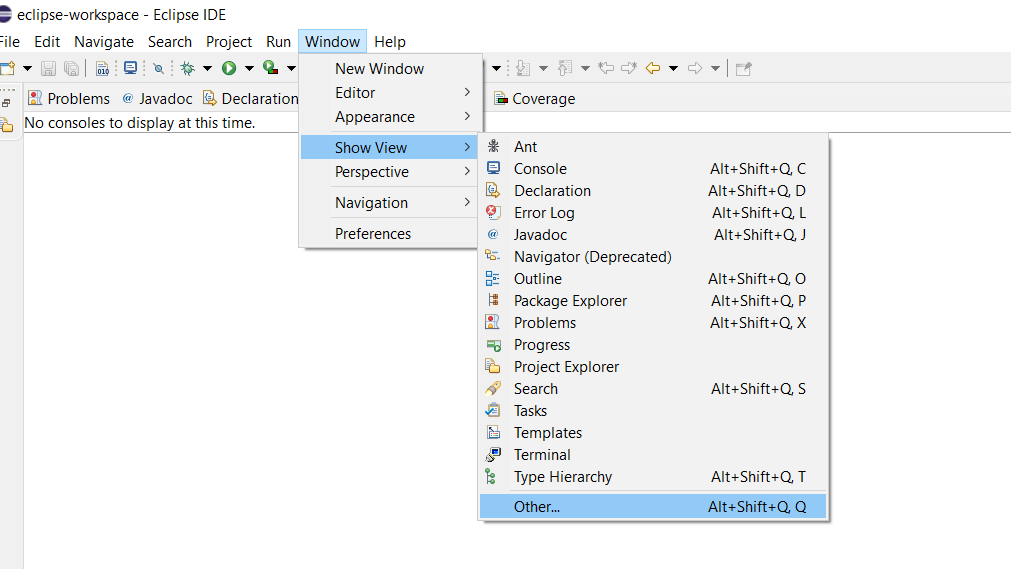 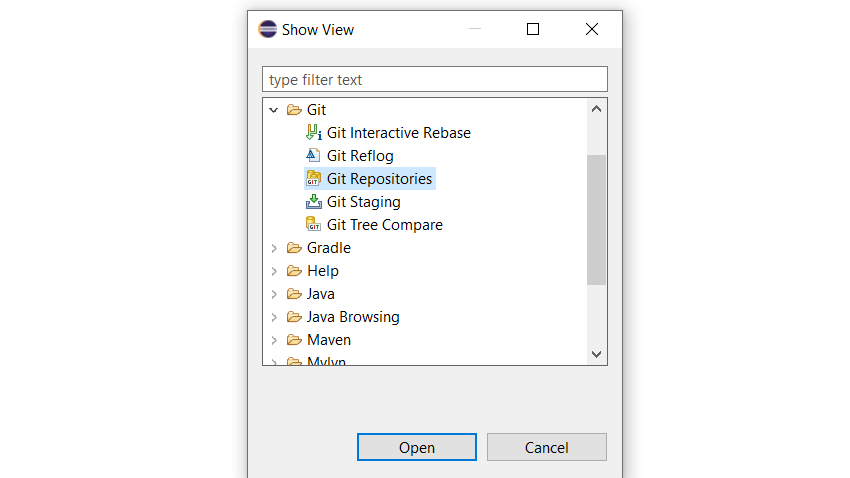 Step 3: We will after this as shown in the image now select “Clone a Git repository“ 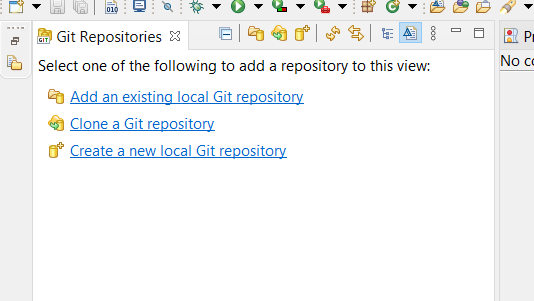 Step 4: A window will pop up in which you have to paste the GitHub Repository URL and also GitHub UserID and Password and click on the “Next” button. 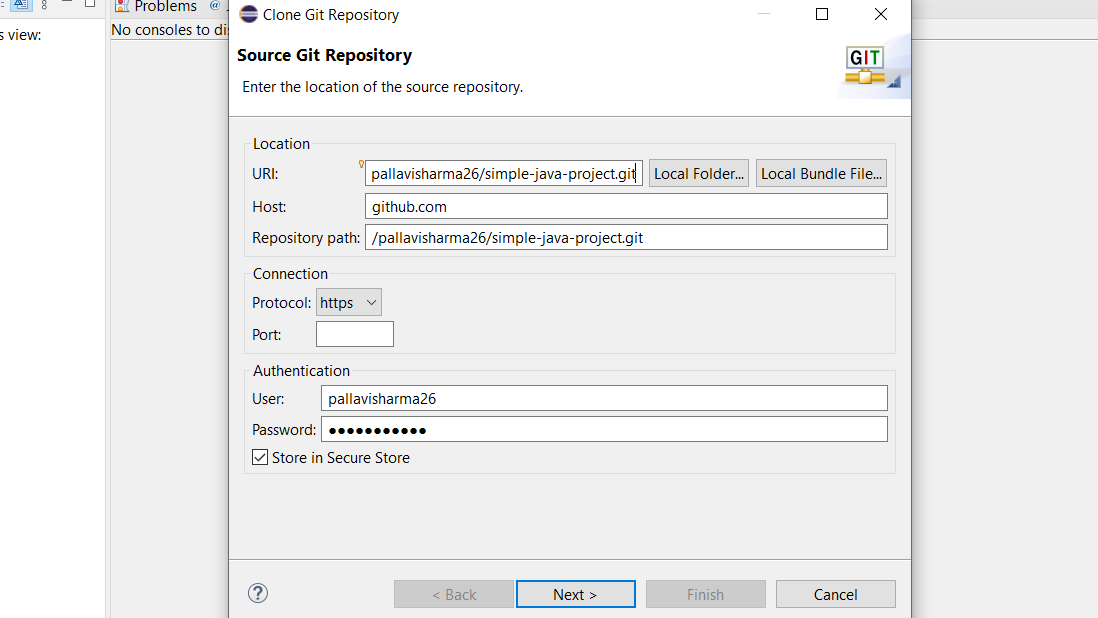 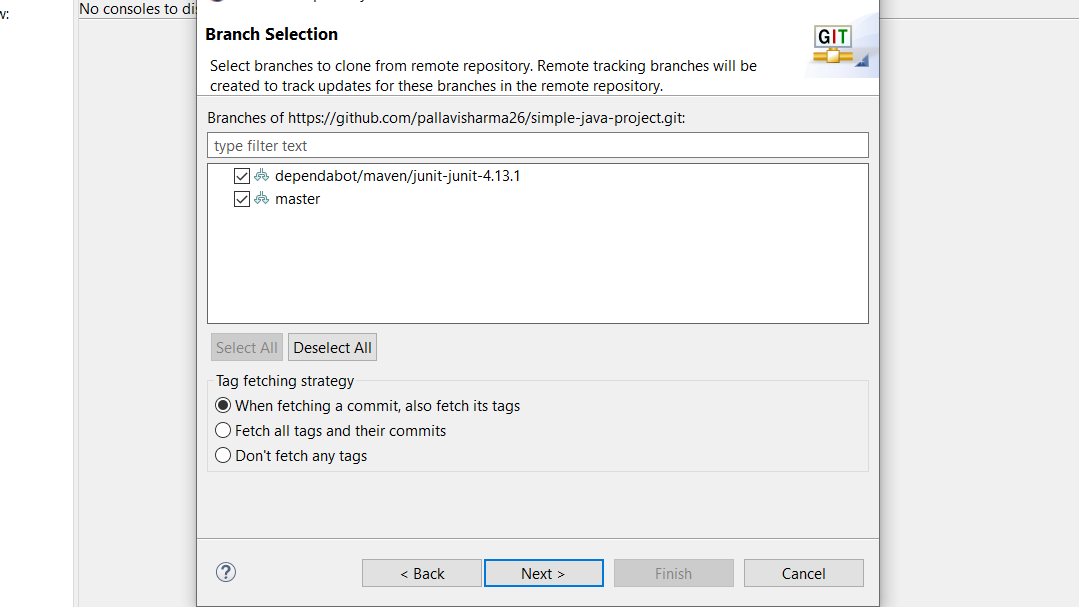 Step 6: Select the Folder directory in which you want to import the repository and click “Finish“. 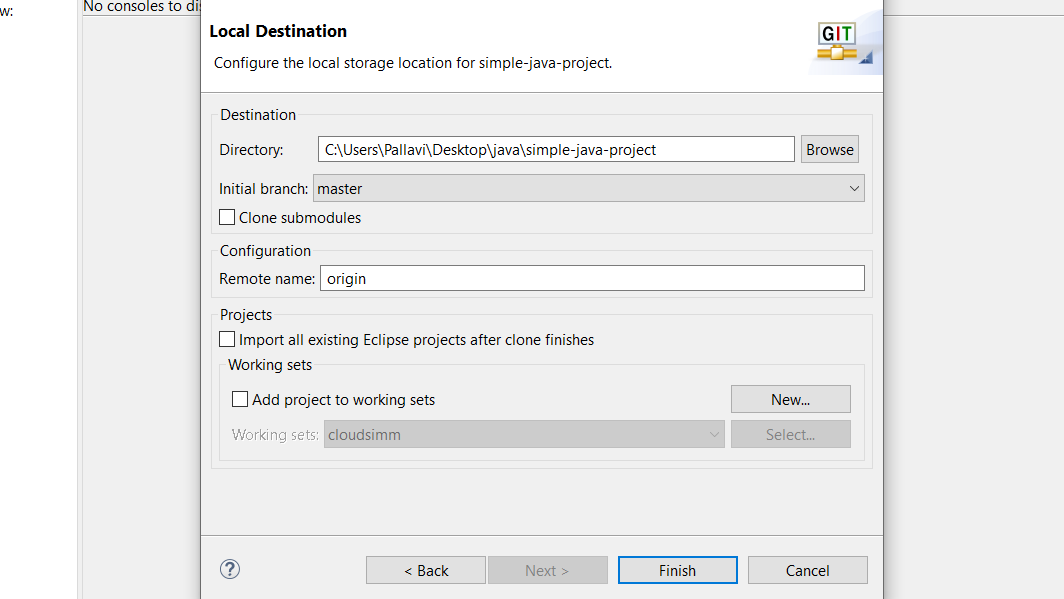 We have successfully imported the GitHub Repository and can make further changes to it. 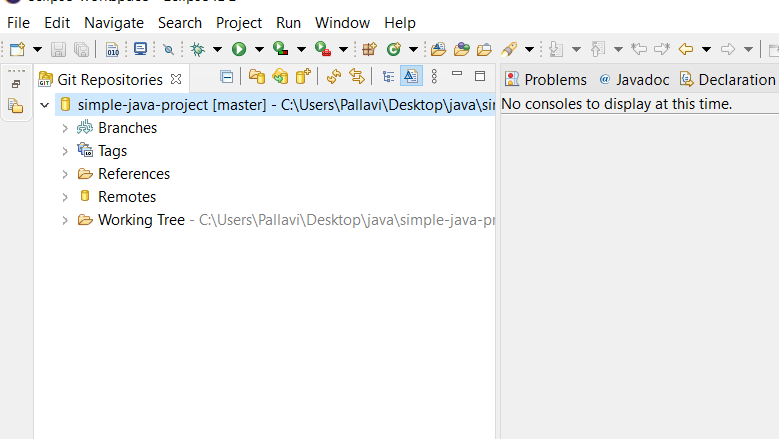 My Personal Notes arrow_drop_up
Previous
How to Export Eclipse projects to GitHub?
Next
Frustum of a Cone
Recommended Articles
Page :
How to Clone Web Project from GitHub in Pycharm using Git?
16, Dec 20
How to Clone Android Project from GitHub in Android Studio?
02, Nov 20
How to Upload a Project through GitHub Desktop on GitHub
11, Feb 21
How to Export Eclipse projects to GitHub?
26, Mar 21
How to Clone Github Repository and Push Changes in Colaboratory?
09, Mar 21
Difference Between fork and clone in GitHub
20, Sep 21
How to Upload a Project on Github?
14, Apr 20
How to Upload Project on GitHub from Android Studio?
05, May 20
How to Upload Project on GitHub from Pycharm?
24, May 20
How to Upload Project on GitHub from Jupyter Notebook?
30, Oct 20
How to Push a Project and Contribute on GitHub?
23, Nov 21
How to Import a Flutter Project from GitHub?
09, Feb 22
How to Add Git Credentials in Eclipse?
03, Dec 21
How to Use Git with Eclipse?
14, Mar 22
Shallow Clone on Git in Linux
01, Jun 22
Using Bitbucket as an extension to GitHub capabilities
30, Nov 15
Flutter - Building and Releasing APK using GitHub Actions
17, Feb 22
Build, Test and Deploy a Flask REST API Application from GitHub using Jenkins Pipeline Running on Docker
19, Sep 21
Create a Pull Request on GitHub using Pycharm
08, Jun 21
Using GitHub with SSH (Secure Shell)
30, Mar 20
GitHub App to Build Form using Typeform and Probot
10, May 20
Deployment of Angular Application using Github Pages
10, Sep 20
How to Create Pull Request on GitHub without Using any IDE?
16, Dec 20
Creating New Branch on Github without using any IDE
11, Feb 21
Article Contributed By :