How to check two objects have same data using JavaScript ? 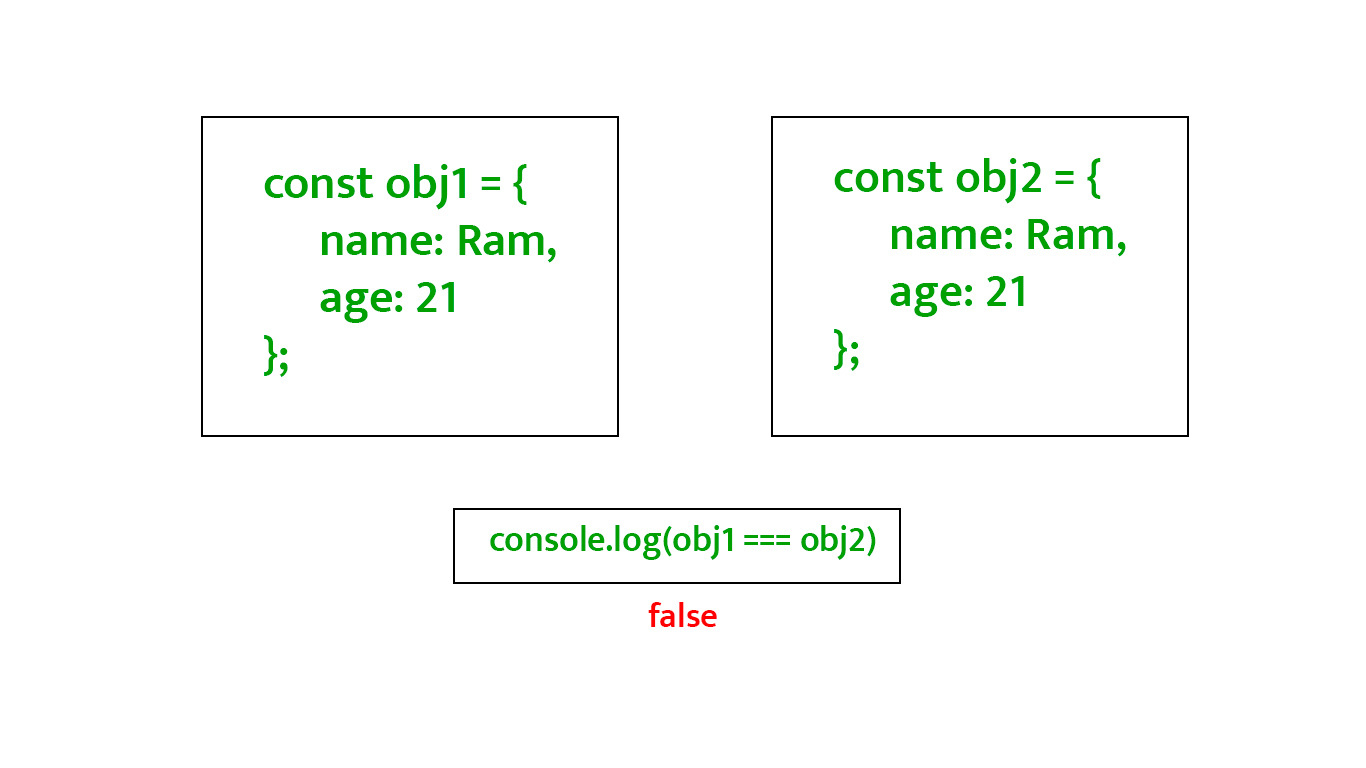 There is no direct method in javascript to check whether two objects have the same data or not.

Below is the pseudo-code of the function, followed by the code snippet:

Note: The above approach does not work for nested objects (Objects and arrays inside an
object). In such cases, it needs function according to the nested object.

Applying the above function would fail in case of nested objects as shown below: