How to Calculate the Interquartile Range in Excel?

Using two quartiles of the five-number summary we can easily calculate the IQR abbreviated as Interquartile Range.

In this article, we are going to see how to calculate the Interquartile range in Excel using a sample dataset as an example.

In terms of Mathematics, it is basically defined as the difference between the third quartile (75th  percentile) and the first quartile (25th percentile).

IQR denotes the middle 50% hence also known as midspread or H-spread in statistics. It can be easily observed using a box plot. 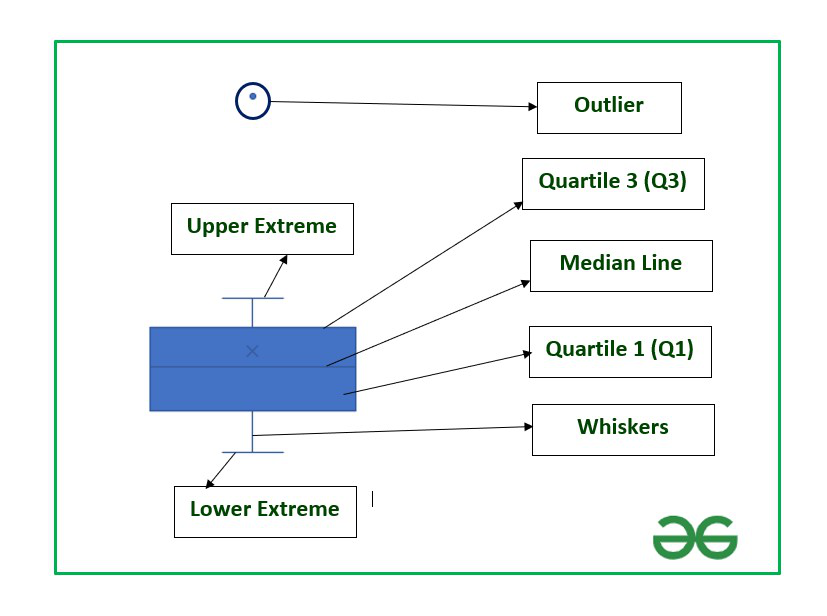 The vertical lines of the rectangular box plot denote the Interquartile range which lies between Quartile 1 and Quartile 3.

Example: Consider the dataset consisting of the BMI of ten students in a class.

Step 2: Select any cell where you want to write the formula to calculate the values of Q1, Q3, and IQR.

Step 3: First find the values of Q1 and Q3 using the quart values as 1 and 3 respectively.

The dataset is stored in column “A” of the worksheet and the observations are stored from cell A2 to A11.

So the array will start from A2 and end at A11. 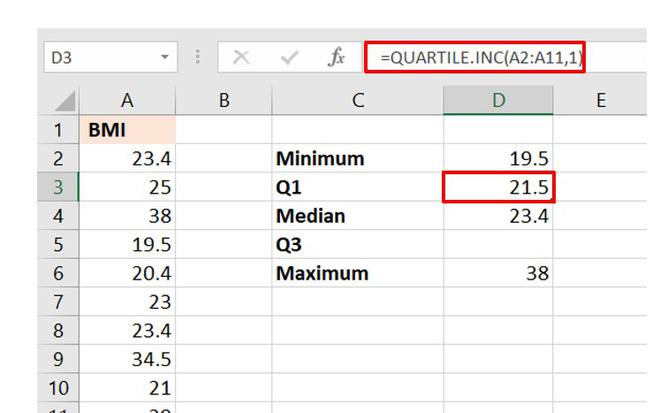 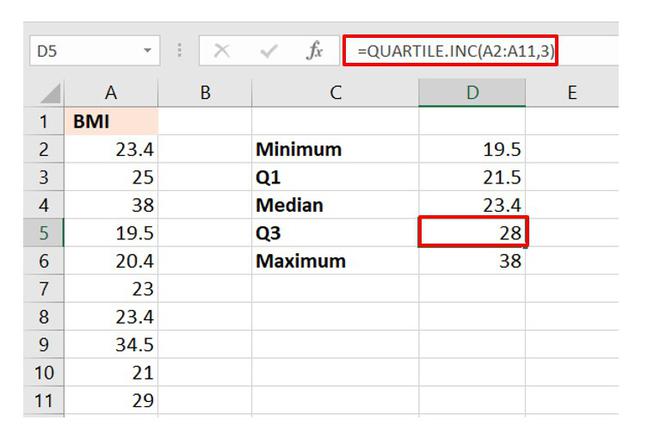 You can also find the remaining three parameters of a five-number summary using the same formula just by changing the quart value. But to find the IQR, we only need the values of Q1 and Q3. 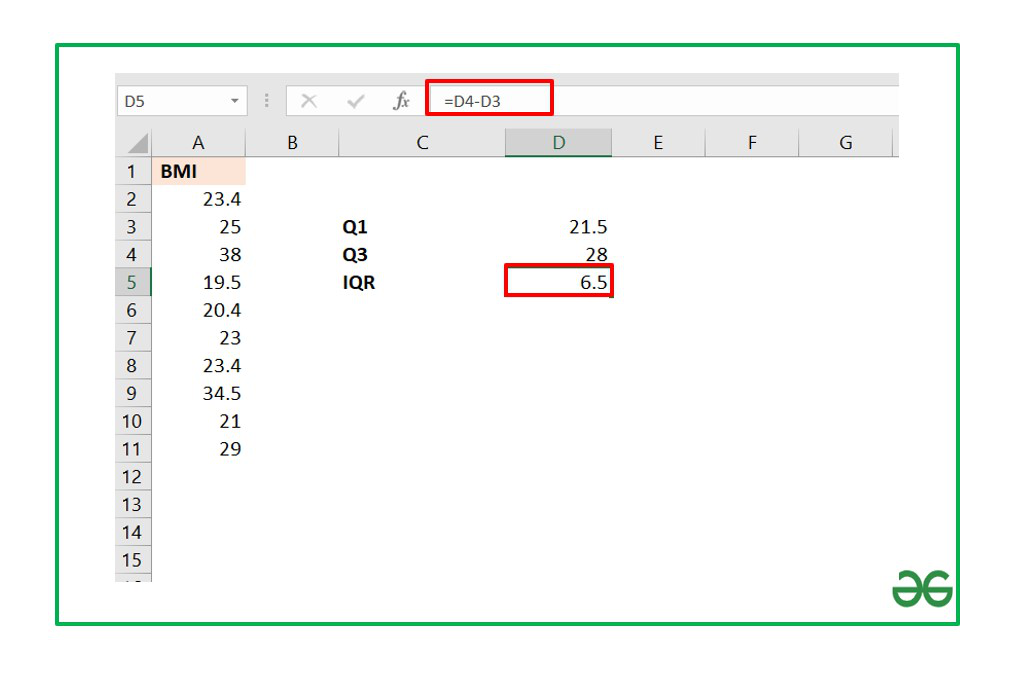 The Interquartile range for the above dataset turns out to be 6.5.