The square root of the square of a positive number gives the original number.

A square root function is a one-to-one function that uses as input a positive number and returns the square root of the given input number.

Some of the important properties of the square root are as follows:

The above three methods can be used in the computation of the square root of perfect square numbers. The last method, however, can be used for both types of numbers.

The method relies on the following sequence of steps:

Step 1: Subtract consecutive odd numbers from the number for which we are finding the square root.

Step 3: The number of times step 1 is repeated is the required square root of the given number.

For instance, for the number 16, the method works as follows:

Prime factorization of any number is the representation of that number in the form of a product of prime numbers. The method relies on the following sequence of steps :

Step 1: Divide the specified number into its prime factors.

Step 2: A pair of similar factors is formed in a way such that both the factors in each of the formed pairs are equal.

Step 3: Take one factor from each of the pairs.

Step 4: The product of the factors is obtained by taking one factor from each pair.

Step 5: This obtained product is the square root of the given number.

For instance, for the number 64, the method works as follows:

Step 1: Find the nearest perfect square occurring both before and after to the given number.

Step 2: Find the next closest integers and round them off each time to come towards the closest answer.

For instance, for the number 15, the method works as follows:

9 and 16 are the perfect square numbers before and after nearest to 15. Now, we know,

The Long Division method for the computation of the square root of numbers involves the division of large numbers into steps or parts, thus breaking the problem into a sequence of easier steps.

For instance, for the number 180, the method works as follows:

Step 1: A bar is placed over every pair of digits of the number beginning with the unit’s place.

Step 2: The left-most number is then divided by the largest number such that the square is less than or equal to the number in the left-most pair. 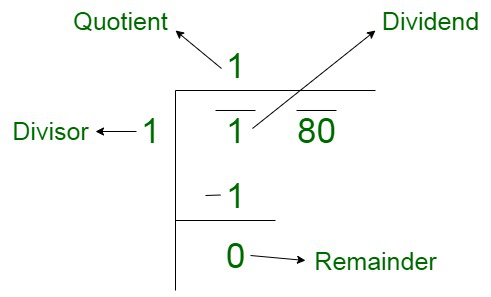 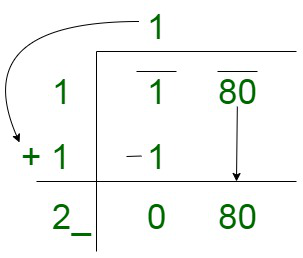 Step 4: The obtained number in the quotient is equivalent to the number as selected in the divisor.

Step 5: The same process is repeated using a decimal point and adding zeros in pairs to the remainder. 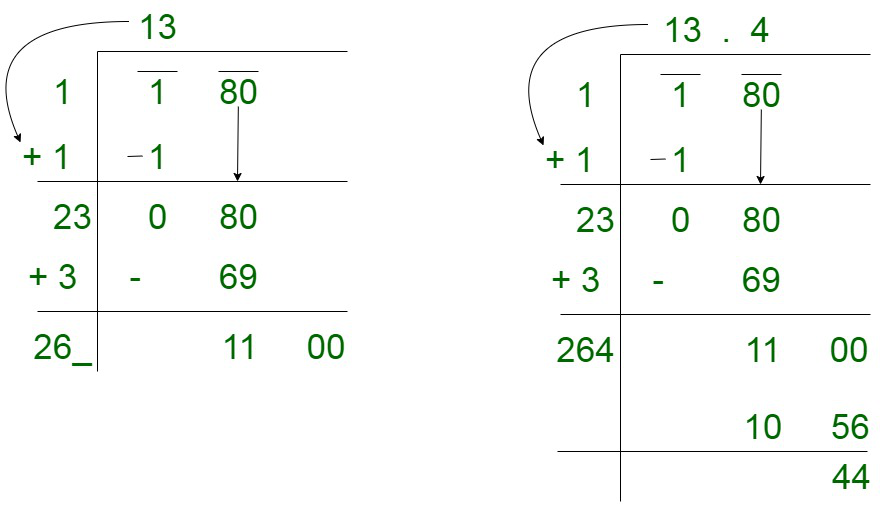 Step 6: The quotient forms the square root of the number.

Question 1. Compute the square root of 144 by Prime Factorization Method?

Question 2. What is the way to simplify square root?

The prime factorization of the given number can be computed. In case the factor cannot be grouped, a square root symbol is used to group them. The following rule is used for simplification :

In case of fractions, the following rule is used:

On squaring both the sides, we obtain;

Question 4. Can the square root of a negative number be a whole number? Explain.

Question 5. Compute the square root of 25 by the method of repeated subtraction?

Going by the above stated steps, we have,

Question 6. Compute the square root of 484 by the long division method?

By the long division method, we have, 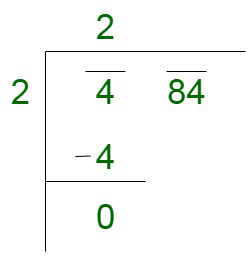 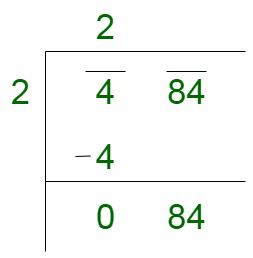 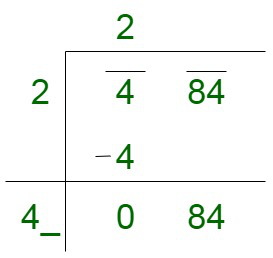 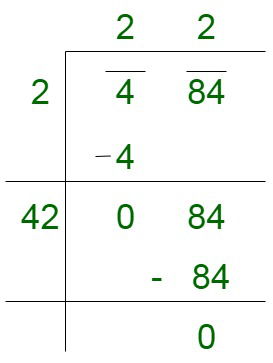 The remainder is 0, therefore, 484 is a perfect square number, such that,