Terminal is one of the most common tool used by developers. Many applications, frameworks, and even programming languages have more function which can be invoked using command line interface. Most of the computers come with at least one terminal in their operating system with command prompt now most replaced by cross-platform powershell in windows, and Linux console in Linux based OS’s.

By now most of you have understood terminal in as system application but how can we build terminal like website in a browser. For that JavaScript has got our back, these terminal likes and feels like a system terminal but are not as powerful as them, but they do the work for us, and thanks to some developers we got some libraries to help us out rather than writing from scratch. Some libraries are jQuery.terminal, Xtermjs, for this tutorial we will use JQuery.terminal

Now open your favorite code editor and create our base html file mostly index.html and call our dependencies

The body of web page is empty because it is the place where we will write our JavaScript code. Let us write our first command

In above JavaScript code, we are using jQuery to get body part of the document into terminal function. Then we create another function inside the terminal function which takes an argument. iam is the command we created which prints your name passed as argument and welcome to GeeksForGeeks.

Now, we will change some styling using the style tag, we use green color for all text and increase the text size

The complete code is below 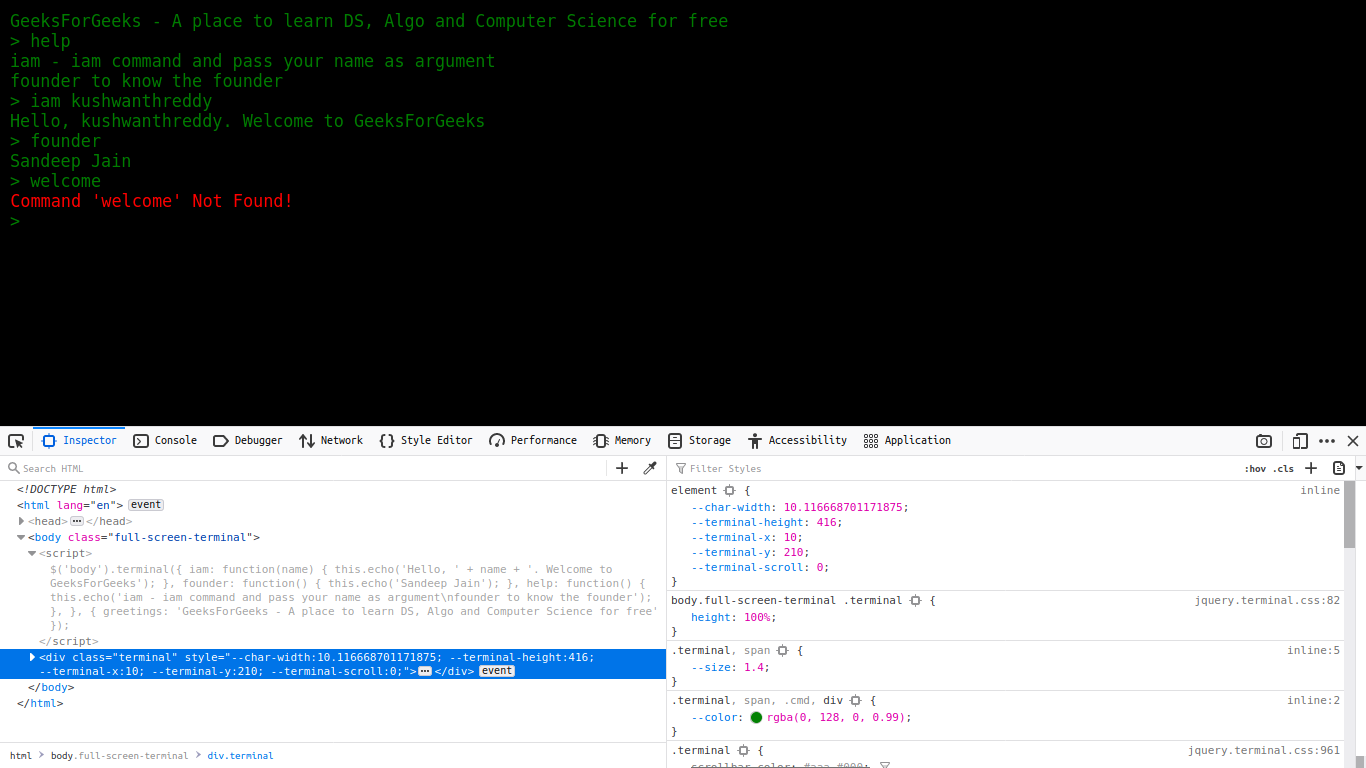 You have build a simple interactive terminal website and customized it. jquery.terminal can also do some other things like

You can learn more about the jQuery.terminal from docs and github