How to Boot Linux ISO Image Directly from Hard Drive

To  Boot Linux ISO Image Directly from Hard Drive, you must have a Linux operating system installed on your hard drive and your computer must be using a GRUB2 bootloader. The GRUB2 bootloader is a standard bootloader on most Linux systems.

Note: The downloaded ISO file of Linux must be a live CD release of each Linux ISO image.

How to Get ISO files from Linux:

1) First of all, search for the ISO file on Google which you want to download. To download these Linux distributions you may visit:

2) Let us take the example of downloading Ubuntu.

To view the information, we use the fdisk -l command on Ubuntu’s terminal and use the following command:

A list of Linux device paths is shown, which you can convert to GRUB device names on your own.

Note: You shouldn’t edit this file by hand. It’s designed to be automatically generated from the settings you specify in other files.

You’ll need to open the /etc/grub.d/40_custom file for editing with root privileges.  On Ubuntu, you can do this by opening a Terminal window and running the following command:

You can open this file in your favorite editor by just replacing gedit with your editor name. 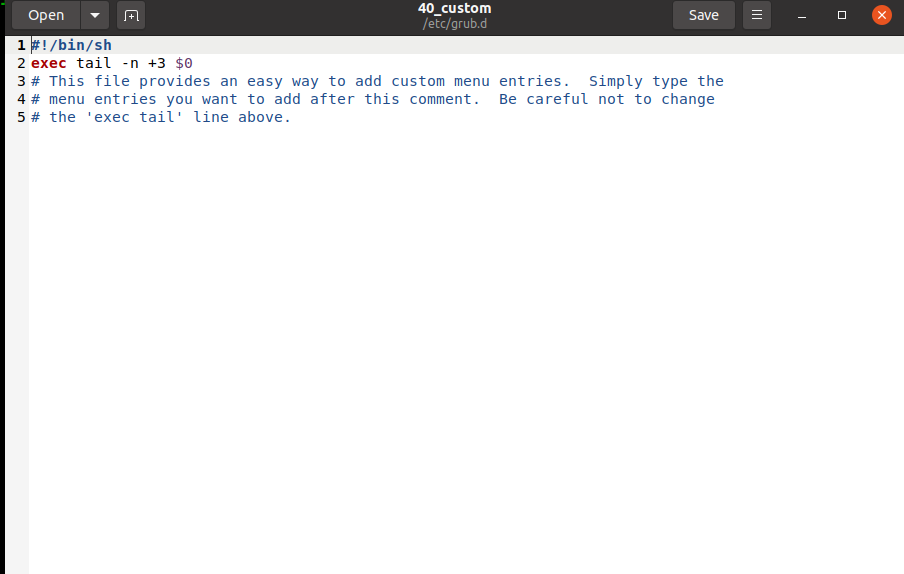 So to boot an Ubuntu or Ubuntu-based distribution from an ISO file. We tested this with Ubuntu 20.04: 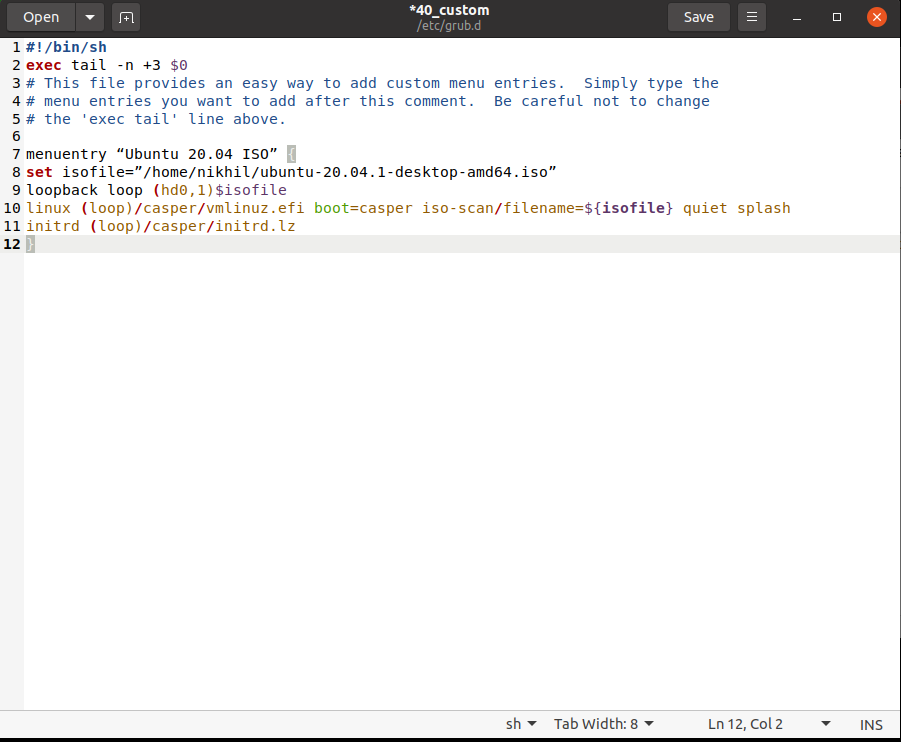 If you want to add more ISO boot options, add additional sections to the file, otherwise just save the file and return to the terminal window. 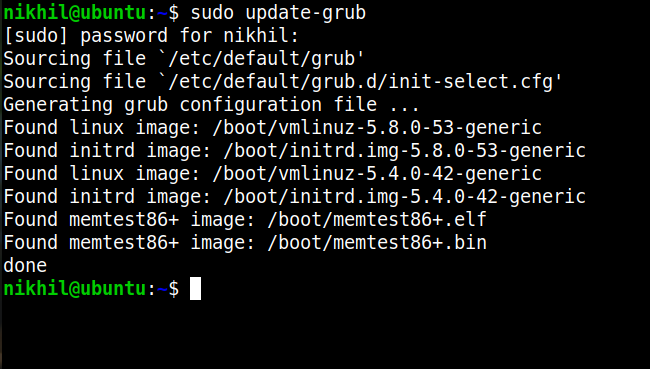 The next time you boot your computer, you’ll see the ISO boot entry and you can choose to boot the ISO file. You may have to hold Shift while booting to see the GRUB menu.

Note: If you see an error message or a black screen when you attempt to boot the ISO file, you misconfigured the boot entry somewhere. Even if you got the ISO file path and device name right, the paths to the vmlinuz and intird files on the ISO file may not be correct or the Linux system you’re booting may require different options.