How SYN cookies are used to preventing SYN Flood attack

Before talking about SYN cookies and how they are used to preventing SYN Flood attack, Let us first take a look at how TCP connections were established until  mid-1990s.

How TCP Connection Are Established:
A TCB(Transmission Control Block) is created when a TCP entity opens a TCP connection, A TCB contains  whole state of connection. The state of the connection contains:

A TCP implementation must maintain a Transmission Control Block (TCB) for every established TCP connection. A TCB must contain all information required to send and receive segments. They are as follows: 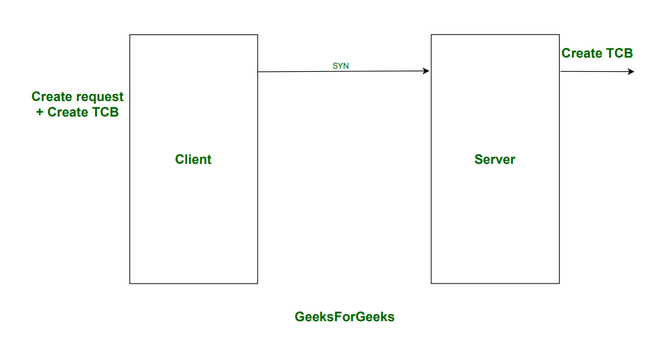 STEP 2: Server sends an SYN connection request and an acknowledgement to client 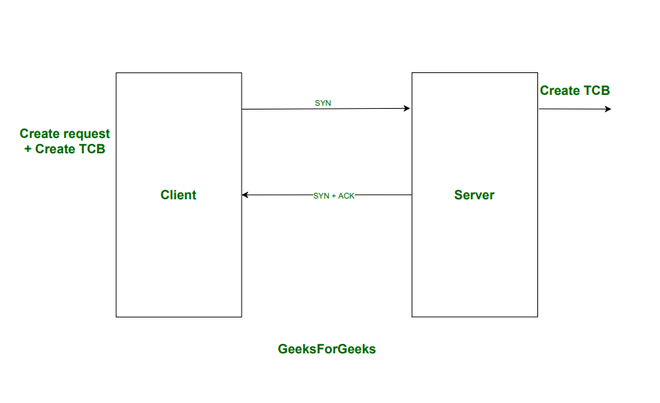 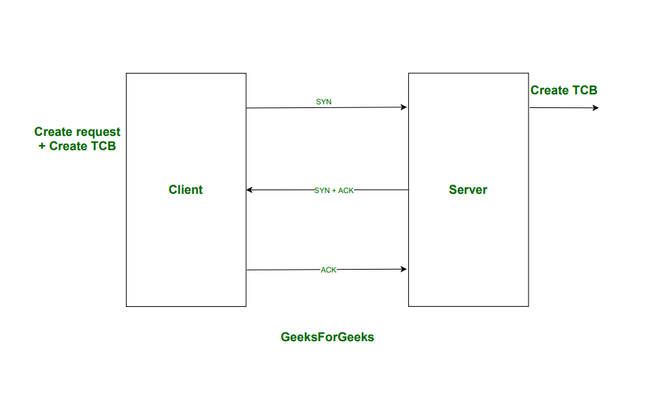 The client sends an acknowledgement

SYN Flood Attack:
An SYN flood attack is a type of denial-of-service attack during which an attacker rapidly initiates a TCP connection with an SYN request to a server and does not respond to SYN+ACK from the server. The server has to spend resources (Creating TCBs for the connection requests) waiting for half-opened connections Since there was a limit on the number of ‘half-open’ TCP connections. The server will no longer accept any new connections. This will make system unresponsive to legitimate traffic. The following steps show how it was carried out.

Here are some diagrams depicting an SYN flood attack:

STEP 2: Server sends an SYN connection request and an acknowledgement to the client

STEP 3:  Client does not respond with an ACK to complete three-way handshake 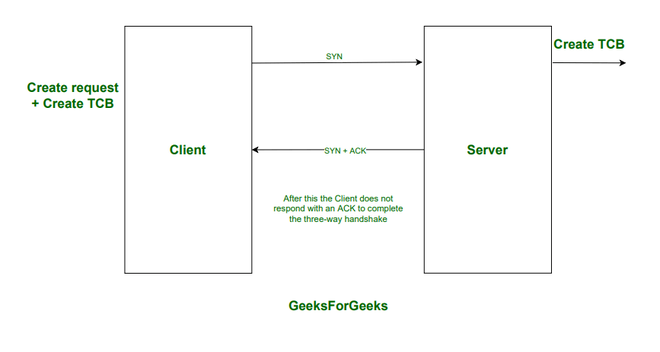 The client does not respond with an ACK 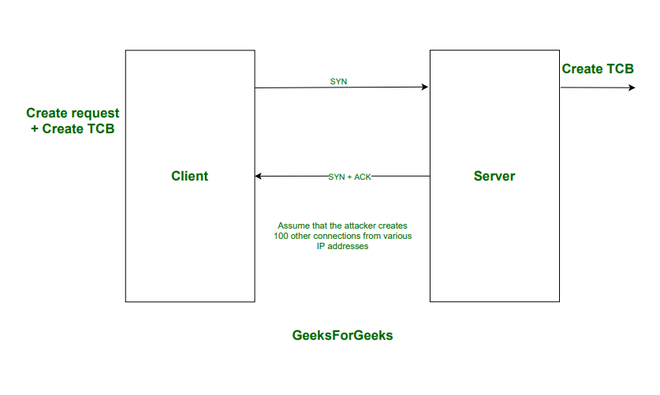 STEP 5:  TCP buffer will be full at server’s end and server will be unable to accept any new connections 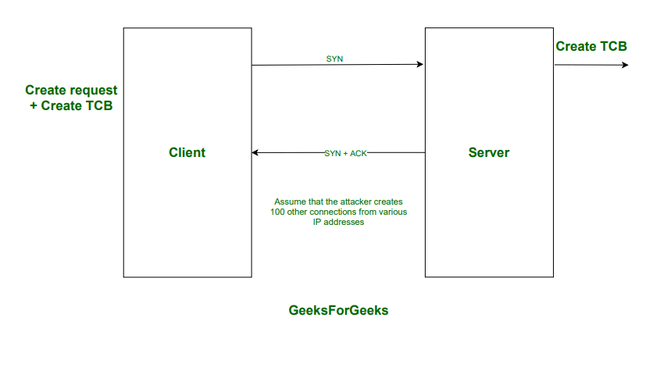 The TCP buffer will be full at the server’s end

SYN flood attacks can be performed in three different ways:

SYN Flood Attack Prevention:
SYN Flood attacks can be prevented in a number of different ways. Some approaches include:

How SYN Cookies are used to preventing SYN Flood attack:
The way SYN Cookies solves this problem(SYN Flood attack) is to use a function that uses some information from the client’s SYN packet and some information from server-side to calculate a random initial sequence number. Let us assume this number as y-1, y-1 is sent to the client in an SYN + ACK message. If an ACK packet is received with a sequence number y, with the help of some packet header fields and some server-side information, a reverse function can verify that acknowledgement number is valid. If it is valid, a TCB is created and a connection is established. If it is invalid, the connection is refused. The advantage of SYN cookies is that the server doesn’t have to create and store a TCB upon reception of the SYN segment.