How spatial resolution of a digitized image is different from brightness resolution in MATLAB?

Why spatial resolution is important?

Spatial resolution is important as it influences how sharply we see the objects. The key parameter is not just the number of pixels in each row or column of the display, but the angle subtended, by each of these pixels on the viewer’s retina.

What is spatial resolution?

Spatial resolution can determine the quality of an image and describe how detailed an object can be represented by the image. It has importance in medical images such as ultrasound tomography and CT scan. 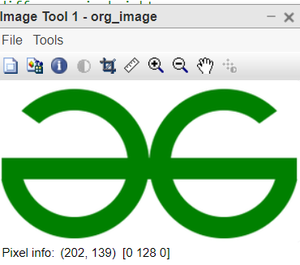 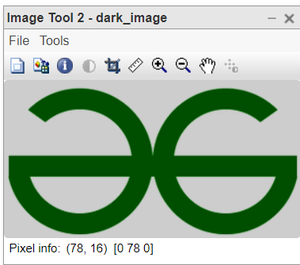 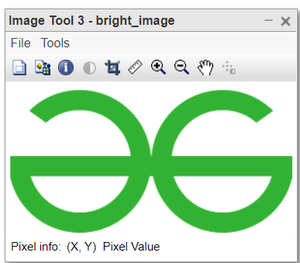 What is the contrast of an image?

Contrast refers to how clearly we can differentiate between two adjacent parts in an image. The contrast of an image can be identified from the histogram of the image. If the dynamic range of the histogram is wide then the corresponding image has high contrast. If the dynamic range is small then the image is said to be of low contrast. In low contrast most of the pixels of the image have the same colour therefore, it becomes difficult to distinguish the various portions of the image.

When we increase the contrast of an image then the brightness also increases, cause we are widening the dynamic range of the image. That means many pixels will get light colour thus increases the brightness.

k=rgb2gray(k); //To convert to grayscale 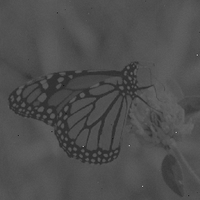 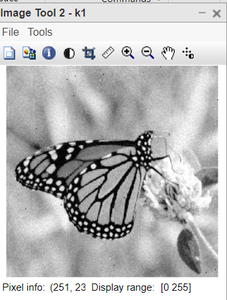 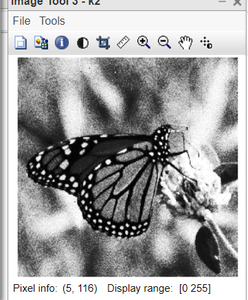 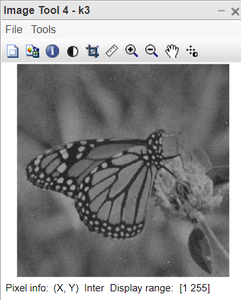