How is Physics related to Other Sciences?

The word science comes from a Latin verb, Scientia. All the natural phenomena in the universe are governed by a systematic understanding known as Science. Natural phenomena can be predicted, controlled, modified as well as eradicated using the concepts of Science. It can be considered to be a global human endeavor. Science is concerned with physical nature and its aspects. It includes imagination, experimentation, and deduction.  Knowledge about Science has been gained by humans through experiments, observations, and trials conducted on the surrounding objects. Therefore, it is both knowledge and a process. The systematic and organized knowledge collected through various sources has formed a large pool, which is so vast today that it has been divided into many branches and sub-sections :

The scientific method goes through the formation of a sequence of steps to reach from the knowledge pool to well-formulated derivations and formulae. It consists of the following crucial steps : 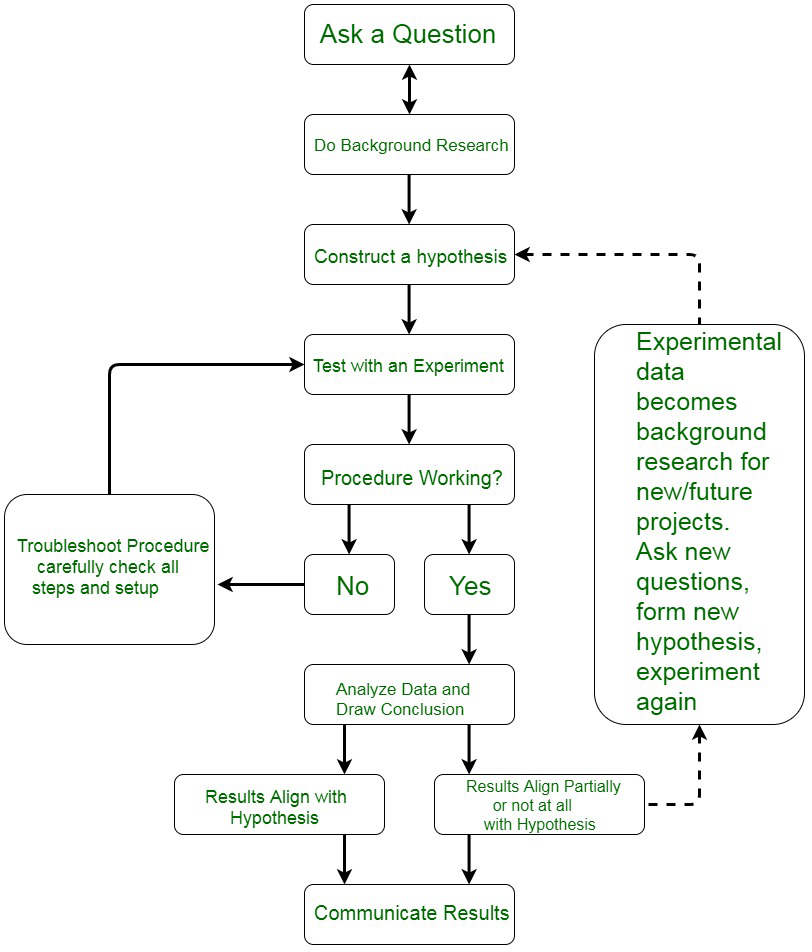 Physics and its scope

Physics is the branch of science related to the study of basic laws of nature and their manifestations concerned with the different natural phenomena. It is also referred to as the “fundamental science” because it constrains all the other significant branches of the sciences. It can be considered to be the study of the physical world and matter along with its motion through space and time. It also pertains to the concepts of energy and force as well.

The scope of physics spreads over both massive objects like the universe and its surroundings, as well as to negligibly small-sized particles, like electrons, protons, etc., It is vast as it converts quantities with varying lengths stretching over a magnitude as high as 1060 m (study of the universe) or as low as 10-12 m (study of electrons, protons, etc). It also encompasses a wide range of masses from minutely small, like protons, neutrons etc., 10-10 kg, to highly massive galaxies, 1080 kg. Physics considers both the microscopic and macroscopic domains.

Physics is divided into two major categories based on its scope:

Some Branch of Physics

Physics in Relation to Other Sciences

Physics is a very significant branch of science that plays a crucial role in understanding the developments pertaining to the other branches of science, such as Chemistry, Biology, etc.

The other sciences, like geology, oceanology, seismology, etc, also use some laws of physics. 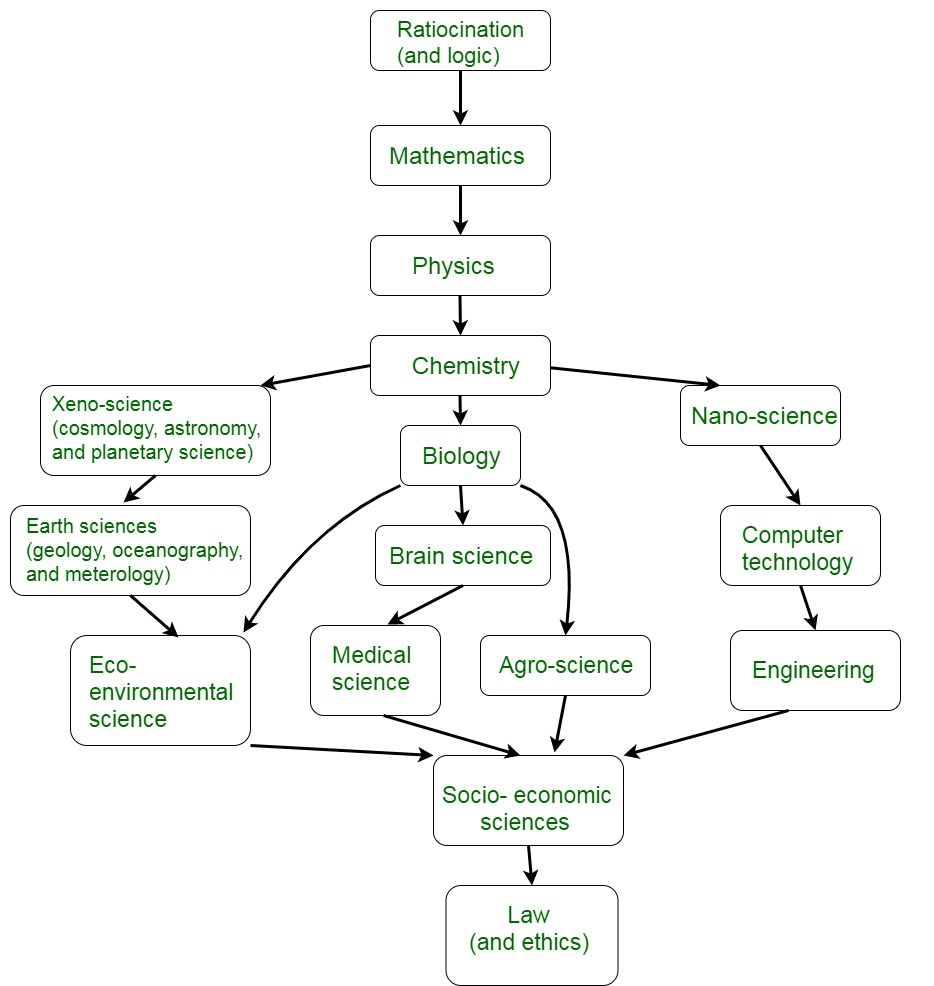 Problem 1: What is “high-energy” physics?

High-energy physics, which is also termed particle physics, refers to the study of the elementary constituents of matter and energy along with their corresponding interactions. Particle physics is concerned with the design and development of high-energy accelerators and detectors.

Problem 2: Explain the relation of physics to seismology.

Seismology is also referred to as the scientific study concerned with earthquakes and their related phenomena, such as volcanic eruptions. The movement of the earth’s crust, that is, the tectonic shifts and the types of waves emitting energy helps us in studying the earthquake and its repercussions.

The difference between weak and strong nuclear forces are as follows:

Problem 4: What is the difference between classical and modern physics?

Classical physics deals with the study of objects on a macroscopic scale, which can be studied with the largely unaided five human senses. This is in comparison to modern physics, which is concerned with the nature and behavior of particles and energy at the sub-microscopic level. The laws of one branch of physics remain inapplicable to the other branch and vice versa. Also, most of the laws of classical physics are deterministic.

Astrophysics is a branch of science dealing with the methods and principles deployed in the study of astronomical objects and phenomena of the universe.

Problem 6: Explain the reasons behind the durability of scientific knowledge.

Problem 7: Is it possible to modify a scientific theory?

A scientific theory can be revised if required to accommodate new phenomena or data. It is not fixed and can be reformulated.