How Does the Dagger Work in Android?

When we create a new Android Project, eventually we start accumulating different-different dependencies to get certain functionalities, but over time managing them becomes cumbersome, thus an injection framework like Dagger comes into play. However, setting up an injection service like Dagger requires much amount of boilerplate code and has a very steep learning curve. Originally adding raw dependency/version of Dagger without Android Support is a nightmare.

Then comes Dagger-Android, which changes this game and satisfies everything which raw Dagger lacked, like reduced pre-made (boiler-plate) code, still it wasn’t successful. Recently Dagger-Hilt was released in the part of the highly famous Jetpack libraries, and now Google also recommends a certain way to achieve the implementation. The following are ups of using Dagger-Hilt as mentioned by them:

But still, the question remains…

How Does Dagger Work?

For that, let’s go through this quick story:

Let me Introduce: Spandan an Android developer, and his newly developed robot Zen

One day, Spandan wants to vary Zen’s behavior because well… having a robot that walks around the home is nice but now he doesn’t do much right?

For this reason, our developer must forget his motto “the less I bother, the better”. Indeed, whether it’s to vary Zen’s behavior or test his code, he must touch his code. If its code is sufficiently modular, this could help it considerably. But to switch Zen’s behavior only during the tests the matter isn’t solved.

Luckily, Spandan finally discovered dependency injection! A revelation for him! Yes, it takes longer to line up, but once done, no more headache! Indeed, Spandan divided his robot into several distinct and independent parts (or modules): the top, the proper arm, the left arm, etc. These will all be added to Zen’s body, which, on the opposite hand, needs these parts to function. 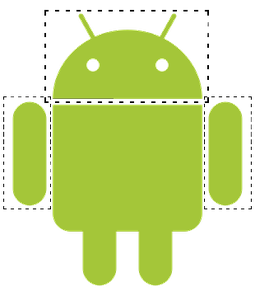 These different parts on which Zen depends are called dependencies. These are created independently of his body, they are going to be “injected” into his code. that’s to mention, they’re simply “connected” to Zen’s body, which can use them to steer and talk. This implies that, if, for instance, Spandan wants Zen to require advantage of his ride to wash up, he only has got to modify the corresponding dependency (here, one among the arms). additionally, when Spandan wants to perform different function tests on Buggy, he will define dependencies especially for this case, and alter the robot’s behavior in order that it remains motionless during the “walk” functionality test.

Before starting with Dagger-Hilt we’d like to know Dagger basics. during this section, you’ll understand the Dagger and its terminologies. Basically, to know Dagger we’ve to know the 4 major annotations,

To understand it better during a basic course, think module as a provider of dependency and consider an activity or the other class as a consumer. Now to supply dependency from provider to consumer we have a bridge between them, in Dagger, Component work as that specific bridge.

Now, a module may be a class, and that we annotate it with @Module for Dagger to know it as Module. A component is an interface, which is annotated with @Component and takes modules in it. (But now, this annotation isn’t required in Dagger-Hilt). Inject is an annotation that’s wont to define a dependency inside the buyer.

#1. Setting up a fresh Project

Your starting project is prepared now

Add the subsequent dependencies within the app’s build.gradle file:

#3. We need the enum to represent the UI State. We will create that in the utils package.

Now we need a utility class that will handle the communication of the current state of Network Call to the User Interface (UI) Layer. We are (for this project) naming it as Resource.

#4. Create a Kotlin class ‘Resource.kt’ inside the same utils package and add the following code:

We are now ready to roll with this package! Hope you got the true aroma through this article and would’ve well understood how does dagger work 🙂

My Personal Notes arrow_drop_up
Previous
How to Install Android Studio on Ubuntu?
Next
Android BottomSheet Example in Kotlin
Recommended Articles
Page :
Dependency Injection with Dagger 2 in Android
22, Nov 20
Dagger 2 Android Example using Retrofit
19, Dec 20
Android - Component in Dagger
23, May 21
How Does Android App Work?
28, Dec 20
How Does Threading Work in Android?
05, May 21
How does internationalization work in JavaScript?
12, Sep 19
How does inline JavaScript work with HTML ?
30, Sep 19
How does auto property work in margin:0 auto in CSS ?
16, Mar 21
How does z-index layer work ?
21, Apr 21
Different Ways to Fix "Error type 3 Error: Activity class {} does not exist" in Android Studio
24, Feb 21
Different Ways to fix "The APK file does not exist on disk" in Android Studio
25, Mar 21
Different Ways to Fix "Android Studio Does not Show Layout Preview"
21, May 21
How Does OutOfMemory Error Happen and How to Solve it in Android?
17, Jun 21
Amazon summer internship (Hospitality, Work, Learning and Perks)
20, Apr 19
How CSS transition work with linear gradient background button?
21, May 20
How to work with Julia on Jupyter Notebook?
14, Jul 20
Class 8 RD Sharma Solutions - Chapter 11 Time And Work - Exercise 11.1 | Set 1
13, Dec 20
How to specify how much work the task requires in total in HTML5 ?
24, Mar 21
Work Energy Theorem
22, Jun 21
Work Done by a Variable Force
24, Jun 21
Android | Android Application File Structure
12, Jul 18
What's Android Interface Definition Language (AIDL) in Android?
05, May 21
Android | How to Create/Start a New Project in Android Studio?
26, Jun 18
Android | Running your first Android app
12, Jul 18
Article Contributed By :