How does NPM handle version conflicts ?

Consider a case where we have installed a module say A. Now we want to install another module called B and B depends on A but the problem is the version of A which is required by module B is different from the version of A installed at first. So how npm will handle this situation where our application depends on two different versions of module A. This is where version conflicts arise. The problem can be represented as follows. 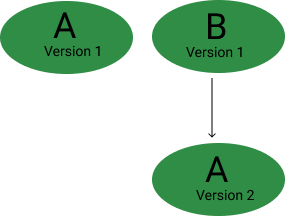 In the above image, we can see that module B is dependent on version 2 of module A but the application already has module A with version 1 in its root.

Let’s understand this step by step taking the following cases:

Case 1: Both modules A and B does not have any dependency.

In this case, npm would simply add the modules as root dependency under node_modules. The dependency tree can be represented as: 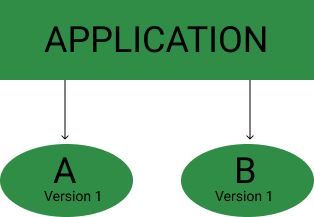 Case 2: Module A has no dependency and module B depends on the same version of A.

Case 3: Module A has no dependency and module B depends on the different version of A. 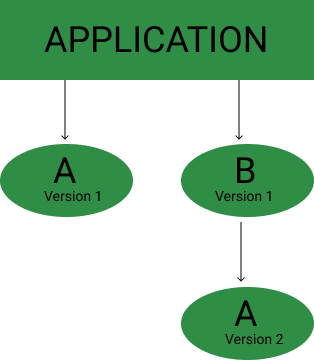 Case 4: Module A has no dependency and module B and C both depend on version 2 of module A. 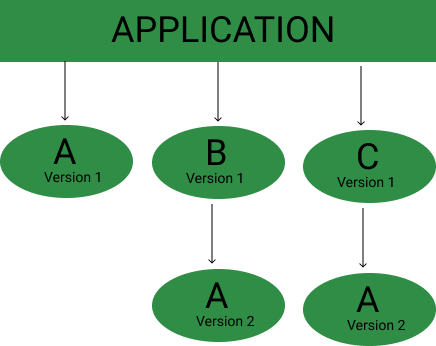 This is how npm handles version conflicts by making separate copies of node_modules for each dependency.