How Does NASA Use Machine Learning?

Do you ever look at the night sky and wonder what is beyond the stars? Do you ever wonder if there is life somewhere else in the universe? Do you want to travel to some faraway galaxy and find out the secrets of the universe?!! Well, all these questions are ones that NASA tries to solve on a daily basis.

NASA is involved in all aspects of space ranging from studying Earth’s outer atmosphere to finding signs of life on other planets! And Machine Learning is a big part of this space discovery as it is a necessary tool in this data age. The amount of data generated by various NASA spacecraft and satellites is insane (As an example, consider that only the Sloan Digital Sky Survey will create more than 50 million images of galaxies in the future!) and hence Machine Learning is necessary to identify patterns in this data which will lead to exciting new discoveries in the future! And that’s not all! Machine Learning can also be used to monitor astronaut health in space, handle the spacecraft repairs intelligently, discover more planets in other galaxies and other fantastic things!!! In fact, when it comes to Space and Machine Learning, not even the sky’s the limit!!! 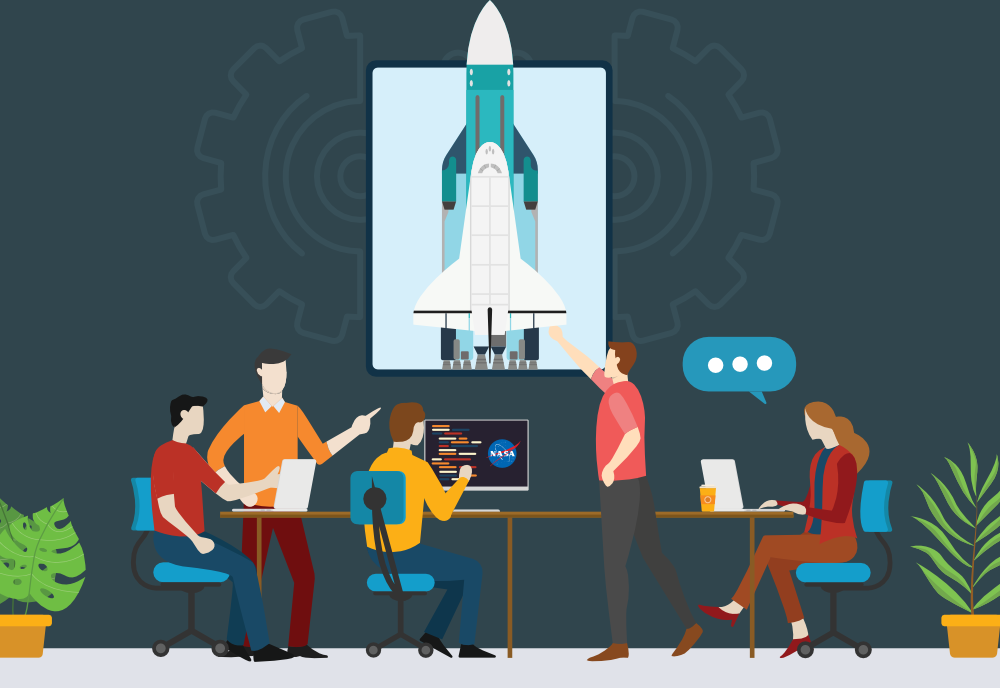 So now, let’s see some of the existing or in-progress applications of Machine Learning for NASA so that you can better understand the scope of this fantastic technology in space exploration and also get an idea of its future applications.

1. Self-Driving Rovers on Mars – The Spirit and Opportunity Rovers

Did you think that Tesla, Google, Uber, etc. were the first ones to heavily invest in self-driving cars? Well, think again!!! In fact, NASA had created the technology for autonomous driving for Mars Rovers almost a decade ago. A Machine Learning based navigation and driving system for self-driving Mars rovers known as AutoNav was actually used in the Spirit and Opportunity rovers which landed on Mars as early as 2004. Another rover launched in 2011, Curiosity also uses Autonav and it is a rover that is still exploring Mars till date with the mission of finding water and other factors that might make Mars suitable for human exploration in the future!

Now you would think that driving on Mars is comparatively easier than driving on the congested roads of Earth. But it’s not so easy! While AutoNav does not have to worry about the rover hitting other vehicles or humans (There is no life found on Mars yet!), the surface of Mars is very rocky so the navigation system has to make sure that the rover does not hit rocks or slippery sand dunes that would trap it permanently. 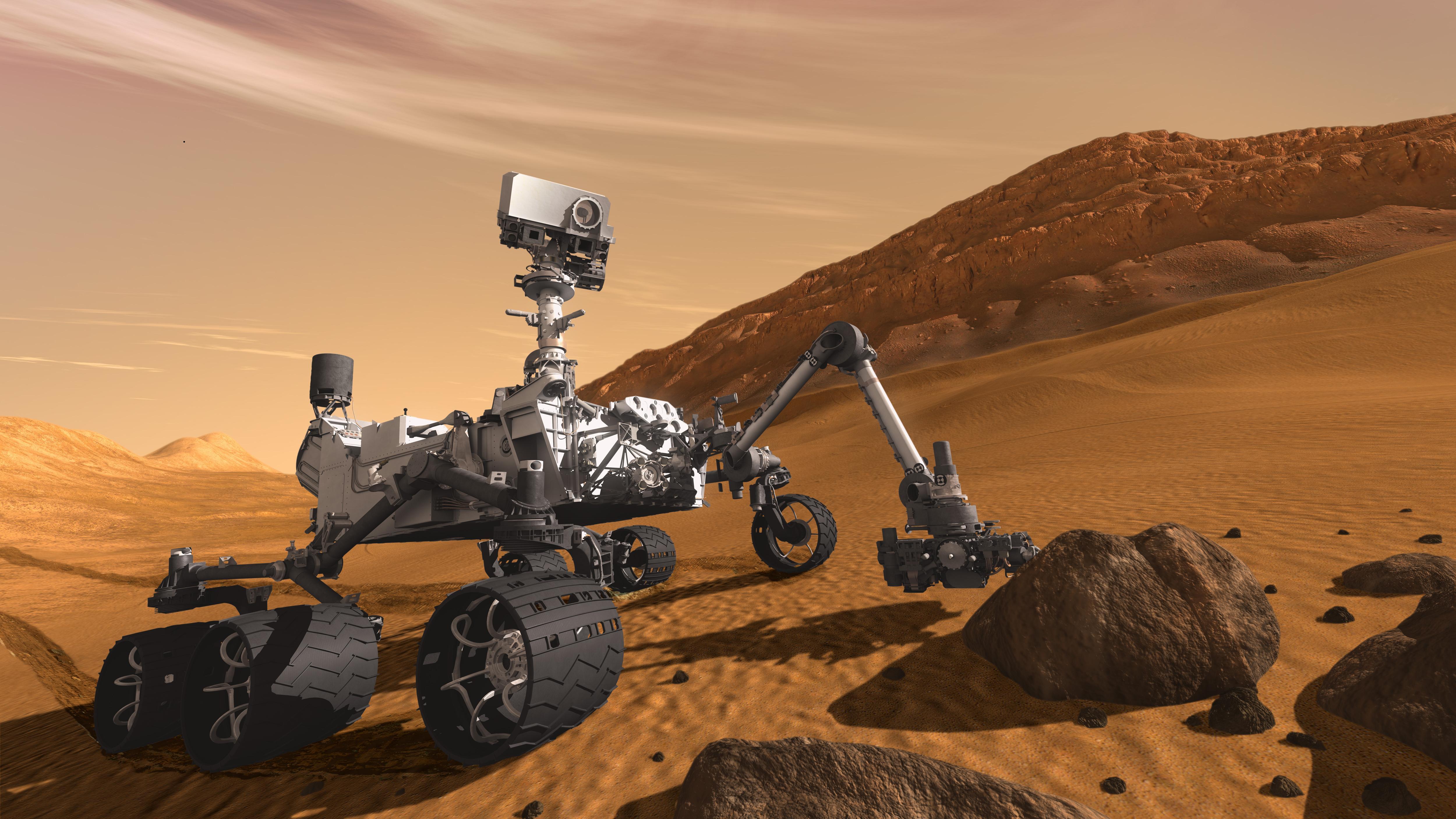 Another application of Machine Learning in the Mars rovers is an algorithm called AEGIS (Autonomous Exploration for Gathering Increased Science) which identifies martian rock formations that might be interesting on its own by using Machine Learning This is because the rover cannot send all the pictures of Mars it snaps back on Earth because there is only limited communication possible. So AEGIS decides which pictures might be interesting or important and then the rover sends them back on Earth for the NASA scientists to study.

Now that astronauts are moving further and further into space beyond the Earth orbit, what will happen if they need medical help? They will obviously not be able to return to Earth for a check-up with a doctor! For this reason, NASA is working on Exploration Medical Capability that will use Machine Learning to develop healthcare options based on the anticipated future medical needs of the astronauts. These healthcare options will be created by certified doctors and surgeons and they will learn and evolve with time according to the astronaut experiences. 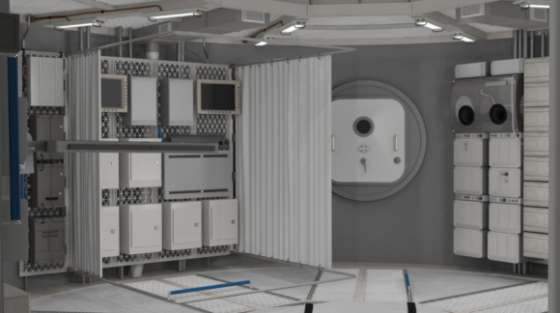 All in all, the main aim of the Exploration Medical Capability is that astronauts stay fit and healthy in space (Especially on long and far-away missions). And unlike what comic books tell you about space, some of the common health risks associated with space travel are radiation hazards, harsh environmental challenges, issues due to gravitational changes, etc. In these situations, the astronauts cannot directly contact doctors on Earth as there is a time-lag and so the ExMC uses machine learning to provide self-reliant autonomous medical care with the help of remote medical technologies.

3. Finding Other Planets in the Universe – Planetary Spectrum Generator

I am sure I don’t need to tell you that the universe is huge! NASA believes that there are around 100 billion stars in the galaxy and out of them about 40 billion may have life. This is not science fiction, NASA actually believes we may find aliens one day! But for discovering aliens, NASA first needs to discover more and more new planets in different solar systems. Once these exoplanets are discovered, then NASA measures the atmospheric spectrum of these planets to find if there is any possibility of life.

While these steps are complicated enough, the problem is that there is no real data available for experimentation! So NASA scientists just generate the required data and that’s where Machine Learning comes in. The Planetary Spectrum Generator is a tool that NASA uses to create 3-D orbits and atmospheric properties of the exoplanets they find. To create a working model for the solar system, scientists use linear regression as well as convolutional neural networks. Then further fine-tuning is conducted on the model before it is ready for training. 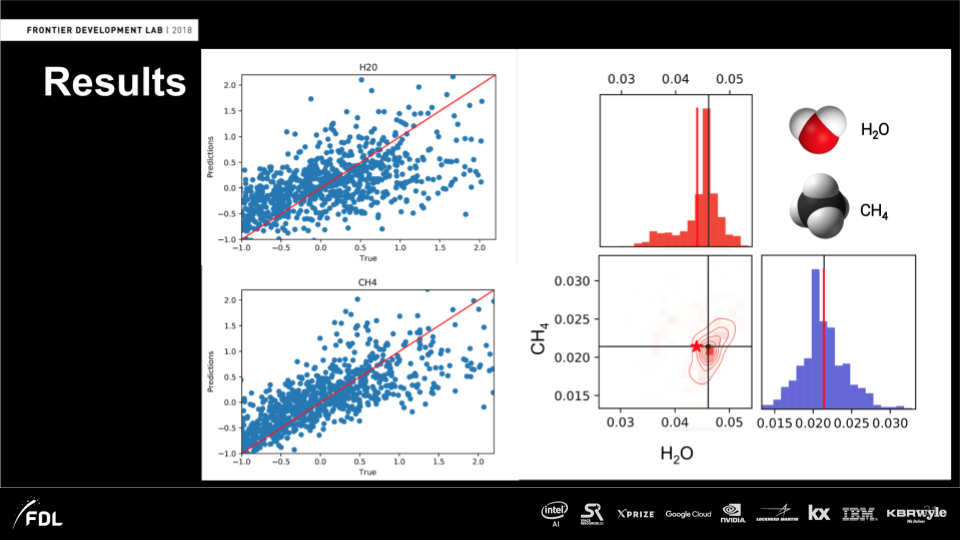 The above image demonstrates the results generated for an exoplanet that demonstrate the amount of water and methane in the atmosphere. As you can see in the CH4 and H2O graph, the black lines denote the predictions that were made using Machine Learning and the red lines indicate the actual findings. As you can see the trained ML model is quite accurate in this situation!

4. A Robotic Astronaut – The Robonaut

Did you think that astronauts could only be humans?!! Well, normally you would be right but NASA has developed a robotic astronaut now. Science fiction is finally coming true! The Robonaut was primarily developed to work alongside the astronauts in space and help them in completing tasks that were quite dangerous for humans. This was necessary as it would increase NASA’s capacity for research and discovery in space which would, in turn, allow us to learn more about the solar system. 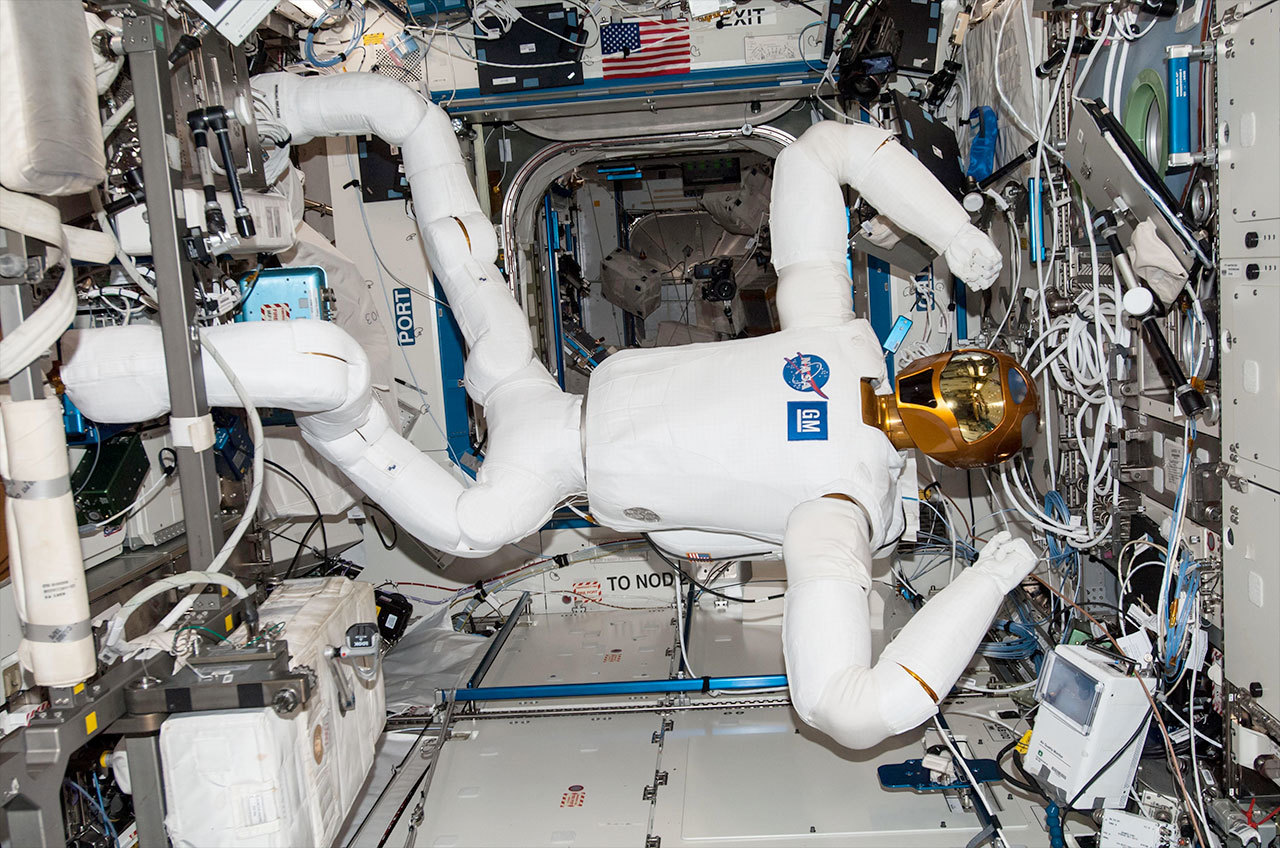 As you can see from this image, Robonaut is now an essential helper in space! To achieve this, Robonaut basically uses Machine Learning to “think” for itself. So the scientists or astronauts can give tasks to the Robonaut and it figures out how to perform them. In general, Robonaut also has many advantages over normal humans like advanced sensors, insanely high speeds, compact design, and much higher flexibility. There is a lot of advanced technology that was used to develop Robonaut which includes touch sensors at its finger-tips, full neck travel range, high-resolution camera, and Infra-Red systems, advanced finger and thumb movement, etc.

What would happen if you got lost on Earth? Well, nothing much! You could just use GPS to reach your destination without a problem. But what if you got lost on the Moon?! Well, you’d better hope someone finds you because GPS doesn’t work on the moon! Or at least it didn’t until now!!! Currently, the NASA Frontier Development Lab is working on a project to provide navigation on the surface of celestial bodies including the moon! This project basically aims to provide GPS even on the lunar surface, just without using multiple very expensive satellites! And that is not an easy task keeping in mind the rocky and barren lunar surface: 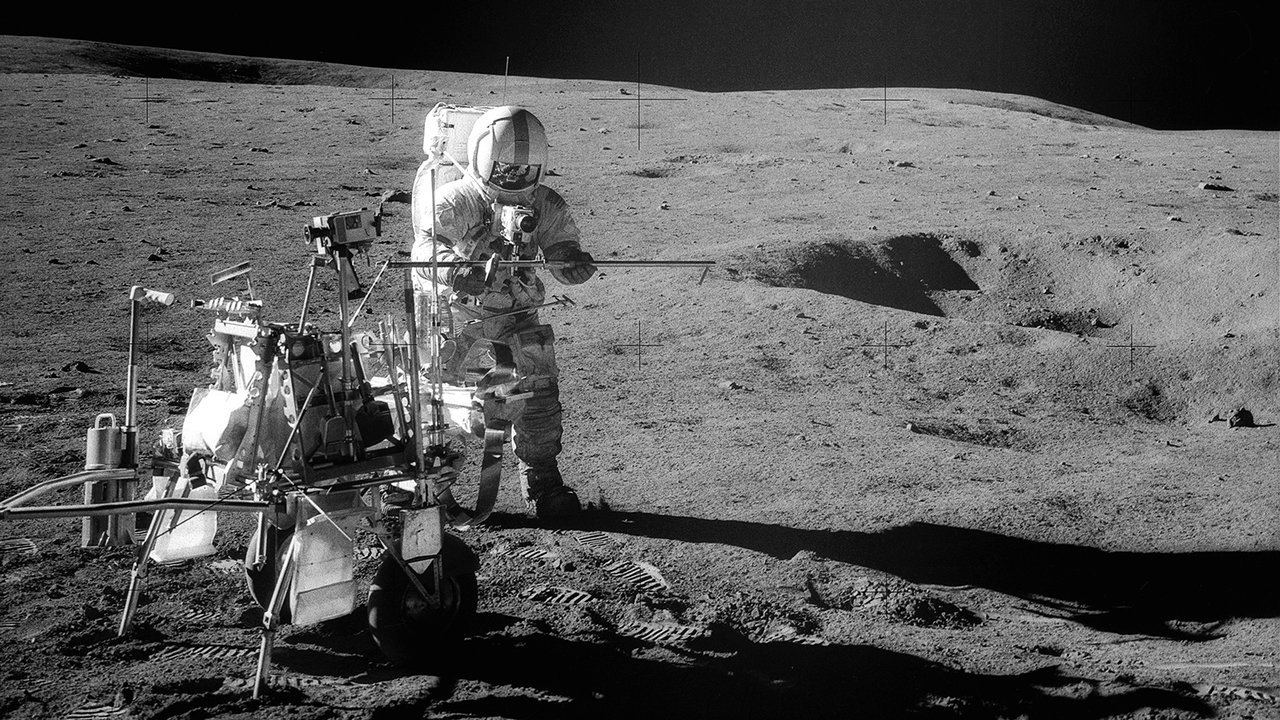 This is done by feeding a Machine Learning System lot’s of images of the moon (2.4 million in this case which luckily NASA already has!) and then creating a virtual version of the moon using neural networks. Then if you are lost on the Moon, you can take images of your surroundings and the Machine Learning System will be able to triangulate your location on the moon by comparing your images with the already created image database of the lunar surface that constitutes the virtual moon. While this technique isn’t perfect (yet!), it is still much better than anything already available and can be used on any planetary surface, not just the moon. And NASA is already hopeful that it can be used on Mars next just in case anybody gets lost on the red planet!