How does C allocate memory of data items in a multidimensional array?

Size and the memory allocation of the multidimensional array: 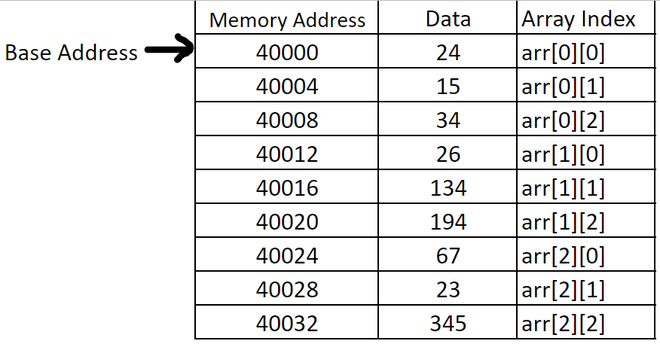 Below is the Implementation of the above concept:

The above code implementation shows how elements are stored linearly in row-major order.