The Open System Interconnection (OSI) model is a standard “reference model” created by an International Organization for Standardization (ISO) to describe how software and hardware components involved in network communication divide efforts and interact with each other.

The OSI model defines a seven-layer set of functional elements, from physical interrelations at level 1 (physical layer) up to layer 7 (application layer). Transmission Control Protocol (TCP) and Internet Protocol (IP) are two network standards that define the Internet. IP defines how computers can receive data from each other on a mutually connected set of networks. TCP defines how such networks can have more reliable channels of communication.

Need of layers in the OSI model : 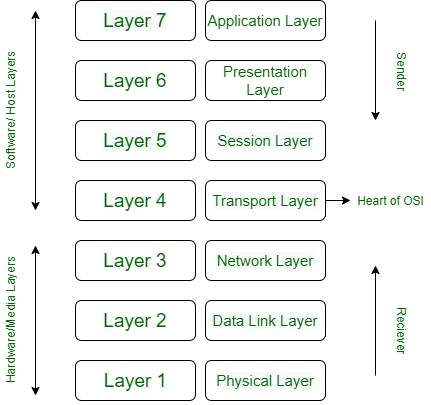 The reasons and advantages of using network architecture are as follows :

The communication process in the OSI/ISO model : 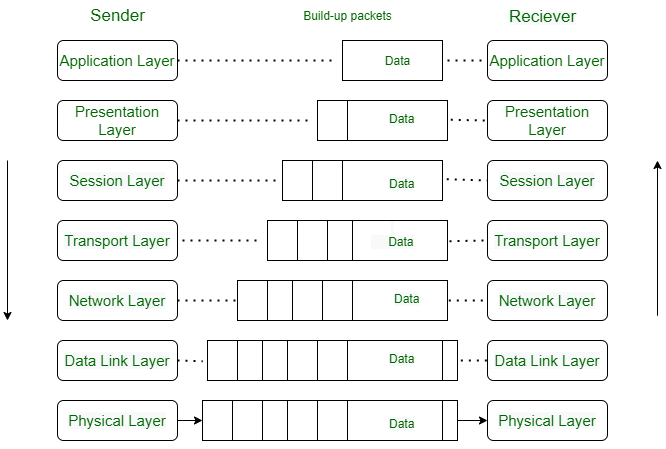