Hot Standby Router Protocol (HSRP) is a CISCO proprietary protocol, which provides redundancy for a local subnet. In HSRP, two or more routers gives an illusion of a virtual router. 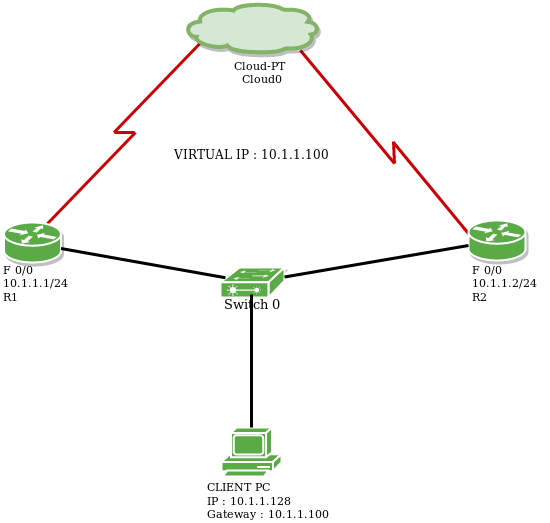 Note : As we have provided priority 110 to r1, therefore it will become the active router.