Hot and Cold Deployment in Tomcat

What is Hot Deployment?

These services can be added to or removed from the running server.it is the process to change in the currently deployed war file without re-deploying it. It is a time-saving process because the developer can simply run the build and have a new auto-deployed code instead of shutdown and startup is massive.

What is Cold Deployment?
Cold deployment is slow as compared with Hot deployment but it is stable. this is defined as a task that requires one or more instances of the server to restart to reflect the changes i.e. for every change, you need to restart the server then changes reflect.

My Personal Notes arrow_drop_up
Next
CSS | Display property
Recommended Articles
Page :
Difference between Apache Tomcat server and Apache web server
20, Jun 20
Embedding Tomcat Server in Maven Project
14, Nov 18
How to store deployment configuration files in Node.js ?
27, Feb 20
Deployment of Angular Application using Github Pages
10, Sep 20
ReactJS | Hot Module Replacement
29, Apr 19
Hot Reload in ElectronJS
28, May 20
Hot Reload in ElectronJS | Set - 2
17, Aug 20
Print current day and time using HTML and JavaScript
15, Apr 19
How to select and upload multiple files with HTML and PHP, using HTTP POST?
03, May 19
What are the differences and Similarities Between Lumen and Laravel?
23, Oct 19
How to hide div element by default and show it on click using JavaScript and Bootstrap ?
30, Dec 19
Find the OR and AND of Array elements using JavaScript
03, Mar 20
How to create a drag and drop feature for reordering the images using HTML CSS and jQueryUI ?
14, Apr 20
How to create X and Y axis flip animation using HTML and CSS ?
26, Apr 20
Login and Registration Project Using Flask and MySQL
19, Aug 20
Websites and Software that help HTML, CSS And JavaScript Developers
20, Aug 20
How to create previous and next button and non-working on end position using JavaScript ?
15, Nov 20
Difference between node.js require and ES6 import and export
26, Mar 20
How to make Incremental and Decremental counter using HTML, CSS and JavaScript?
24, Mar 21
How to implement search and filtering in a REST API with Node.js and Express.js ?
05, Apr 21
Web technologies | HTML and XML | Question 1
16, Aug 14
Identifiers and Keywords in TypeScript
18, Jun 18
CSS | Margins and Padding
23, May 18
Difference Between HTML and ASP
09, Nov 17
Article Contributed By : 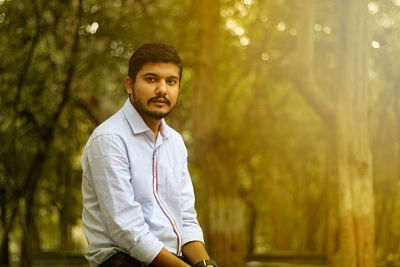